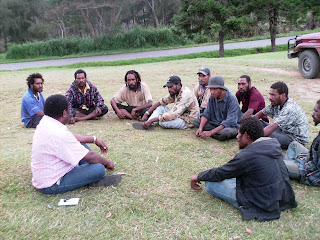 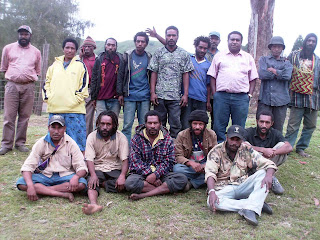 The age-old problem of lack of infrastructure development in the Obura-Wonenara area of Eastern Highlands province continues to plague its coffee growers.
Local leaders, farmers and Coffee Industry Corporation extension officers raised this concern at Kassam in EHP last Saturday to discuss CIC’s new District by District Coffee Rehabilitation Programme.
Obura-Wonenara is one of the coffee troves of Papua New Guinea, however, much of this never gets to market and exported because of poor to nil infrastructure.
It is located north-west of Kainantu and shares political boundaries with Markham, Aseki and Menyamya areas of Morobe province.
Obura-Wonenara covers three local level governments: Tairora-Gadsup, Yelia and Lamari.
Of the three LLGs, Yelia and Lamari are inaccessible by road, being only reachable by air.
Their coffee is airfreighted by Missionary Aviation Fellowship, Summer Institute of Linguistics, Seventh Day Adventist Aviation and New Tribes Aviation, however, this only represents a drop in the ocean for Obura-Wonenara’s coffee production.
As a result, CIC’s new rehabilitation programme is only being focused on Tairora-Gadsup while Yelia and Lamari will have to wait to see their day in the sun.
But even the people of Tairora-Gadsup have problems, according to Anio Koi, a farmer from Abiara village.
“Our concern is that the government must back up our grower aspirations,” he said.
“We have major infrastructure problems such as roads and bridges.
“Coffee can’t come out to market.
“Coffee can stay up to one year or more before being brought to market.
“This root of the problem is no roads.”
Tairora-Gadsup LLG president Maria Seiya and CIC extension officer Anton Nigiramu concurred.
“One LLG is only accessible by air,” Mrs Seiya said.
“One LLG has problems with roads.
“One LLG is alright.”
Mr Nigiramu reported that the rehabilitation programme was picking up momentum despite being initially focused on Tairora-Gadsup.
“The major problem here is that people can’t access markets because of poor infrastructure.”
“They are only accessible by air.
“Their produce comes through MAF and other third-level airlines.”
There is, however, a silver lining to the dark cloud.
“Our Obura-Wonenara MP, John Boito, is trying to fix up the deteriorating infrastructure,” Mr Nigiramu said.
“Most coffee production comes from Marawaka.
“There is also a lot of production in Tairora-Gadsup.
“If we can penetrate Lamari and Yelia LLGs, our production will shoot up.
“We are linking up with district administration, division of primary industry staff, church groups and others in the area.”
Posted by Malum Nalu at 7/27/2009 09:20:00 PM