Self-discovery on the Highlands Highway 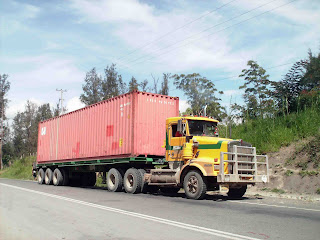 A semi-trailer along the Highlands Highway outside Kundiawa 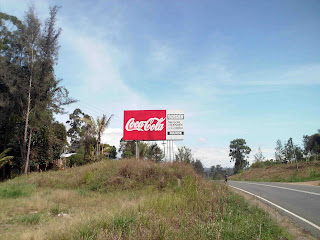 Border of Simbu and Jiwaka provinces at Munde 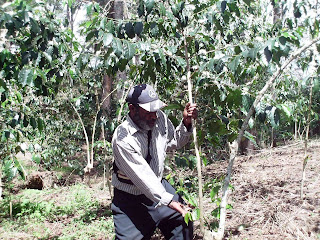 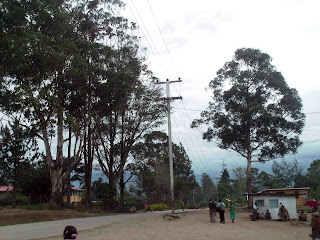 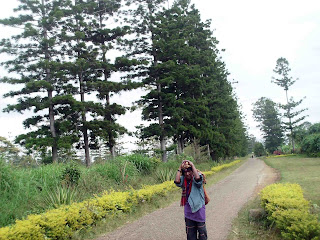 Woman struggles along rundown Minj, Jiwaka province, which is a skeleton of its former self 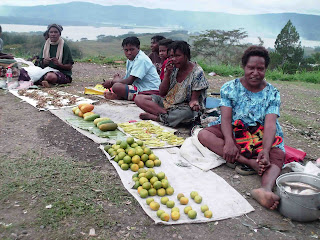 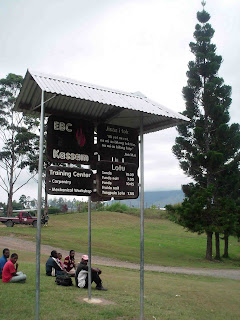 Evangelical Bible Church property at Kassam, Eastern Highlands
Nothing has the ability to expand your horizons quite like an outing on the open road - whether it's a drive down the Highlands Highway or a journey of self-discovery.
The great Highlands Highway is Papua New Guinea’s own version of the great highway routes of the USA and Australia.
The entire highway covers about 700 km, rising from sea level to over 8000 ft and much of it going through some of the most-rugged terrain in PNG.
It is all situated in the tropics and, as a result, tropical downpours coupled with the great elevation cause regular and consistent damage to the Highway and its feeder roads.
Drainage is a critical issue and blocked drains usually result in landslides, landslips, and large sections of the road just falling away.
The highway opened up the Highlands and provided the initial impetus for the coffee industry to flourish and prosper, and provided the initial link for the initial political unification process of PNG.
The highway, for the Highlands, was their gateway to the world, and all of that region’s valuable coffee exports leave by the same route.
Most of what makes modern living possible arrives in the Highlands via the highway, and that entire region’s valuable coffee exports leave by the same route.
The Porgera gold mine would never have been established without the highway, and it continues to be a lifeline for Porgera mine and the oil and gas projects in the Southern Highlands.
At lower elevations, Ramu Sugar has tonnes of sugar exports that get to the Lae Port via the Markham section of the highway.
There is no single infrastructural asset of greater value to PNG than the Highlands Highway.
At its best a road trip is a journey, in both the literal and figurative sense of the word, down unfamiliar roads, fuelled by a spirit of adventure, good conversation, lots of laughs, some breathtaking scenery, a little soulful introspection and perhaps even an epiphany or two.
From July 22-26 I criss-crossed the Highlands Highway from the great Waghi Valley of the new Jiwaka province through to Simbu and Eastern Highlands provinces.
It was, for me, the great coffee road trip with officers of the Coffee Industry Corporation to check out the CIC’s district by district coffee rehabilitation programme which is being piloted in Jiwaka, Kundiawa-Gembogl in Simbu and Obura-Wonenara in Eastern Highlands.
A road trip, no matter the destination or purpose, truly is something that must be experienced.
And it also brought back memories of my days with the CIC from 1998-2002 when I constantly drove along the five Highlands provinces.
It all started on Wednesday last week when I landed in Goroka on an Air Niugini flight from Port Moresby, arriving at a place I’d never quite left, as this land of perennial spring is home to me.
I felt completely at home as I met old mates at CIC like graphic artist Bob Kora, scientific liaison officer Reuben Sengere, extension manager Fabian Api and many others.
I might add as an aside here that exactly 10 years ago, in August 1999, the Nissan Navara I was driving was held up at Dumun in the Simbu province and a brand-new video camera stolen from Bob.
After much negotiation, we managed to get back the camera, which has been used by the CIC for the last 10 years and was still there last week and accompanied us again on our road trip.
We left Goroka just after 6pm for Kundiawa, arriving at the Simbu capital after 8pm, where we overnighted at the Mount Wilhelm Hotel.
Up early the next morning, Remembrance Day, for a drive to the Waghi Valley where we met with contacted CIC rehabilitation service providers at Purigona base camp.
From Purigona, on to Avi to visit a coffee garden, to Banz, alfresco dinner of chicken, kaukau, bananas and vegetables at Kurumul Tea, and on to the Tribal Tops Hotel at Minj where we overnighted.
The next day, Friday, we drove down to Kundiawa where we met with village elders to discuss the rehabilitation programme.
From Kundiwa to Goroka, where we overnighted, and on to Kassam in the Eastern Highlands the next day to meet with coffee growers.
Then back to Kainantu, Aiyura, and back to Goroka at nightfall.
I flew back to Port Moresby the next day so much refreshed after my highway odyssey.
Now there's an idea: jump in the car and just keep ‘rollin' on down the highway’!
Posted by Malum Nalu at 7/30/2009 06:51:00 PM