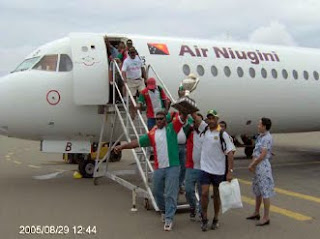 Caption: The Gurias arriving at with the then SP Cup in 2005

The NGIP Agmark Gurias (previously under different names) have been participating in the PNG intercity rugby league competion since its inception in 1990.

Many of these players have either represented the Kumuls in the past or advanced on to represent the Kumuls.

Gurias have had a good record over the history of the PNG Intercity Rugby League Competition, formerly known as the SP Cup, now known as the bemobile Cup.