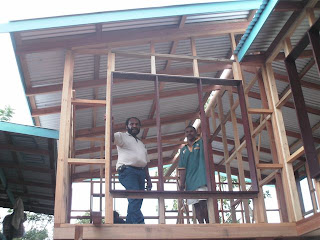 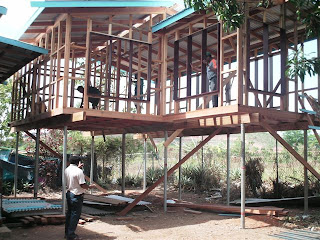 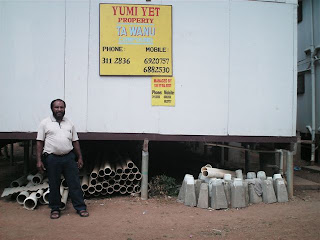 Eke Lama at his Ta Wanu units at Gerehu 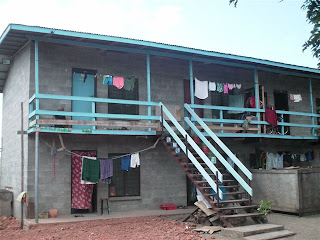 Eke Lama at his new property development at Gerehu 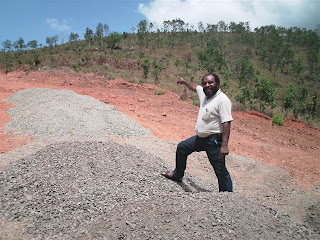 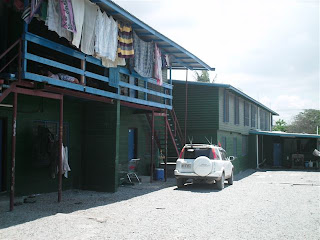 Yumi Yet Properties units at Waigani 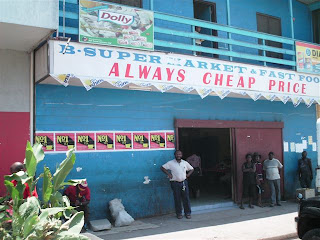 Eke Lama at one of his leased commercial properties at Waigani 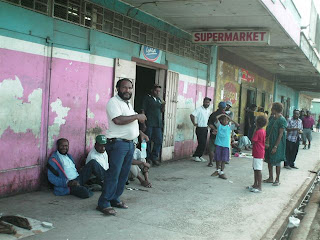 Eke Lama at his second leased commercial property at Waigani 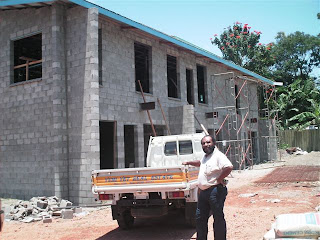 New units being built at Three-Mile 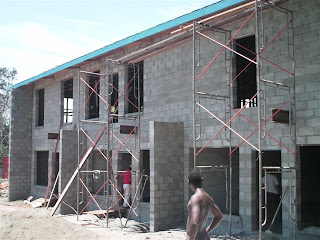 Yumi Yet Properties’ new units under construction at Three-Mile 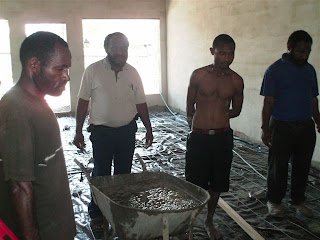 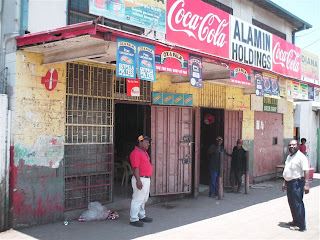 Leased shop at East Boroko
On a hill at Gerehu Stage Two, which offers panoramic views of Port Moresby’s most-populated suburb, a massive property development over 31 hectares is taking place.
Yumi Yet Properties, owned by Southern Highlands businessman Eke Lama, is cutting up the hillside to build more units which can be afforded by the average Papua New Guinean.
He owns residential and commercial property all over Port Moresby and Mt Hagen.
Mr Lama, for those who came in late, is known in Port Moresby as a man who is making housing affordable to hundreds of Papua New Guineans in Port Moresby, me included.
These are simple, self-contained units, nothing fancy a’la Touguba Hill.
“Currently, we have one-bedroom, two-bedroom and hostel-type rooms,” he says.
“We have 237 units altogether in Port Moresby right now.
“We are renting out to average Papua New Guineans.
“We are not ‘cutting their necks’ by giving them affordable accommodation.
“Our units are at Four-Mile, Waigani and Gerehu.
“Across the board, we are leasing for K600, K700, K800 or K900 per month for a one-bedroom unit.
“Our two-bedroom units are going for K1, 400-K1, 800 per month.
“Three-bedrooms are going for K1, 600-K2, 000.
“These are reasonable rates we are giving to Papua New Guineans.”
As we stand on the hill last Saturday marveling at the view, Mr Lama points out where a proposed new freeway, once the LNG project gets underway, would pass through to Jackson’s Airport.
And yet, this self-made success story never made it past Grade Three, and started off buying and selling coffee cherries
“I went to mission school in 1972,” Mr Lama tells me.
“I finished my Grade Three in 1975.
“My ‘university’ finished there.
“I started my business in 1979 in my village, Wala, in Pangia, Southern Highlands province.
“In 1979, with K200, I started buying cherry coffee at 20t a tin.
“When I sold the coffee, I bought goods from Mt Hagen, which I used to run a trade store in Pangia.
“From those humble beginnings, I started spreading my wings
“I started running trade stores at Wala, one at Pangia station, one at Waigani, one in Mt Hagen and one at East Boroko.
“I was in the coffee-buying and trade store business for 25 years, before going into real estate.”
Mr Lama is a relatively new kid on the lucrative real estate block of Port Moresby, only having been there since 2006, but he is already creating ripples.
“I went into the real estate business in 2006,” he recalls.
“I firstly acquired property at Section 378, Lot 10, Gerehu.
“Then I acquired property at Section 42, Lot 14, Waigani, for commercial purposes as well as Section 41, Lot 35 and Lot 5, Waigani.
“I also have one at Section 16, Lot 35, East Boroko.
“And now, we are working on this land, Portion 2577.
“It’s 31.35 hectares.
“I want to build split-level units on the first 9.5 hectares.
“I’m looking at building 240-250 units.
“On the other 22 hectares, I’m going to put up houses.
“I’m planning to put up the first building by December or January.
“I believe I’m going to finish within two years, between 2010-2011.”
For someone who is 55, Mr Lama shows a lot of energy, as he showed by supervising workmen on his properties at Gerehu, Waigani, Three-Mile where a new block of units is going up, and East Boroko last Saturday.
Recently, when I had a plumbing problem at my unit, he was there to take charge of the whole operation.
“I’m 55 years old but I look young and strong because I work from 7 o’clock in the morning to 7 o’clock at night,” he explains.
“I own the properties.
“I don’t let other people run it.
“When I build a house, I’m the foreman.
“I’m the plumber, mechanic, electrician, carpenter, painter, road builder, bridge builder, a jack-of-all-trades.”
Mr Lama says real estate agents are also to blame for the high rentals in Port Moresby
“I don’t want my property to be managed by real estate agents because they put up the rentals by imposing their own fees,” he says.
“I don’t want my tenants to be affected.
“I look after my properties myself, and I only pay tax to the government.”
Mr Lama has also assisted in infrastructure development in his home province for the church as well as in conjunction with the Southern Highlands provincial government, such as church buildings and schools.
“I wanted to help others back at home.
“My business helps church groups,” he says,
“At Wala, my home village, I’m sponsoring 32 students from Grade 9 to university.
“I want to be an example for Papua New Guineans.
“I seriously want to tell Papua New Guineans not to sell out land in Port Moresby or elsewhere.
“Do not be lazy.
“If you want to be a businessman, you have to commit yourself first, and then put your money in.
“If you want to sell buai, cigarettes, run a tradestore, anything, put yourself in first.
“Then put your money in.
“Look after the business like a baby and it will grow.
“When the business starts to grow, there is no looking back from there.
“When you make money, don’t play around with it.”
Mr Lama says the real estate business is a pot of gold, especially with the LNG project coming on stream.
“Real estate business right now is very good,” he added.
“I want to retire after I have completed 300 new units, and when I own 500 units all over Port Moresby.”
Mr Lama can be contacted on telephone 3236979 or mobiles 6920757 and 72200653.
Posted by Malum Nalu at 10/09/2009 11:21:00 AM