Kalibobo Spirit is shipshape for 2010 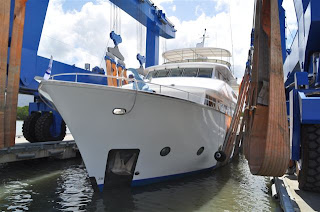 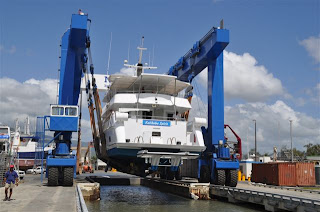 “The ship returned to PNG on Christmas Eve after it had a complete paint job undertaken by the shipyard and night vision and infa-red camera was installed to improve safety on the ,” Sir Peter said today.

Kalibobo Spirit provides the perfect way to see the coastal ports, islands and in .

The 30m vessel was built in ,   and is owned and operated by Sir Peter’s Melanesian Tourist Services based in Madang.

The ship is fully-stabilised, carries the latest navigation equipment including sonar and provide luxurious accommodation for up to 16 guests in four queen, three singles and a state room, all with ensuites, air conditioning, television and telephone.

There is a dining room, lounge, cocktail bar and three covered decks to observe and relax.

Facilities aboard the vessel include two zodiac tenders, a fast aluminium river boat that can carry 20 passengers at 50mph along the and tributaries and on selected cruises a helicopter.

The ship is equipped with a dive shop which enables guests to dive some of the most-pristine waters in the world.

Whilst the Kalibobo Spirit is primarily for charter, several cruises to the are scheduled.

Since the Kalibobo Spirit arrived it has had cruises throughout the Bismarck Sea including Manus, New Ireland, Rabaul, West New Britain, Siassi, Madang, , and to the .