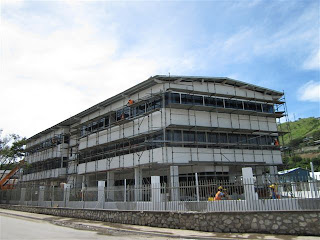 View of IPA Haus at the bottom of Lawes Road.-Pictures by MALUM NALU 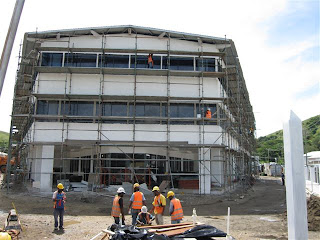 Workmen at IPA Haus on Sunday 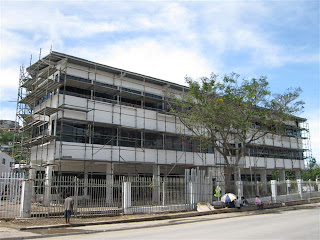 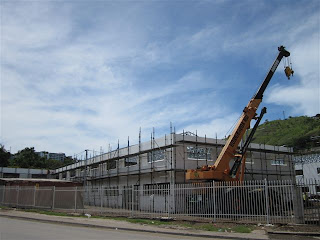 Crane at work at IPA Haus on Sunday

Work on Nasfund’s IPA Haus along , is progressing well with work expected to be completed by Jan 31, 2010.

I visited the project site on Sunday and saw workmen hard at work to meet the Jan 31 deadline.

The construction of IPA Haus and ‘The Factory’ is part of Nasfund’s ‘Archipelago Project’, which began in the concept stage in 2006-2007.

The project was designed around building an ‘arc’ of construction projects at the 2km edge of , which would capitalise on the highway access, marine facilities and harbour view access.