Growing a solid career in agriculture 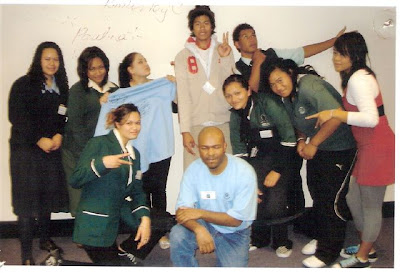 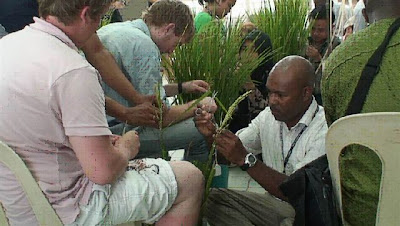 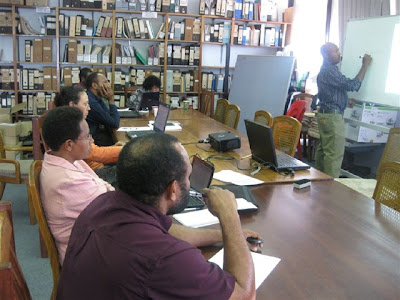 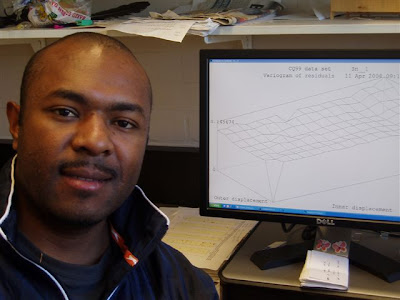 Abner Yalu
Abner Yalu from Bukawa, Morobe province, is one of Papua New Guinea’s most highly-skilled up-coming agriculture experts with a Bachelor of Science degree from University of PNG, post-graduate certificate from University of Technology and Masters from University of Queensland.
The 30-year-old is departing for his MPhil/PhD with Queensland University of Technology (QUT) and Commonwealth Scientific and Industrial Research Organisation (CSIRO), Australia, in July 2010.
Mr Yalu is a biometrician (applied statistician) and plant breeder (quantitative genetics).
He is currently the leading biometrics consultant for all National Agriculture Research Systems (NARS) such as National Agriculture Research Institute, Fresh Produce Development Agency, Coffee Industry Corporation, Cocoa Coconut Institute, Oil Palm Research Association, etc) in Papua New Guinea.
Mr Yalu has resigned from NARI with the aim of starting his own consultancy firm.
He has run over 20 statistics and biometrics training workshops and has trained over 100 professional PNG researchers in government and non-governmental organisations.
His understanding and expertise in adult learning, learning styles, skills and action learning has made all his training workshops very enjoyable and intellectually-rewarding for all who’ve attended.
Mr Yalu has produced a number of statistics training materials including the ‘Mind Map’ of statistical tests that is used in deciding which statistical tests to apply in different research contexts.
His present biometrics/statistics trainings target surveys and experimental designs, data analysis and interpretations using statistical techniques such as linear models, mixed models, multivariate statistics, non-parametric, and results reporting and also use of statistical packages such as Genstat, R and SPSS.
Some of his consultancies in the past include Australian Centre for International Agriculture Research (ACIAR)-funded biometrics trainings for NARS and World Vision in 2005-2006.
Mr Yalu also has international biometrics consultancy experience with Queensland Department of Primary Industries (QDPI&F) and tutoring biometrics at the University of Queensland, Brisbane, Australia.
He has plant breeding experience in both self and open-pollinated crops such as taro (Colocasia esculenta) and sweet potato (Ipomea batatas).
His professional experience in the release of four new PNG-bred hybrid taros by NARI are detailed in his book ‘Taro Improvement and Development in Papua New Guinea’ which can be found on the website:
http://www.apaari.org/wp-content/uploads/2009/08/taro-papua-guinea-final.pdf
He is well-versed with quantitative research analytical techniques from mixed models to multivariate statistics including MET and pattern analysis and biplots and calculating breeding values, combining abilities, heritability and etc.
Mr Yalu’s quantitative genetics knowledge also includes overseas research experience working on bi-informatics projects using online genetics databases to identify genetic sequences, breeding wheat for rust resistance and analysing genotype by environment data of pine tree evaluated across Australia.
He was also trained in rice (Oryza sativa) research to production in the Philippines in 2009.
His experiences have exposed him to extreme physical environments and conditions doing field work in remote places over long periods.
He is well-experienced in carrying out rural surveys, appraisals and impact assessments. He has taken part in surveys such as technology dissemination of rice in East Sepik province and taro in Morobe province.
Mr Yalu is a self-taught expert in adult learning and learning skills such as memorisation, study, thinking, learning, reading, writing and public speaking skills and setting and achieving goals.
He coaches high school and university students and any interest persons on his free time on voluntary basis as community service.
He was a mentor and coach at the Polyvision 2007-Pacific Youths of Tomorrow at the Ipswich Campus, Ipswich, University of Queensland, Brisbane, Australia.
His greatest passion is to help young people achieve their dreams in life the way he is living his at the moment.
Mr Yalu was born on Sept 14, 1979, to a Lutheran pastor father from Gobadik and a primary school mother from Lae.
He did his Grades One to Six from 1987-1992 at Ogelbeing Primary School in Western Highlands province, Grades Seven to 10 from 1993-1996 at Hagen Park High School, Grade 11 at Fatima Secondary in Western Highlands in 1997 and Grade 12 at Malala Secondary in Madang in 1998.
From 1999-2002, Mr Yalu was at UPNG studying for his Bachelor of Science Degree.
He joined NARI as a cadet scientist from 2003-2005, during which time he completed his post-graduate certificate in scientific communication/adult learning from Unitech, and from 2006-2008 did his Masters in Agriculture Studies, specialising in biometrics and quantitative genetics.
Posted by Malum Nalu at 3/31/2010 07:36:00 PM