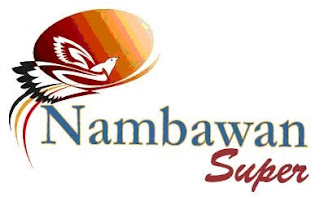 10% interest crediting rate for members and increases its reserves.

By any measure, 2009 was a difficult year for business and investment.  The global financial crisis (GFC) battered a wide range of industry sectors around the world, tightening the global flow of money and putting intense pressure on investment markets.

To some extent, the economy was sheltered from the worst of the GFC’s impact.  A number of the Fund’s investments thrived during the year, against the worldwide downward trend that saw billions wiped from share market capitalisations.

Against these very challenging conditions, the Board is very pleased to report that the Fund has delivered yet another solid result for our members. The Board’s prudent approach to managing members’ money has stood the Fund in very good stead.  This places the Fund in a strong position to take advantage of improvements in the various markets for the benefit of our members.

After tax profit for 2009 was a very respectable K191 million.  Interest of 10% (which equates to K236.5 million) has been approved for crediting to member accounts, including the Retirement Savings Accounts (RSAs) of retired members.  Offset against a headline inflation rate of 5.7%, the declared interest rate represents a positive real return of 4.3%, the seventh year in a row, since the reforms, in which the Fund has delivered double digit interest and, most importantly, real returns to members.

The Board also approved an interim interest rate of 3% for members leaving the Fund in 2010.

Determining the annual interest rate is a very serious decision for the Board of Directors. Account is taken of the audited financial statements of the Fund for the year, and consider all aspects that have bearing on the financial outcome, not just the after tax profit figure. The Board makes sure proper accounting standards are met.  It also factors in economic forecasts for the next few years, to make sure it sets aside sufficient reserves to meet the prudential requirements set by the Bank of Papua New Guinea.

Simply put, the Board does not drain your asset bucket to boast an artificially high interest rate. As you would appreciate, superannuation is a long term commitment. The Board’s job is to make sure that the Fund is sustainable over the long term so it will be there when the member comes to retire, however many years away that may be.

While double digit interest crediting has been approved for the year, Reserves have increased to K74.7 million from the 2008 levels of K66.6 million. Maintaining reserves at such prudent levels can help          reduce the impact on members of future market ups and downs.

In spite of the difficult investment conditions, the Fund’s total assets increased to K2.83 billion, an increase of K210 million over the 2008 total of K2.62 billion.  Income of K249 million was derived from the Fund’s investments, largely attributed to good performance in interest earnings, property revaluations, international shares and exchange rate benefits arising from the drop in value of the Kina.   The Fund has been prudent, responsible and conservative in the valuation of our investments.  This is reflected in only 33% of our total income being unrealised “paper profits”.

Membership of both the Fund and the RSA continued to grow during 2009.  By the end of the year 113,564 Papua New Guineans had entrusted Nambawan Super with the care of their superannuation money, with membership growth double that of the previous year.  Following this positive trend, the RSA also attracted a significant number of new members, people who recognise the value of leaving money in their account to help fund their later retirement years. The growth of the RSA is welcome on another level, as it represents a strengthening of the culture and habit of saving among our members.

All in all, the Fund’s performance and achievements in 2009’s challenging environment were very pleasing.

In the context of the regulatory environment in which the Fund operates, implementing good corporate governance practice and taking a careful and prudent approach to managing members’ money have long been priorities and they will continue to be priorities of the Board.

On behalf of all Fund members I would like to take the opportunity to thank my fellow Board members for their wise counsel and support throughout the year. I also extend a personal thank you to Nambawan Super’s dedicated management and staff and all service suppliers for their hard work and their energetic commitment to the Fund and its members during 2009.