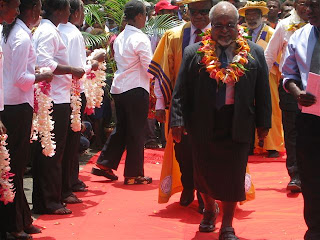 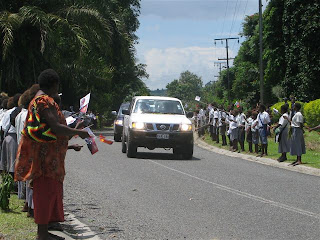 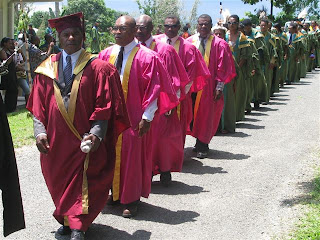 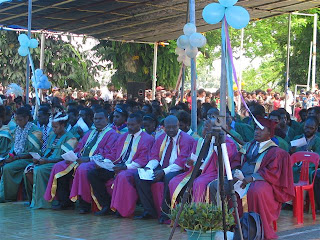 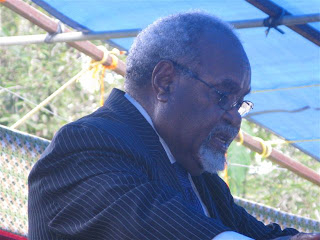 Prime Minister Sir Michael Somare has emphasised the importance of discipline among staff, students and administration in higher learning institutions in the country.

In his keynote address at the 13th graduation ceremony of the of and Environment at Vudal in province last Friday, he said PNG had been experiencing frequent disruptions to classes that were not addressed in a timely and convenient manner.

The UNRE has had its share of student unrest with a major disruption to classes last year.

“This is of grave concern to the Government that provides the greater part of finances for infrastructure, logistics equipment as well as subsidies and scholarships,” Sir Michael said.

“It is of equal concern to parents and guardians when their children’s learning is disrupted as a result of conflicts.

“As a developing nation, we cannot afford such indulgences and must take positive steps towards minimising the likelihood and antagonism between the various groups on our campuses.

“As head of the executive Government, I challenge councils and administering authorities of all tertiary institutions of education to explore and put into place appropriate and acceptable guidelines or rules that will promote, enhance and sustain harmony and orderly operations of all institutions of learning.”

Sir Michael called on the six universities and three research institutions to share resources and where possible, to conduct joint research.

“Research should influence and inform teaching at our universities,” he said.

“It should drive development and contribute to building research capacity of staff and our top students.

“Today I call on universities such as the Natural Resources and Environment University, research institutes and other institutes of higher learning to enter into constructive dialogues as you strive to meet the demands of this country, understand the current social needs and prepare courses that address future aspirations of this country.

“The success of the sector is critical for achieving our national objectives in improving our human capital and raising technical capacity.”

Sir Michael said higher education played a vital role in the Government’s Vision 2050 to ensure that PNG had the necessary human resource capacity to implement the plan and contribute to the social and economic development of PNG over the next 40 years,

Sir Michael congratulated graduands on their achievements and wished them strength and perseverance in their working life.

“May you strive to be the best in your profession while at the same time providing service to your country,” he said.

“Lastly, I commend all the parents, relatives and guardians who have had faith in your abilities and have been there for you.

“It is equally a celebration for them and your respective communities.”

Meanwhile, hundreds turn-up at the UNRE’s Vudal campus to get a glimpse of the ‘Father of the Nation’.

His presence added significance to the annual ceremony which for the first time was held in the beginning of the year unlike the traditional November ceremonies held previously.

Students from both of the University’s campuses - Vudal and Popondetta – received their qualifications.

Damien Toki graduated with a Masters degree in management while 13 of his post-graduate course mates received graduate certificates in management.

Forty-five of these diplomats came from the University’s Popondetta campus.

Preparations for Sir Michael’s visit were not restricted to the UNRE.

Local communities cleaned up the road From Kokopo to Vudal and students from several primary schools lined up along the road with flags to welcome him as he traveled to the UNRE campus.