Coffee prices up by 20% in June

By AUGUSTINE DOMINIC of CIC
Coffee price in PNG has increased by 20% this month (June 2010) compared to the same period in the previous year.
Chief executive officer of the Coffee Industry Corporation Navi Anis said the increase was due to low production owing to adverse weather conditions in competing coffee-producing countries, especially in Central America and , thus increasing market demand and shifting coffee buyer focus to PNG and other Asia Pacific countries. 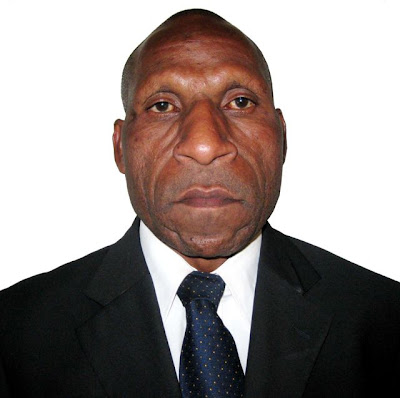 Coffee Industry Corporation CEO Navi Anis
He said from the current trend of the world market supply and demand, the prediction was that the price may continue to be maintained or improve for the next six months but that depended on the response from the affected producing countries to meet the world market demand.
Anis said, however, that there had been generally a steady increase in the coffee price over the last 10 years since 2001 and 2002.
He said CIC had been encouraging farmers to continue maintaining their bond with the coffee tree and those who have heeded to CIC’s advice were now capitalising on the high coffee prices.
“The common and consistent message from CIC to the major coffee growing areas of PNG, is that there is no other major alternative but to maintain constant link with coffee and those who have not, unfortunately could be missing out, as their chance is limited,” Anis said.
He said CIC could not stop farmers from switching from coffee to vegetable cultivation during off coffee season periods, however, considering various factors including perishability and market availability of vegetables, there were more risks involved with vegetables than coffee.
Anis further encouraged farmers to be in organised groups to reap maximum benefits from coffee projects and other opportunities such as the increase in coffee price currently being experienced throughout the country.
Factories around PNG were purchasing green bean Arabica Coffee at an average price for A grade at K8.99, X grade at K8.43, PSC-X at K7.83, and Y1 grade at K7.62in June 2010.
In the same month last year factories were buying at an average lower price per kilogram for K7.73, K7.12, K6.72, and K6.51respectively for each grade.
The parchment Arabica coffee was bought between the range of K4.50 to K4.80 per kilogram in major coffee-growing provinces for Class One and Class Two was bought at K2.90 to K4.60.
In the same period last year, Class One was bought at the range of K2.80 to K4.20 per kilogram and Class Two was bought at a range of K2.50 to K4.00.
CIC’s acting manager economics Shane Kewa supported Mr. Anis and said the increase in coffee price was due to bad weather conditions in major world coffee-supplying countries in South America, the 20% drop in Robusta production in and the 4.7% drop in the European stockpile.
Posted by Malum Nalu at 6/30/2010 09:22:00 PM