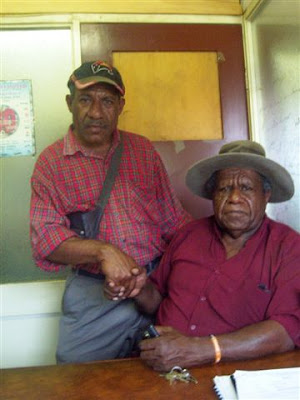 A coffee farmer in the highlands has called on the Government to establish a lending bank solely for the coffee industry.
“Coffee is the major export revenue earner and involves the majority of the rural population, therefore it deserves a bank of its own,” says Francis Warigiso.
Warigisio, a long-time coffee farmer in province, claimed there was no commitment by the Coffee Industry Corporation and relevant government agencies in promoting the coffee industry and supporting small coffee groups and individuals.
He is a key figure in the success of the Namauka and Lupae coffee business development groups.
“Coffee industry makes a lot of money for the country but where is the money going to?” Warigisio wonders.
“I believe it is about time that the money is pumped into establishing a coffee bank – a bank that only coffee farmers can utilise.
“These are public funds that should be used in improving the coffee industry especially for the sake of the future generations.”
Warigisi, a onetime provincial politician who started producing coffee more than 20 years ago, suggested that a major coffee survey be conducted to seek the views of the coffee farmers and stakeholders.
“Many coffee farmers, producers, buyers and stakeholders are not satisfied with the services provided by CIC and other government agencies and will support moves to revitalise the industry,” he said.
Warigiso said coffee export licences were given to those who were not genuine in developing the industry.
The levy collected from coffee sales should be given back as a bonus to the farmers, he added.
From Fimito village outside Goroka, the enterprising farmer, who also grows rice, said any monies raised from coffee should be used wisely to improve the industry and to benefit the farmers who worked so hard.
More funding should be used to set up coffee nurseries in every district.
Warigiso said many Papua New Guinea-owned coffee groups were operating successfully because of good management.
These groups deserved more support from the government due to increase in costs of goods and services.
Posted by Malum Nalu at 7/26/2010 07:22:00 PM