Address to the Lowy Institute for International Policy, Sydney - Resetting the Relationship: The future of Australian engagement with Papua New Guinea 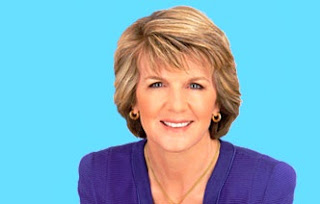 Your Excellencies, distinguished guests, ladies and gentlemen.
I am delighted that High Commissioner Charles Lepani is here this evening. He is a good friend of Australia and works tirelessly to improve awareness and understanding of PNG amongst Australians, as well as build the people to people connections that are important to a healthy bilateral relationship.
Papua New Guinea is an enormously complex nation.
It is regarded as the most linguistically diverse country on earth with more than 800 languages spoken by its 6.5 million citizens, with over 80 per cent of its population existing on subsistence farming.
Development in Papua New Guinea is in part hostage to its geography.
Many of its local communities are some of the most remote and inaccessible in the world.
As a country, it is less urbanised than all others, except Burundi.
The reality of this was brought home during my recent trip to Papua New Guinea, during which I had the opportunity to visit the first LNG project in the country currently under construction in the Southern Highlands.
The partners in this $15 billion project include Exxon Mobil as operator, Oil Search, Santos and the PNG Government.
We flew into Moro, and were required to take helicopters to reach the deepest parts of the Highlands region – the usual mode of transport for people, equipment and supplies connected with the LNG project.
It is a land of unbelievable beauty with impressive mountains and cliff faces rising up out of dense lush rainforest.
Wild rivers wind their way through deep, rugged gorges.
The sheer logistics of constructing massive LNG facilities in this remote and seemingly untouched location must be a nightmare.
Yet, I had asked an Exxon representative how the project would rate in terms of difficulties, compared with other similar projects in developing countries around the world, with a score of 1 being easy and a score of 10 being extremely difficult.
Interestingly he gave this project a very positive score of two from the location and logistical perspective, but a score of nine for the social and cultural challenges.
In other words, the mammoth task of constructing conditioning plants, production facilities, airstrips, roads, accommodation camps for thousands of workers, as well as a 750 km pipeline across the mountains and a 400 km seabed pipeline to Port Moresby, was relatively manageable compared with the task of managing the demands, fears, grievances and expectations of the landowners and local villagers.
It must also be noted that it is a land where geography and limited state capacity have combined to ensure that government services and infrastructure are noticeable mainly for their absence.
This pretty well sums up the two sides to the Papua New Guinea story.
On the one hand, Papua New Guinea is at an important juncture in its development.
It is on the verge of a mining and resource boom that should generate massive foreign exchange inflows with the potential to radically alter the course of its economic and social development.
With the number of large mineral resource projects soon to come online, there is a sense of optimism and expectation that a new beginning for the country is just around the corner.
If current forecasts are realised, the mining and resource projects, planned and underway, will more than double the size of the PNG economy within a decade.
While there has been over 20 years of mineral exploration in the country, the PNG LNG project alone is expected to double the country's gross domestic product and triple its exports.
It is the largest private sector investment ever undertaken in Papua New Guinea and is expected to produce over nine trillion cubic feet of gas over the course of its life.
The first deliveries of LNG are scheduled to take place in 2014.  Supply contracts have already been signed with key buyers in Japan, Korea and China.
According to an economic impact study by ACIL Tasman, the project:


"has the potential to transform the economy of Papua New Guinea, boosting GDP and export earnings, providing a major increase in government revenue, royalty payments to landowners, creating employment opportunities during construction and operation, and providing a catalyst to further gas-based industry development."