Once a farmer, always a farmer


Former Lae MP and well-known banana farmer Bart Philemon was pleasantly surprised when he attended a family gathering between Yanga and Wagang villages on Saturday, Nov 16. 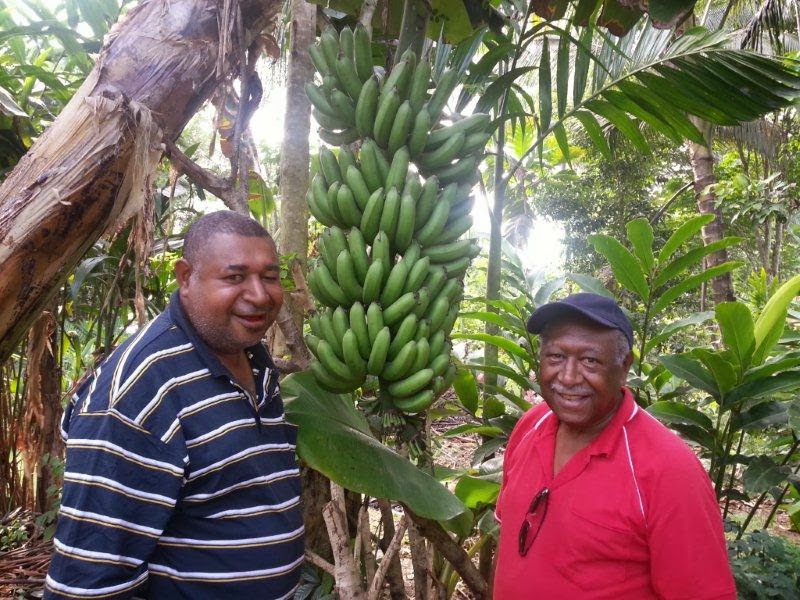 His nephew, Ahi Nako (left), showed him a big bunch of bananas, offspring from Philemon’s farm at Malahang outside Lae.
Philemon supplied bananas to supermarkets, resource projects and institutions around the country, and even exported to Australia and New Zealand, before entering politics in 1992 and was a four-time Lae MP until 2012.
Philemon is now on the board of several major companies in life after politics.-Words and picture by MALUM NALU
Posted by Malum Nalu at 11/27/2013 10:50:00 PM