PM O’Neill thanks Duke of York for his visit 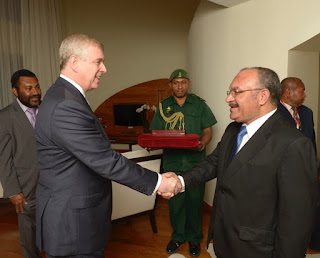