Papua New Guinea is believed to be on course to sign up to a Free Trade Agreement (FTA) with China after Foreign Minister Rimbink Pato visited the country’s Foreign Minister recently in Beijing. 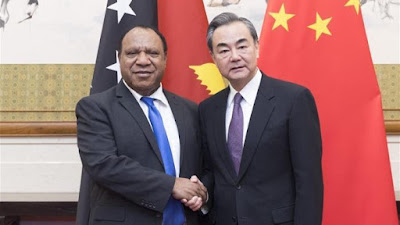 Mr Pato met with Foreign Minister Wang Yi last Friday to reportedly discuss the possibility of an FTA agreement between the two countries in November at the Asia Pacific Economic Cooperation (APEC) summit Papua New Guinea is hosting.
According to Chinese state media site Xinhua, Mr Wang said Beijing was ready to enhance bilateral coordination and cooperation with PNG under the APEC framework.
He added that President Xi Jinping would visit PNG and attend the APEC Economic Leaders Meeting in November, and that both sides should take this opportunity to promote bilateral cooperation and deepen cooperation in the ‘One Belt, One Road’ initiative as the countries moved into a new era.
PNG is now listed on China’s FTA Network website as being a country “under consideration”, along with Fiji — the site provides no further information on the status of the talks. 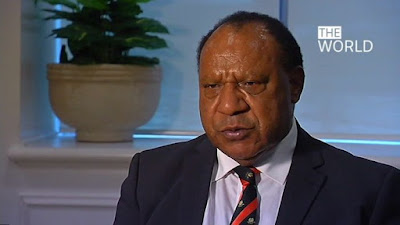 The move comes amid debate around China’s growing influence in the Pacific and the effectiveness of its aid program.
Ahead of the meeting, Mr Pato told the ABC’s The World program the country would welcome aid from China.
“Clearly because of the timing of which they [China] have decided to provide support, particularly in infrastructure, and because we’re new to the partnership there could be challenges but these are things that we will work together to address.”
According to PNG’s Post Courier, the two governments are expected to sign a memorandum of understanding in November, when Mr Xi visits PNG.
The two foreign ministers also reportedly discussed visa fee waivers for government officials and diplomats in China and PNG, the Post Courier said. 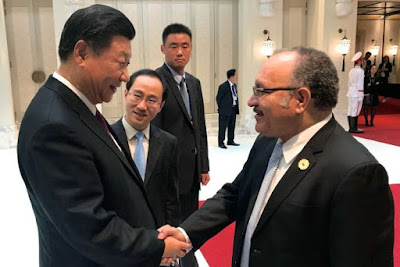 The announcement comes just days after two large Chinese-aided projects were opened in Port Moresby as part of the ‘One Belt, One Road’ initiative.
While the Australian Government previously expressed scepticism over China’s efforts to build influence in the Pacific through infrastructure projects, PNG Business Council executive director Douveri Henao said China was not the only country doing it. 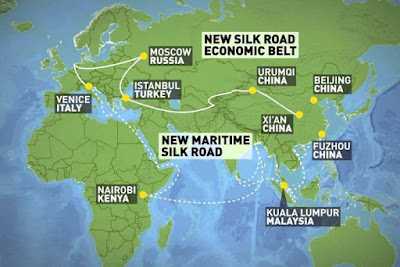 He welcomed the potential of an FTA with China.
“If the patch of the Silk Road can come down further from Myanmar, Vietnam down to Indonesia and then into Papua New Guinea, we’d be welcoming that because that improves our supply chains, it improves our value chains in exporting into the largest market in the region,” he said.
“Certainly from a PNG point of view, we would be in alignment with the aspirations of President Xi Jinping in infrastructure development.”
When asked whether the Australian Government was concerned about the developments, a spokesperson for the Department of Foreign Affairs and Trade (DFAT) said that “Australia welcomes regional efforts to promote trade and economic growth through FTAs.” 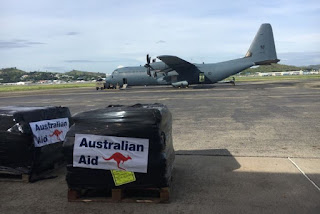