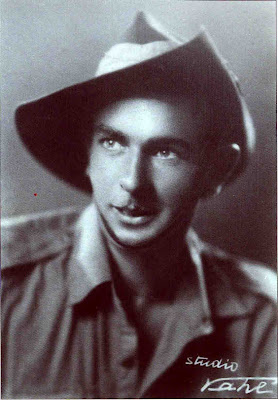 Isurava, which Australian Prime Minister John Howard visited in August 2002, was the site of a significant World War 11 battle.

Few Australians or Papua New Guineans seem to know the tremendous story of courage and tenacity at Isurava, but it is hoped that some will take the time to learn about it, especially after the Australian Prime Minister’s visit.

Mr Howard’s visit was even more momentous in that the 60th anniversary of this significant World War II battle critical to keeping Australia free from invasion fell on August 29, 2002.

The four-day Battle of Isurava along the Kokoda Trail in 1942 would not, in isolation, be regarded as a victory for Australian forces.

It was however vital to Australia’s security, because it bought Australian and American forces the time they needed to fortify Port Moresby and ultimately stem the Japanese invasion of Papua.

By the time of the Battle of Isurava, Darwin had already been bombed and Japanese midget submarines had penetrated Sydney Harbour.

Those veterans who took part in this battle should be very proud of their service.

It has already become an important part of the heritage of all Australians and deserves to be honored likewise by Papua New Guineans.

By late August 1942, the Japanese South Seas Force had fought its way into the Owen Stanley Range.

Four companies of the Australian 39th Battalion were drawn up in a defensive perimeter of Isurava village.

With support from the 2/14th and 2/16th battalions, 21st Brigade, Second Australian Imperial Force, their orders were to push the Japanese back beyond Kokoda.

On the afternoon of August 27, Japanese forces struck at the 39th Battalion, and only a determined Australian counter-attack forced back the enemy that day.

Attacks against the Australians continued throughout the next day, and
increased in intensity on 29 August.

At noon an enemy breakthrough threatened the whole left of the Australian position.

Before he fell to a sniper's bullet, Kingsbury cleared a way for his comrades, who were then able to restore the position.

Private Kingsbury’s bravery was recognised by the award of the first Victoria Cross in the fighting in Papua New Guinea.

Indeed, Kingsbury’s VC was the first VC ever won on Australian territory, as Papua then was.

In New Guinea, the Battalion to which Private Kingsbury belonged had been holding a position in the Isurava area for two days against continuous and fierce enemy attacks. On 29th August, 1942, the enemy attacked in such force that they succeeded in breaking through the Battalion's right flank, creating serious threats both to the rest of the Battalion and to its
Headquarters.

He rushed forward firing the Bren gun from his hip through terrific machine-gun fire and succeeded in clearing a path through the enemy. Continuing to sweep enemy positions with his fire and inflicting an extremely high number of casualties on them, Private Kingsbury was then seen to fall to the ground shot dead by the bullet from a sniper hiding in the wood. Private Kingsbury displayed a complete disregard for his own safety.

His initiative and superb courage made possible the recapture of a position which undoubtedly saved Battalion Headquarters, as well as causing heavy casualties amongst the enemy. His coolness, determination and devotion to duty in the face of great odds was an inspiration to his comrades.

"To him go out the grateful thanks of those whose lives he saved that day by freely giving his own. Wherever men speak of courage, wherever men speak of sacrifice, he will be remembered, his name ever an inspiration and a challenge". (unit historian)

The fighting spirit of the militia men of the 39th Battalion at Isurava also earned for them the admiration of the battle-hardened soldiers of the Second AIF.

Two platoons of the 39th Battalion had been cut off along the Kokoda Track.

On August 29, as these exhausted men struggled into Alola village, they heard that their mates were under tremendous pressure from enemy attack at Isurava. Immediately they turned round and headed off to help them.

However, by the evening of August 29, despite their determined defence of the village, the Australian position at Isurava had become untenable.

What followed was the famous fighting withdrawal down the Kokoda Track during September 1942, which ended with the Australian dig-in on Imita Ridge on September 17, 1942.

From Imita, there was no further retreat.

On September 28, the Japanese began their withdrawal back across the Owen Stanleys along the Kokoda Track, having come within sight of the sea and the lights of Port Moresby on Ioribaiwa Ridge opposite Imita.

Whatever the estimate among historians of the immediate and medium term gains and losses for the Australians at Isurava, the courage and determination of those involved was in the finest traditions of Australian soldiers in battle.
Posted by Malum Nalu at 12/11/2007 04:38:00 PM

Email ThisBlogThis!Share to TwitterShare to FacebookShare to Pinterest
Labels: isurava