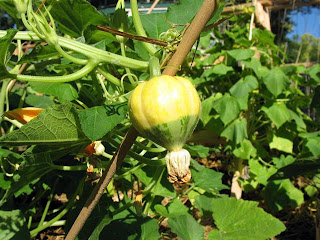 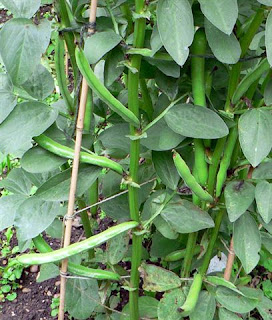 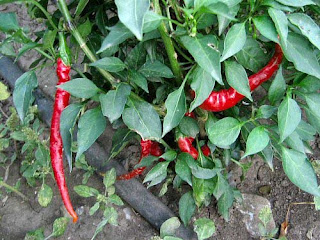 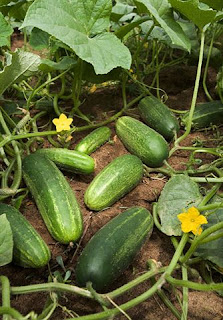 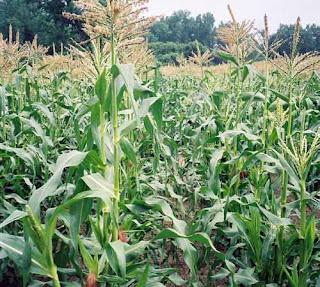 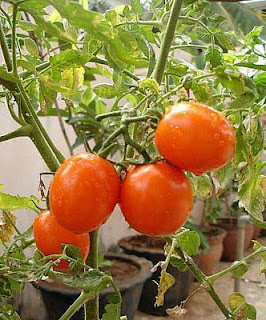 Peppers are great plants to grow in your garden.
Why?
They are a main ingredient in salsa and hot sauces.
Even the peppers that are mildly hot can be used in the kitchen.
Peppers can be dried through traditional methods such as tying up, much like herbs, or slow roasting them on low heat in the oven for a few hours.
The peppers can then be ground up into spices.
is a popular pepper to dry and use ground up.
Peppers are easy to grow even if you have a shorter growing season than some.
Hot peppers tend to take a little longer than the sweet peppers (such as banana and bell peppers) and are better to start seeds inside or start by transplants.
They are similar to tomatoes in growth and likes and dislikes.
Not many pests affect peppers, as the leaves and stems are quite nasty and are toxic to most creatures when ingested.

There is nothing like a ripe, red, juicy tomato, or even a few cherry tomatoes or some green and yellow tomatoes.
Red is just the traditional color everyone thinks of when they hear about tomatoes.
But the other colors are quite tasty and great in pastas.
Tomatoes are quite easy to grow.
In most cases, starting the seeds inside under grow lights or buying transplants is the way to grow the best tomatoes.
Tomatoes like warm climates and do not tolerate frost well even when well established.
Cherry tomatoes are a fun tomato to grow.
Cherry tomatoes are like miniature tomatoes.
They are small and usually very sweet.
They are fun to grow in containers and great to use in salads or as a snack for the kids.

These are probably the easiest of the vegetables to grow, especially when the weather is very warm.
They are warm weather crops and don’t tolerate frost well. But they love the warmth of the color black and often grow vigorously when planted in old tires.
Zucchini are in the squash family and are very similar in culture to squash.
There are many varieties of squash including the winter squash which matures later.
Pumpkins are closely related and also do well in tires and containers.
Take an old tire and fill in with soil.
A good soil mixture would contain amounts of perlite or vermiculite to help moisture retention.
Since these plants are planted during the hot summer season, they will need lots of moisture retention properties.
Mound up the soil in the center of the tire and plop in three to four squash seeds.

Fresh cucumbers from the garden are a wonderful addition to your salad or even just as they are.
They are similar to squash in that they love warm weather.
You can grow the cucumbers, like the squash, in tires and in mounds of soil.
There are two main types of cucumbers: the vining ones and the bush types.
The vining cucumbers will vigorously produce in the best conditions.
They might produce all summer long.
They might also need some sort of trellis to grow on or a long piece of yard since they vine out everywhere. Better yet, grow your cucumbers along with your corn and they will use your corn stalks as a pole to climb on.
That way you don't waste space.
The bush type cucumbers grow in bush fashion, only growing so high and so wide when they produce. These cucumbers are great for container gardening or if you don’t have a lot of space.

Beans are wonderful to grow and there is so much taste in fresh green beans.
There are many varieties of beans that you can grow.
Pole beans can grow quite tall and get out of hand if not ready for their vigorous vining growth.
They will need some sort of support. A pole bean tower is recommended.
This tower is a six foot (or higher) tower that allows the beans to climb up the tower in a smaller area. It makes it easier to harvest the beans.
Bush beans are beans that don't quite grow as prolific as their pole bean counterparts, but they can produce just as much if the conditions are right. Bush beans are great for containers and smaller areas.
While green beans are the most popular, beans do come in many shapes and sizes, even colors.
Harvest regularly to get the most out of beans.
They will be ready to harvest in as little as 60 days from planting.
If you want smaller yet extended harvests of the beans, then succession planting is recommended. Succession planting is planting a row, then waiting about two to three weeks, and planting another row. That way, the rows will mature and produce at different times, giving an extended harvest.

Corn is planted by seed usually in rows.
Corn does better if a lot is planted.
At least a five-foot plot is recommended to get the best results and best pollination rates.
Corn self-pollinates but it needs other corn near it to do so, so it is vital to have several rows of corn.
Corn growth is dictated by large amounts of space, but there is corn that is better for smaller spaces.
This corn doesn’t grow quite as tall or long as the other varieties.
Push the corn seed at least a half inch into the ground.
This helps avoid common pests such as birds and other seed eating creatures.
Cover the seeds and make sure the corn is kept watered.
Don't let it dry out.
Plant the corn at least six inches apart in the row with the rows about 10 inches apart.
More space is recommended for disease and pest control.
In a more controllable environment such as a container, however, the rows and plants can be sown closer together.
There are many varieties of corn with a common one being the sweet corn variety.