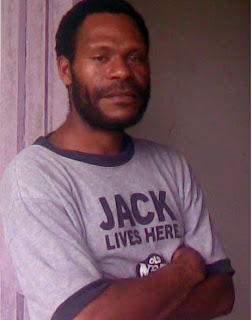 students currently studying in mainland have contributed a total of K1, 000 towards the tuition fee of a final year student in Madang.

The students, who are scattered all over China,  gave what  little they got from the Chinese Scholarship Council as part of their scholarship allowance towards Michael D. Kapus’ (pictured) tuition fee.

Michael is a fourth-year health management student at DWU.

He is from province.

In an e-mail dated Feb 19, Michael shared his sad financial situation with students in that he would not be able to complete his studies.

“It is already week four of the schooling year but I am still hanging around the school to fill my withdrawal form,” he said.

“I need only K4300 but nobody is able to help me and my parents could not afford as they are very poor and exhausted.”

DWU refused to allow Michael to register due to insufficient funds.

The students quickly responded with an e-mail to DWU administration to allow Michael’s registration while funds were collected.

A total of K1, 000 was collected and sent through Madang Westpac last Thursday.

The PNG students studying in are predominantly Christian.