bemobile reflects on the year that was 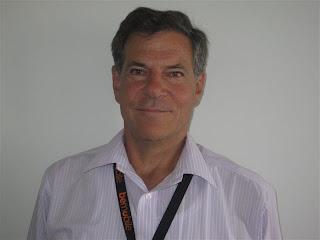 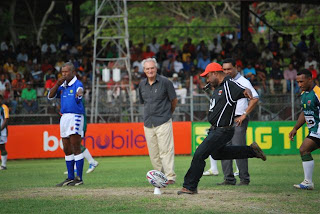 By STELLA BITA of bemobile

“It was a challenge not knowing what we were going into but good support from the previous sponsors and the national community helped pull us through the year.”
This was the response by bemobile’s deputy CEO John Papazian (pictured) on the first year of sponsorship by bemobile for the bemobile Cup.
The bemobile cup will finally come to a close for the year 2009 on Sunday, Oct 18, after the grand final match between Rabaul’s Agmark Gurias and the Enga’s Toyota Mioks.
This comes after 18 challenging weeks of co-ordinating bemobile Cup games held in four main centres of the country.
But for bemobile, this first year of sponsorship, though challenging, was a great learning opportunity for both the management and the staff of the mobile company.
“The bemobile cup competition is one that is growing from strength to strength,” Mr Papazian said.
“The sponsorship by bemobile enabled the competition to become a flagship event, hence, promoting bemobile provincially and regionally.
“All in all it was great learning opportunity.”
bemobile’s move to sponsoring the cup was based on a more family-oriented perspective.
bemobile, as the major sponsor, had the intention of making the games more family-oriented with rugby league one of the most-liked sports in the country.
bemobile’s chief commercial officer, Chris Raps, says bemobile is still looking into means and ways of improving and encouraging crowds, particularly families, at the bemobile Cup games.
“Sport, basically any sport, is a social and economical tool for the country, but we here at bemobile have opted to sponsor rugby league as it seems to have a great impact in PNG,” he said.
The bemobile cup competition was launched on June 4, 2009, at the Lamana Gold Club in by the NCD Governor, Powes Parkop, and witnessed by many corporate and statutory heads.
The competition began on June 21, 2009, with a match between the two city Teams, CIVPAC Vipers and Masta Mak Rangers, at the Lloyd Robson Oval.
The Official kick off was performed by bemobile board chairman, Anthony Smare (pictured).
Matches were also played in Lae, Goroka and Wabag.
With this year’s competition over and done with, bemobile is hopeful to put into action what they have learnt throughout the first year of sponsorship and make the bemobile Cup competition bigger and better next year.