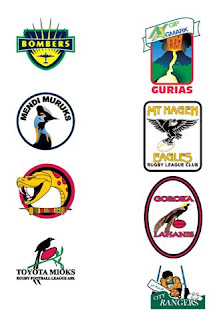 By STELLA BITA of bemobile

The Papua New Guinea National Rugby League is certain that next year’s bemobile cup competition will be bigger and better.
Operations manager for bemobile cup, Joe Tokam, made this known when expressing his satisfaction about the entire competition.
“2009 competition went smoothly,” he said.
“I would like to thank the supporters and spectators of the franchise teams for supporting in good spirits and enhancing a peaceful atmosphere throughout the season.”
He said the reports on riots and disturbances throughout the competition were minor compared to previous incidents in the earlier competition.
He was impressed with the franchise companies for a job well done.
“The franchise companies did very well despite the fact that the league fraternity was not properly organised and I would like to express gratitude to franchise owners for sponsoring their teams,” Mr Tokam said.
He outlined that this year, the competition started very late, therefore, clashing with the international matches scheduled in October.
He said for 2010, the competition would begin in early May, so that there was no clash on venues during the bemobile tournament.
Meanwhile, Mr Tokam is still working on a strategy to help increase the cash flow in all centres where bemobile tournaments are held.
He said to date, only and Lae were up to date on cash flow takings, but the other centres were yet to pick up.
“I am thankful to the bemobile staff for their time and efforts in coordinating the games,” Mr Tokam said.
“Thank you for your tireless efforts in making the bemobile cup 2009 a success up till the grand final.
“The grand finale will put a halt to the tireless weekends and sleepless nights that many of the staff went through.” Mr Tokam said.
bemobile will be sponsoring the competition over a three year period and spending over K600, 000 per year.