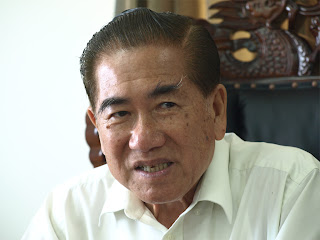 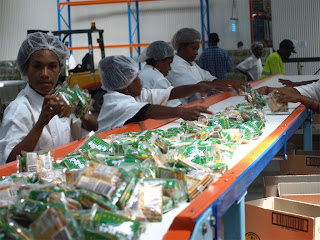 Captions: 1. The popular Snax biscuits being produced at the new factory yesterday.-Pictures by GABRIEL LAHOC. 2: Sir Henry Chow…a dream come true with the opening of the new factory

This brand-new biscuit-manufacturing facility is a modern and functional one and is the biggest stand-alone biscuit-making factory in the Southern Hemisphere, comparable in standard with any similar factory in Australia.

It will provide employment to some 450 people and with some of the best-working conditions and remuneration packages in PNG.

The two biscuit-making lines are installed in the main factory building and the administration building will accommodate administration, planning, accounting and marketing.

The staff facility building has a fully-equipped kitchen and a large dining room which can prepare and provide meals and caters for 200 persons at one seating.

Lae Biscuit Company will provide meals to all staff at no cost to them.

Ablution and laundry facilities are up to international standards for a food-manufacturing facility.

"This is the best food-making facility in PNG," he said.

"Nothing can compare with it."

Sir Henry said he came up with the idea of a new factory after Lae Biscuit Company found out that demand for the its popular Snax biscuits was outstripping supply.

"This new factory, when fully functional, will produce 100 tonnes of biscuits a day," he said.

"We will be able to fully meet our (PNG) needs for the next five years."