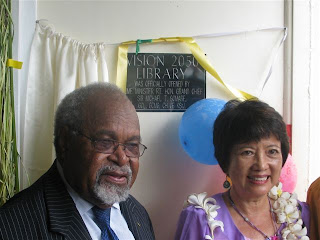 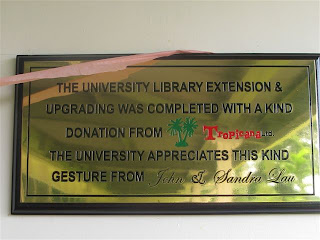 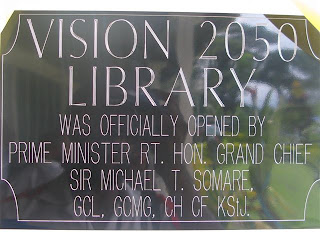 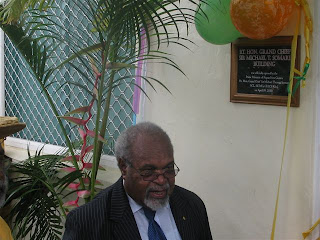 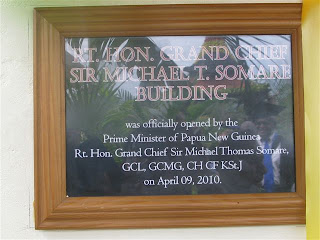 He opened the buildings immediately after officiating at the UNRE graduation.

The library extension and upgrading was completed with a K100, 000 donation from leading Kokopo business house, Tropicana, through its owners John and Sandra Lau, while UNRE chipped in with K400, 000.

Work started on the new library in the middle of 2009 and was completed at the end of the year.

The problem of a cramped library from the old days of UNRE as is now a thing of the past with students now having more space for study in air-conditioned and carpeted furnishings.

There are more study tables and space for library staff has also been improved.

The administration building, named after Sir Michael, was completed in 2008 with staff moving in last year.