Papua New Guinea's national Australian Rules team are the International Cup champions after a three-point win at the Melbourne Cricket Ground.
The Mosquitos scraped home against a strong Ireland side, reversing the result of the previous grand final in 2011.
Goal-kicking captain, Mick Finn, gave Ireland a strong start, kicking the first two goals of the match.
Ireland stayed in front for three quarters and PNG went into the final quarter three points behind, 3.8 (26) to Ireland's 4.5 (29).
The Mosquitos then hit the lead for the first time through Brendan Beno before Finn responded immediately with his fourth goal.
John Ikupu put PNG in front with four minutes to go and Gideon Simon followed up to put the Mosquitos nine points ahead.
The two late goals were enough and the side lead by John James Lavai took out the championship, 6.9 (45) to 6.6 (42).
The Cup's been held every three years since 2002, bringing together fans of Australian Rules football from some unlikely places.
PNG has been the only team to make all four grand finals and now has won the championship twice.
Teams fronted up from Finland and Sweden, France and Britain, Canada and the US, Ireland, Japan, India, Indonesia, China, Pakistan and South Africa.
There were also teams from Pacific nations PNG, Fiji, Tonga and New Zealand.
Posted by Malum Nalu at 8/24/2014 08:33:00 AM No comments:

2015 Pacific Games is pleased to announce two domestic television broadcasters who will provide coverage of the Games.
They are EMTV and Click Pacific Ltd who have signed on as non exclusive domestic right holders for the 2015 Pacific Games.
EMTV will be PNG’s lead broadcaster of the 2015 Pacific Games.
In this capacity they will be working closely with the Host Broadcaster in shared efforts to broadcast up to 24 hours a day coverage of the Pacific Games on free-to-air TV throughout PN, as well as streaming and mobile coverage..
EMTV will be the exclusive broadcaster of the opening and closing ceremonies in PNG.
They will also be streaming coverage through the internet and to mobile applications.
CEO of EMTV and Media Niugini Ltd Bhanu Sud said, EMTV’s mass market television coverage across PNG means that our people will be able to watch and enjoy the performance of team PNG at the Games.
“We are thrilled with the opportunity to bring to our countrywide viewers first class Games coverage, featuring daily highlights and analysis of Team PNG across all sporting disciplines.
" On the 10th of September we will be launching an exciting show called the “Road to Port Moresby 2015 Games, which will feature progressive updates of preparations for the Games”.
Click Pacific Ltd will be the “2015 Pacific Games Channel” and will be broadcasting up to 24 hours a day of Games on pay TV throughout PNG and the Pacific.
Click Pacific, a new television company who will be launching their new service in PNG in October, will offer its subscribers high definition coverage of the Pacific Games, making it the first ever Games offered in HD.
Richard Broadbridge , CEO of Click,  also added, “as a new Pay TV station the opportunity to join in the broadcast of the Games gives our company a great marketing platform. We are very confident that the subscribers who sign up for our service will appreciate the unique coverage and programming that a Pay TV station such as Click will provide”.
CEO of the 2015 Pacific Games Peter Stewart says both companies are investing significant resources into production in order that PNG viewers get maximum coverage of the Pacific Games, and they will be joined by other companies who will broadcast the Games outside of PNG to the rest of the Pacific and to the rest of the world.
“These two companies have demonstrated that there is a huge market and appetite for the Pacific Games in PNG.
Betwe"en them almost 50 hours of Pacific Games coverage will be available every day to viewers. "The people of PNG will be well served by the offerings these companies will provide—the excitement of Port Moresby will be shared across this great country.
“The 2015 Pacific Games is for all of Papua New Guinea and coverage of the Games to as many parts of the country through the engagement of these broadcasters brings the Games right to peoples homes, making the Games truly Papua New Guinean”.
Announcement of the additional rights, including radio coverage is expected to be made in the next few weeks
Posted by Malum Nalu at 8/24/2014 08:13:00 AM No comments:

A World Bank Group report released on Friday August 15 says that eight in ten businesses in Papua New Guinea suffer substantial losses and security costs as a result of high rates of crime and violence, slowing business expansion and hampering the country’s economic development.
More than 80 percent of 135 companies surveyed said their business decisions are negatively influenced by the country’s law and order situation, with crime significantly increasing the cost of doing business.
The expense of avoiding criminal damage limits firms’ ability to grow, deters start-ups, and imposes significant long-term social costs on the country.
“Crime in Papua New Guinea constrains businesses and threatens to put the brakes on the economy,” said Carolyn Blacklock, Resident Representative in Papua New Guinea for IFC, the member of the World Bank Group that focuses on private sector development in emerging markets. “Local firms not only struggle to be competitive as they seek to manage crime, but they also pass on these costs to consumers via higher prices, less choice, and the absence of new products and services. This is bad not just for business, but the economy as a whole.”
The World Bank Group report, entitled “The Cost of Crime and Violence to Businesses,” draws on a survey and interviews conducted with the local business community, and is the first study in the country to comprehensively assess the impact of crime and violence on local enterprise.
The report finds that security in particular represents a significant and growing expense for businesses. 84 percent of the country’s firms pay for security hardware, such as installing specialised gates and security alarms, which is 30 percent higher than the average in the East Asia and Pacific region.
Hiring private security consumes on average five percent of firms’ annual operating costs.
Companies are also suffering direct losses averaging K89,000 ($33,000) per year from stolen property and about K71,000 ($26,000) annually to petty theft by employees. 38.5 percent of companies reported closing their businesses early each day to avoid becoming victims of crime, resulting in losses of income estimated at an average of K93,000 ($34,000) per year. “Everybody in PNG is losing money and time to crime,” said Alys Willman, World Bank Social Development Specialist and co-author of the report.
“While the report assesses direct losses from crime and violence, we can never calculate the investment foregone, the expansions to new products and areas that never happened, the number of businesses that never opened their doors, or the jobs that were never created because the costs of security were too high. These costs are all passed on to consumers – and everybody suffers.”
Businesses are also worried about broader social costs, the report found.
High levels of crime and violence create fear, which constrains the movements of staff and customers and stigmatizes the young, who are often seen to be perpetrators of violence and crime.
Domestic violence, in particular, intrudes into the workplace, contributing to absenteeism and affecting morale and productivity of staff.
Official police data, and data from Government-led victimization surveys, suggests that crime has stabilized in the country over the last decade, though there are significant disparities across regions. There is evidence however that violent crime may be increasing as a proportion of overall crime, especially in recognized ‘hotspots’ such as the Western Highlands, Madang, Lae and the National Capital District.
In Lae, incidence of violent crime more than doubled in 2010 compared with 2008.
The World Bank report is part of its wider Research and Dialogue Series on the socioeconomic costs and drivers of crime and violence in Papua New Guinea. Carried out at the request of the PNG government, the report draws on an extensive review of existing data, a survey of 135 businesses conducted by the PNG Institute of National Affairs, in-depth interviews with business owners, and consultations with businesses and employees carried out from 2012 to 2014. 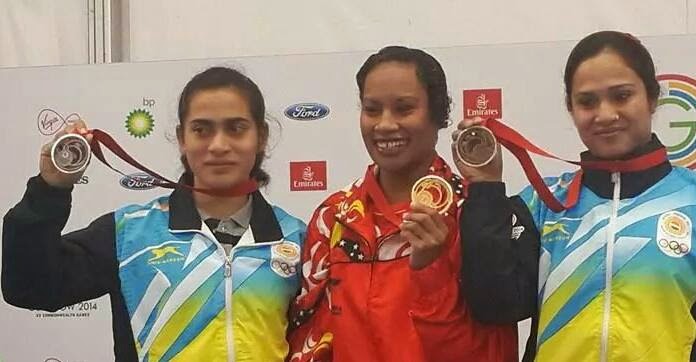 As a result, Ms Amalaha has been disqualified from her event at the Games, with her result in the Women’s Weightlifting 53 kilogram competition nullified.

Ms Amalaha has returned her gold medal and Glasgow 2014 Quaich.

The ruling follows a hearing before the CGF’s Federation Court, presided by HRH Prince Imran, after the analysis of both A and B samples confirmed the adverse analytical findings of amiloride and hydrochlorothiazide, both prohibited as diuretics and masking agents under class s5 of WADA’s Prohibited List.

Ms Amalaha did not contest the findings at her hearing before the Federation Court in Glasgow today.

The gold medal for the woman’s weightlifting 53-kilogram competition will now be awarded to Dika Toua from Papua New Guinea, with the silver going to Santoshi Matsa of India and the bronze to Swati Singh, also of India.

Toua lifted 193 kilograms in the competition to set a new Commonwealth Games record.

In accordance with the CGF Anti-Doping Standards the documents pertaining to Ms Amalaha have now been referred to the IWF and WADA for their further consideration.
Posted by Malum Nalu at 8/03/2014 09:21:00 AM No comments:

Flowers of the morning 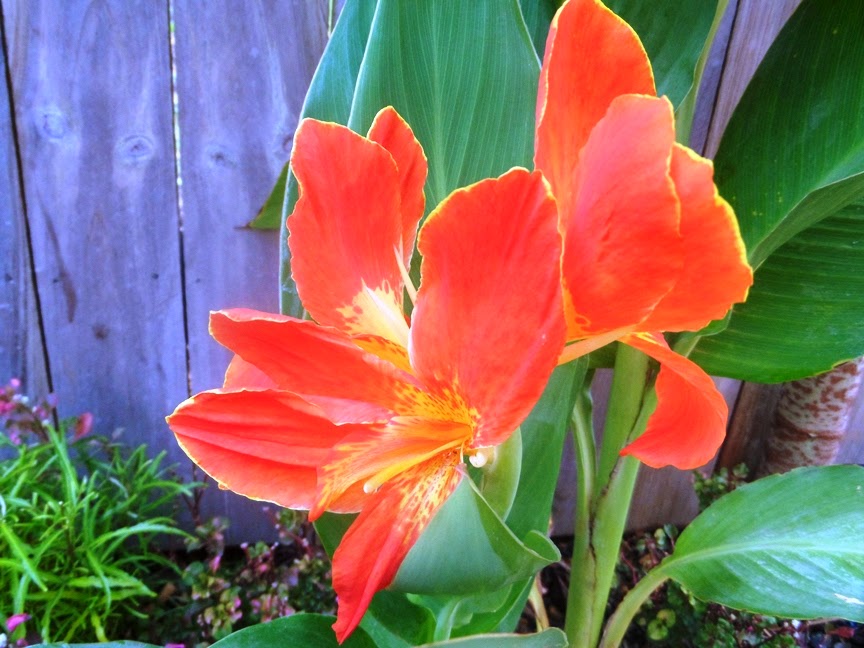 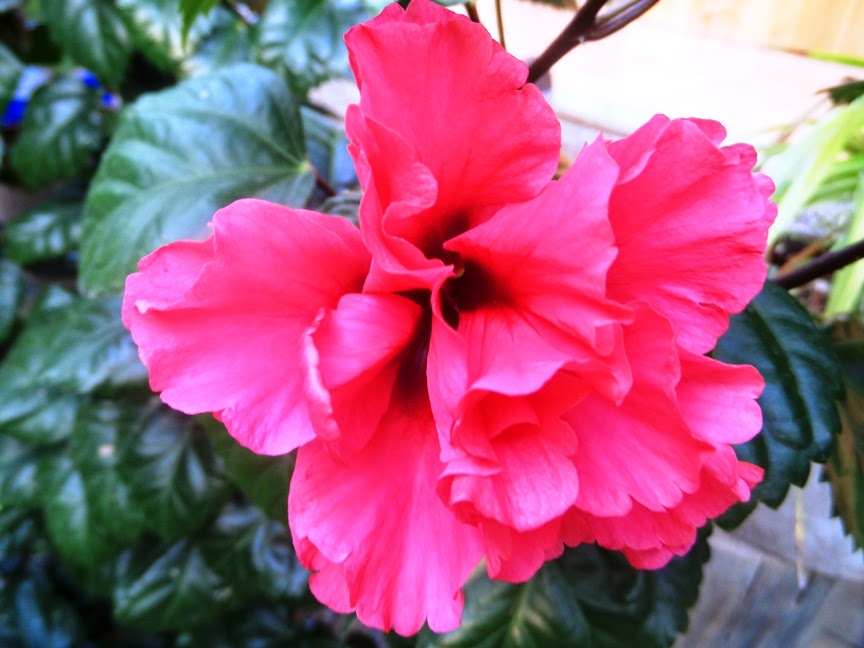 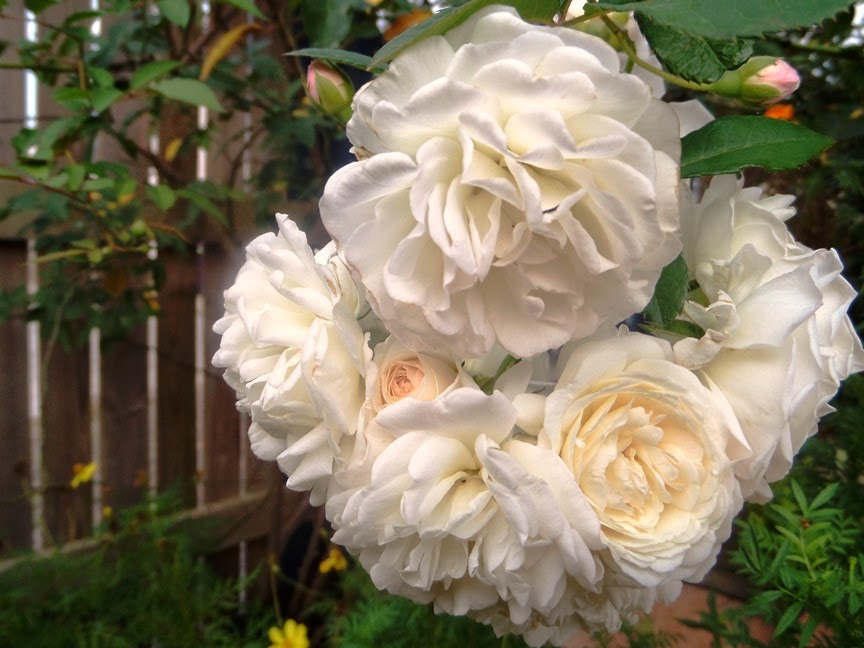 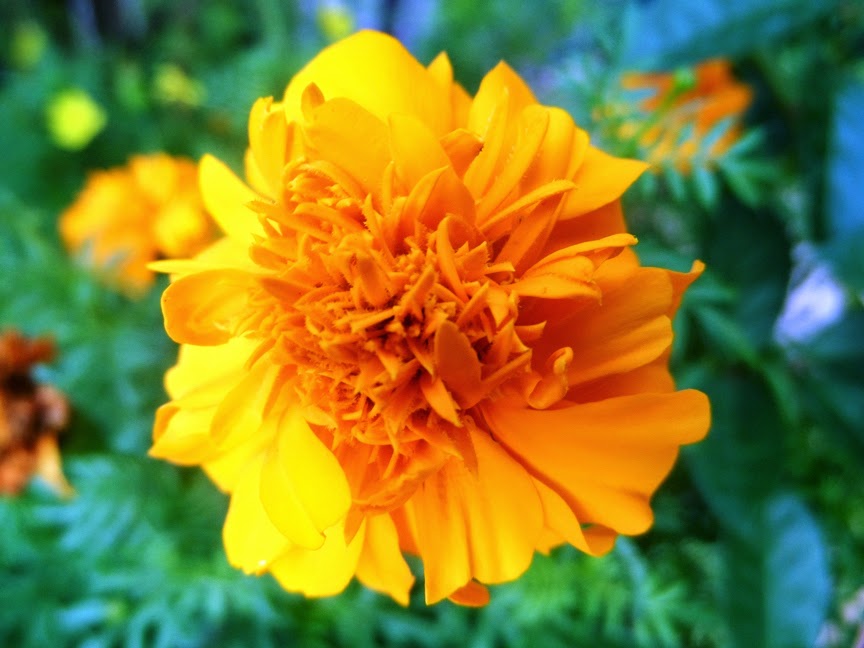 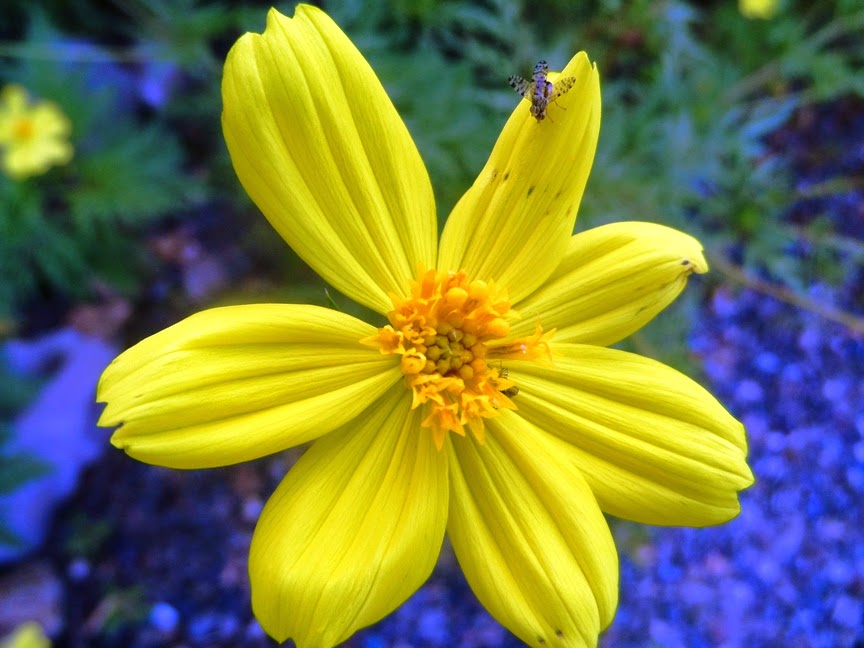 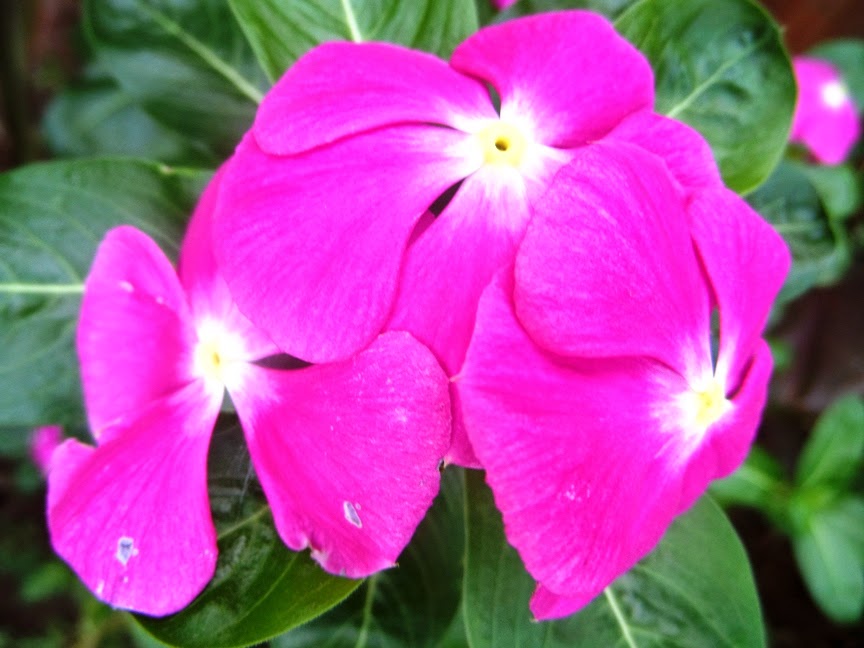 
Pacific leaders have for the first time chosen a woman to head the region's premier representative group.
Papua New Guinea's Dame Meg Taylor, a senior World Bank official, will become the next Secretary General of the Pacific Island Forum Secretariat.

In nominating her for the role in May, PNG Prime Minister Peter O'Neill said Dame Meg had "a wealth of experience and knowledge that spanned 20 years in active service to the Government of Papua New Guinea".
Dame Meg Taylor was PNG's ambassador to the United States, Mexico and Canada from 1989 to 1994.
Pacific leaders meeting in Palau have also agreed to automatically lift Fiji's suspension from the Forum if the country's elections in September are deemed to be free and fair.
Australia will head the election observer group.