Governor-General Sir Bob Dadae says the loss of another North Coast Aviation pilot is a great loss to the people of Kabwum, Morobe and Papua New Guinea.
The former Kabwum MP said this yesterday when passing his condolences to NCA on the loss of  Australian pilot, David Tong, after a Britten Norman Islander  crash on Mt Saruwaged in the rugged Saruwaged Range of Morobe last Saturday.
His death comes after that of NCA's chief pilot Captain Thomas Keindip, from Kabwum, after a short illness last month.

Tong crashed into Mt Saruwaged, the fourth highest mountain in the country at 13,520 feet above sea level, in very bad weather when returning to Lae from Kabwum.
From Melbourne, Australia, Tong joined NCA in Nov 2016 and has been described by friends and family as a friendly and likeable person.
He was alive when he crashed at 9000ft and called NCA at Nadzab on his mobile phone, however, bad weather prevented rescue teams from going in.

Sir Bob said it was only because of dedicated NCA pilots like Tong and Keindip that goods and services had reached Kabwum over the years.
"Lady Hannah and I, on behalf of our family, people of Kabwum, Morobe and PNG would like to express our deepest sorrow and sadness to the family, management and staff of NCA for the death of another experienced pilot (Tong) in a short time after we lost Capt Thomas (Keindip) not long ago," he said.
"Having benefitted so much from NCA during my 30 years service in the province, I am very saddened by these tragedies.
"May God give everyone peace."
Posted by Malum Nalu at 12/29/2017 10:33:00 PM No comments:

The man I never knew 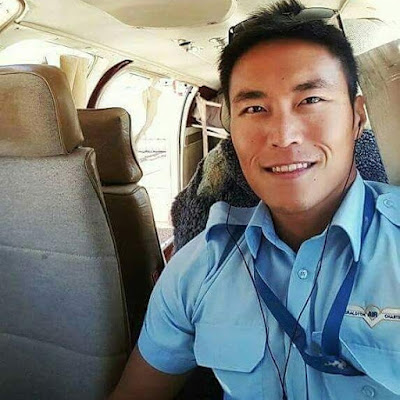 I see the pain
The hurt

- To the Memory of David Tong
Who lost his life in the Saruwaged Range
Serving the people of Kabwum, Morobe and Papua New Guinea
Posted by Malum Nalu at 12/28/2017 09:17:00 PM No comments: