The shackles of regionalism and tribalism that so divided Papua New Guinea have been broken.


It has taken the life of a 23-year-old rugby league star to do that.
Papua New Guinea international Kato Ottio died on Tuesday after he collapsed at training in Port Moresby. 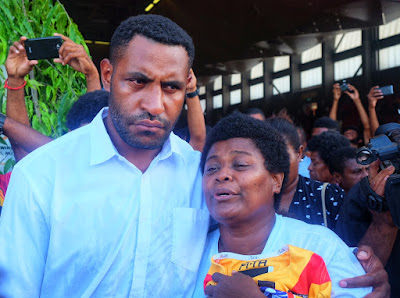 Ottio spent the last two years with the Canberra Raiders and had just signed with English Super League club Widnes Vikings following his stellar World Cup campaign.
Thousands of people gathered at the Sir John Guise Indoor Stadium on Friday to pay their final respects to a young man who had so touched our lives with his performance during the World Cup.

Tears fell freely for most, a moment they shall never forget, as the death of our champion brought together a nation. 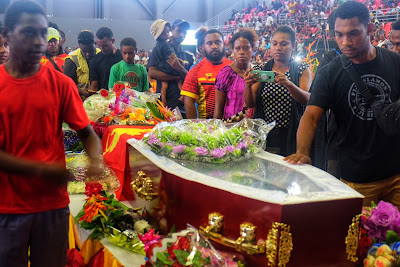 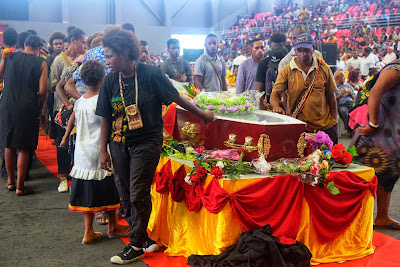 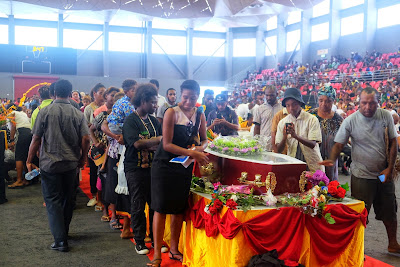 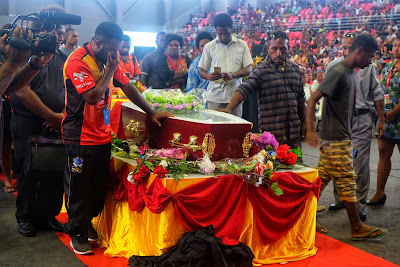 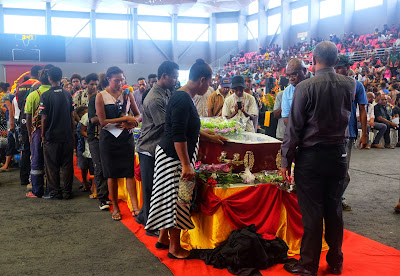 Ottio and PNG Kumuls' teammate Wellington Albert were to have left for England on Thursday after signing up with the Vikings last month.

Ottio will be buried at his Tatana village in Port Moresby next Tuesday.

Pilot was a world-class pianist

North Coast Aviation Pilot David Tong, who lost his life in the rugged Saruwaged Range of Morobe in the Dec 23 air crash, was not just an ordinary aviator.

He was one of the top pianists in Australia and the world.
He could have chosen to remain in the top music halls of the world but opted to fly in Papua New Guinea.

That fact about Tong’s life became known after his death.
His body, meantime, remain at the funeral home in Lae until funeral arrangements are made this week.
His mother flew in from Australian to see the body of her son and was moved to tears after seeing the display of emotions shown by NCA staff and the people of Morobe
According to the Greater Geraldton Regional Library website of Australia: “Born in Macao in 1983, David Tong migrated to Australia in 1988 and soon began taking piano lessons.
“Following an extensive period of study, he went on to study at the prominent Juilliard School of Music in New York and was awarded the Vladimir Horowitz scholarship.
“In addition to having been a frequent guest artist with all Australian symphony orchestras, David was regularly invited to appear with many of today’s top orchestras including the Hungarian Symphony Orchestra in Budapest, New York Philharmonic, as well as with the philharmonic orchestras of Rochester, Naples (Florida), and Hong Kong
“Of significant importance in David’s career was a performance with the Sydney Symphony Orchestra at the 2002 Sydney Festival’s Gala Domain Concert, where he performed to an audience of more than 90,000 people.”
Since 2014, Tong had worked as a commercial pilot.
He was based in Geraldton and worked as a line pilot for Geraldton Air Charter before moving to PNG in 2016 to join North Coast Aviation.
Tong, 34, survived the crash and made calls on his mobile but bad weather prevented rescuers from reaching him for three days.
The pianist Zsolt Bognar writes: “It is with great sadness that I learn my old friend David Tong was found dead on Tuesday from injuries sustained in a plane crash.
“I remember first meeting him in Texas in 2001 and being struck by his sunshine-filled spirit, his strong Australian accent, and vivacious temperament.
“He was an incredible pianist with a breathtaking technique–I remember how he burst into my practice room and deployed Chopin Etudes with ease–and as a human being and friend he will be missed.
“What devastating news.”
###
Posted by Malum Nalu at 1/03/2018 05:14:00 AM No comments: