Kandep to be transformed with major infrastructure projects

Remote Kandep, Enga, one of the most undeveloped areas in the country is set to be transformed into a major centre in the Highlands with several major infrastructure projects worth hundreds of millions of kina underway or being completed.
These projects included the K250 million Mendi-Kandep Road under Asian Development Bank funding, already completed Kandep-Kiapu Road, K18.6 million Kiapu-Pangu Road, K30 million Pangu-Laiagam Road, K35 million Wasa Bridge, and K70 million Kandep-Magarima Road.
Works Minister Francis Awesa didn’t mince his words when telling the people of Kandep recently that their area would be transformed from a forgotten backwater into a hub of the Highlands linked to LNG-rich Hela and Gulf, Porgera gold mine, and Mendi in Southern Highlands.

“We’re witnessing major infrastructure developments in Enga, Southern Highlands and Hela provinces,” he told more than 10,000 people who congregated at Kandep station.
“It’s all part of the transformation of Kandep.
“We want the road from Mendi to Kandep, and on to Laiagam, to happen.
“This road (Mendi to Kandep) is almost complete.
“It’s costing something like K250 million.
“The road will come from Mendi and go on to Laiagam.
“This road will not only start from Mendi and finish here.
“People from Porgera must not only go to Wabag and Hagen, sometimes they must go through to Kandep.
“One of these days Kandep will become a major centre.”
Awesa said Kandep could be linked to Gulf in future.
“One of these days, this road will go on to Porgera and on to Kikori and Kerema,” he said.
“The Wasa Bridge will connect Kandep with Southern Highlands and Hela province.

“The government has made a major decision for infrastructure development in Enga, Southern Highlands, Hela and Gulf provinces become a reality.
“Kandep will be transformed into a major centre, maybe even a city.”
Posted by Malum Nalu at 12/31/2013 01:06:00 PM No comments:

All pictures @MALUM NALU
St Andrew’s Lutheran Church at Ampo, the oldest surviving building in Lae which in October celebrated its 80th anniversary, had a momentous occasion on Sunday, Nov 17 when 81 young people were confirmed.
The young men and women – mainly from the Ahi villages of Butibam, Hengali and Wagang – were confirmed in front of a full house crowd of relatives and friends, who later exchanged customary gifts of food. 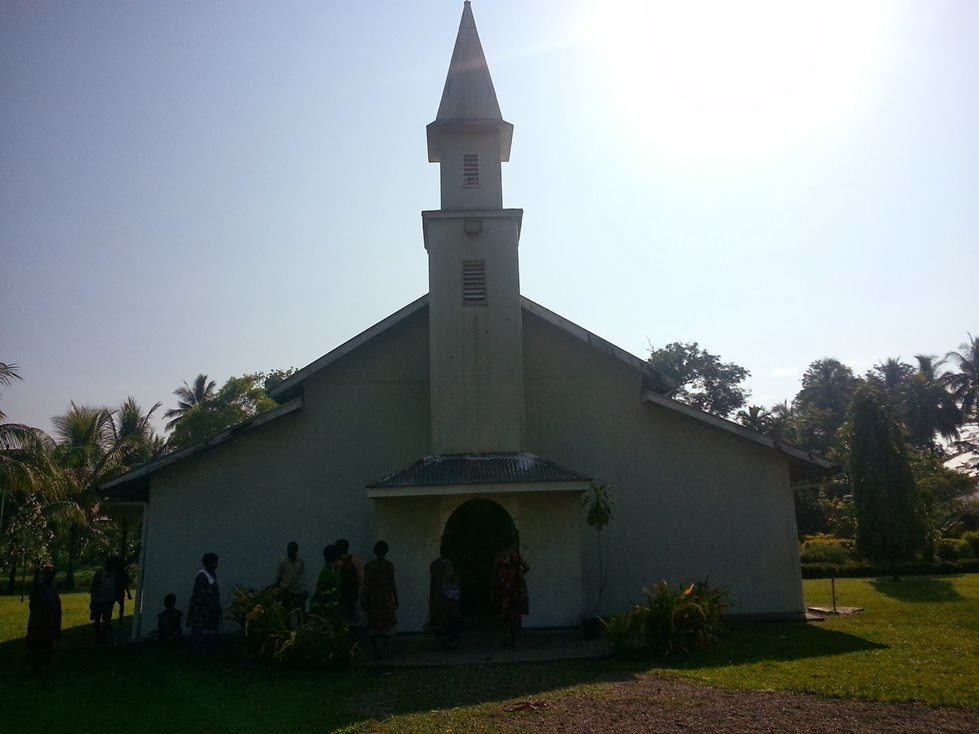 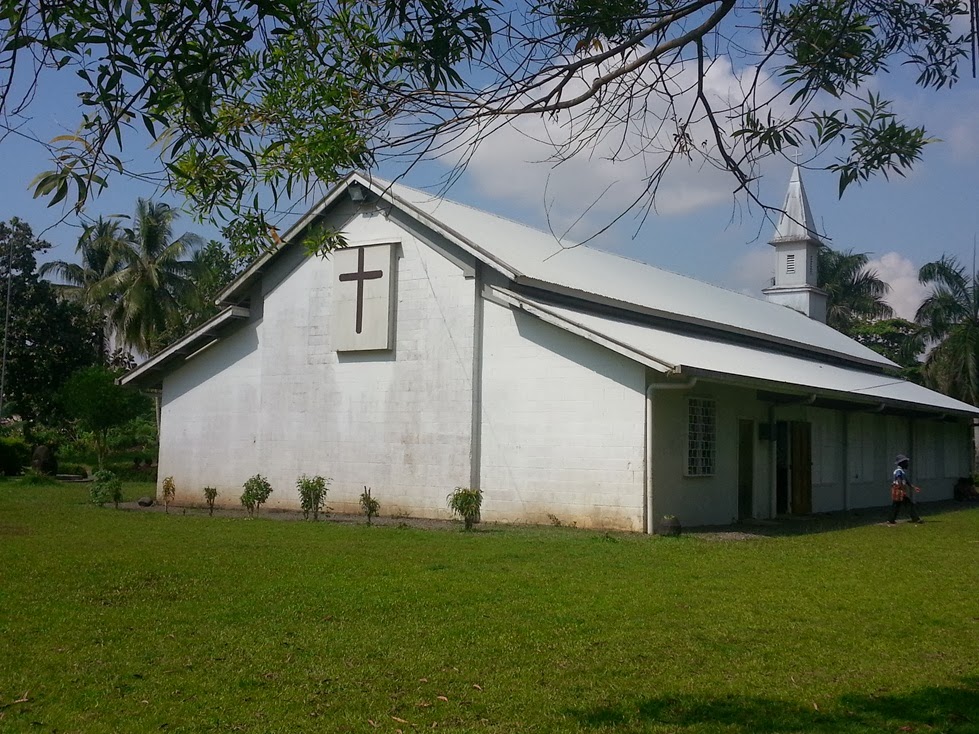 The church, built in its present form in 1933, it is the only pre – war building in Lae and the timberwork still bears many bullet scars.
During the war, it served as a Japanese hospital when its custodians from Butibam village fled into the foothills on the far side of the Busu River.
A bush material chapel was built at Ampo in 1912 by pioneer German missionary, Gottfried Schmutterer, and the first baptism took place on October 20, 1912.
Timber from Bukawa was put on the ship Bavaria and brought to Lae on Feb 11, 1933.
They started building the church on March 4, 1933, with dedication being on Oct 8, 1933.
Posted by Malum Nalu at 12/30/2013 10:18:00 AM No comments:

Ampo falls from its glory

Ampo, the headquarters of the Evangelical Lutheran Church of Papua New Guinea in Lae, is close to the hearts of all Lutherans.
This includes the many missionary families from Germany, Australia, USA and others parts of the world,.
Ampo is not what it used to be, having fallen from its glory days, as these pictures I took on Saturday, Nov 16, 2013, show. 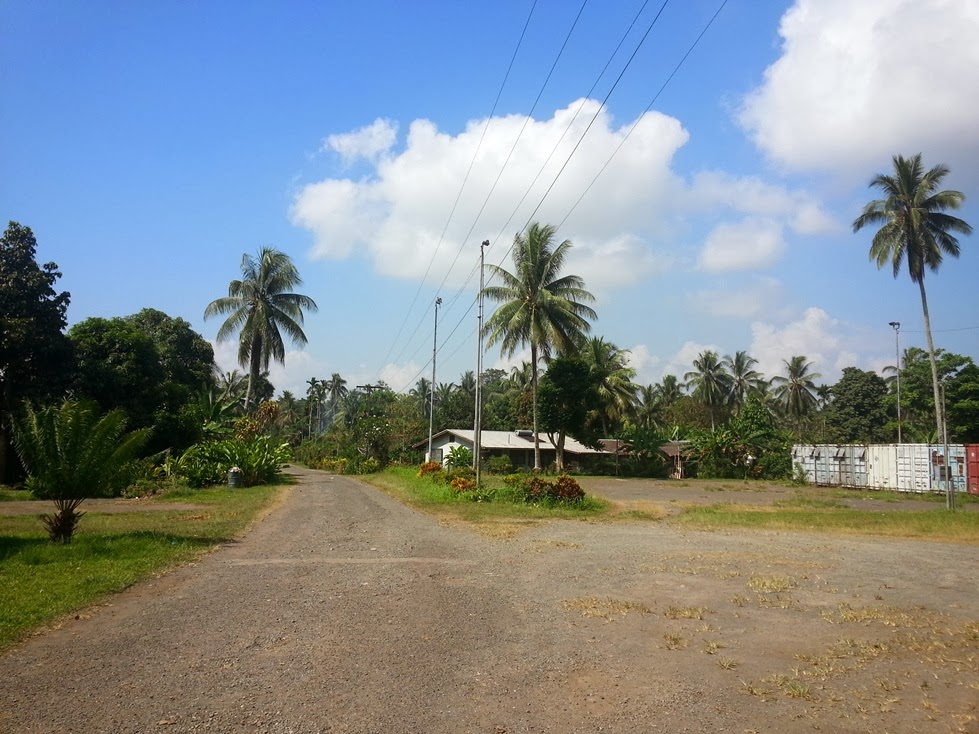 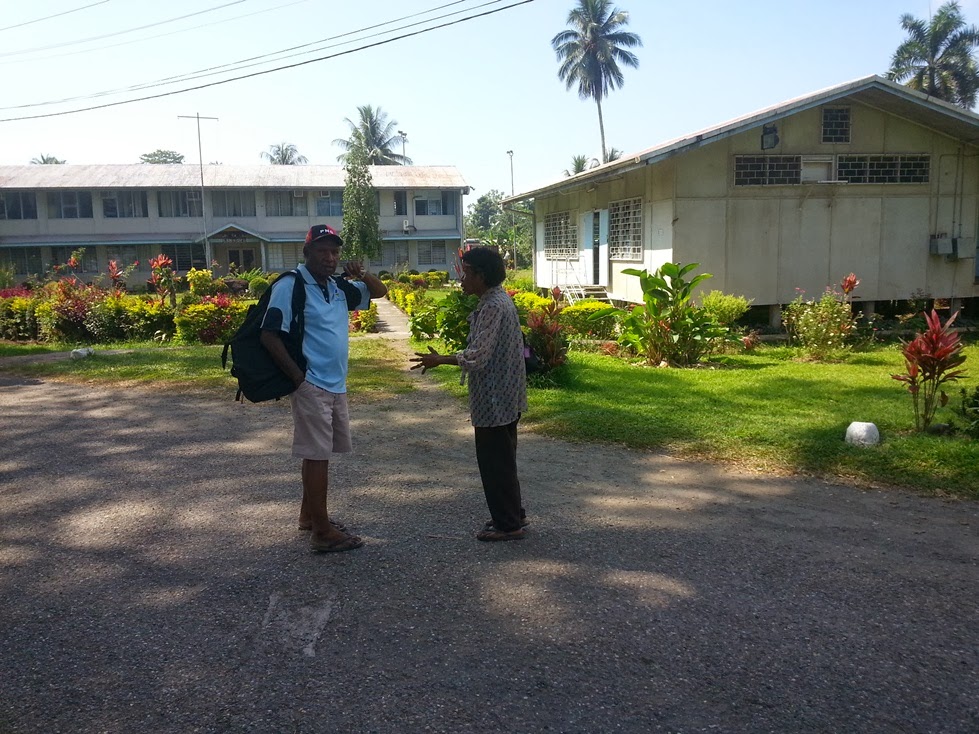 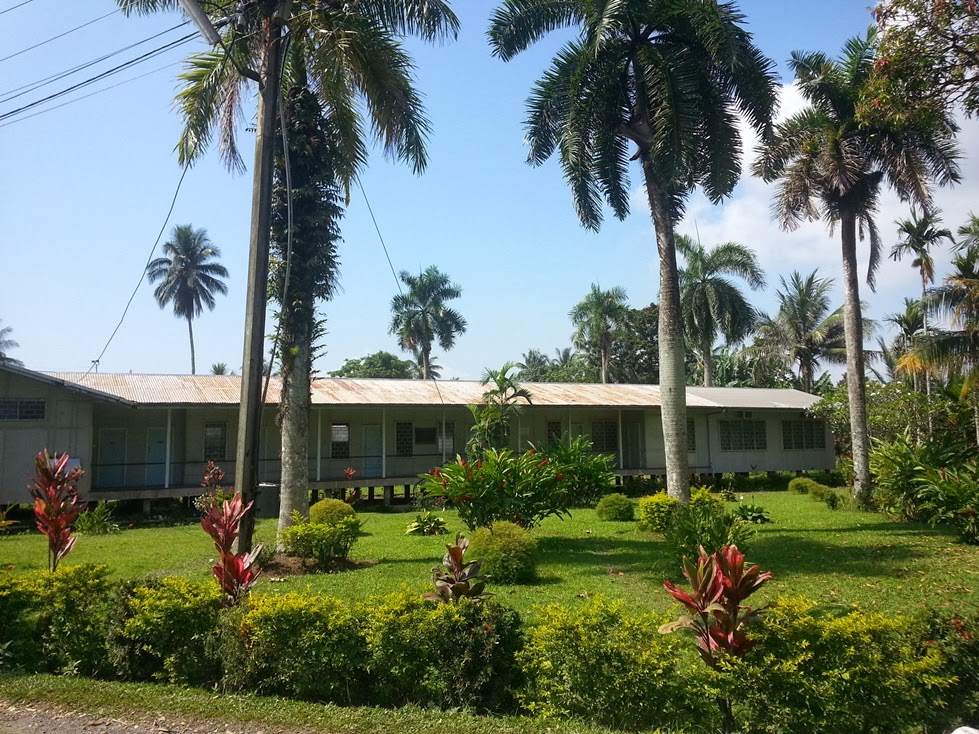 On Friday, Nov 15, 2013, while at home in Lae, we took a day cruise fom the city to Binimamp village in Kaiapit to collect some food.
I love the great Markham Valley stretch of the Highlands Highway and it holds a special place in my heart, reminding me of the happy days when my late wife and I cruised regularly along here while based in Goroka.
Come with me for the ride. 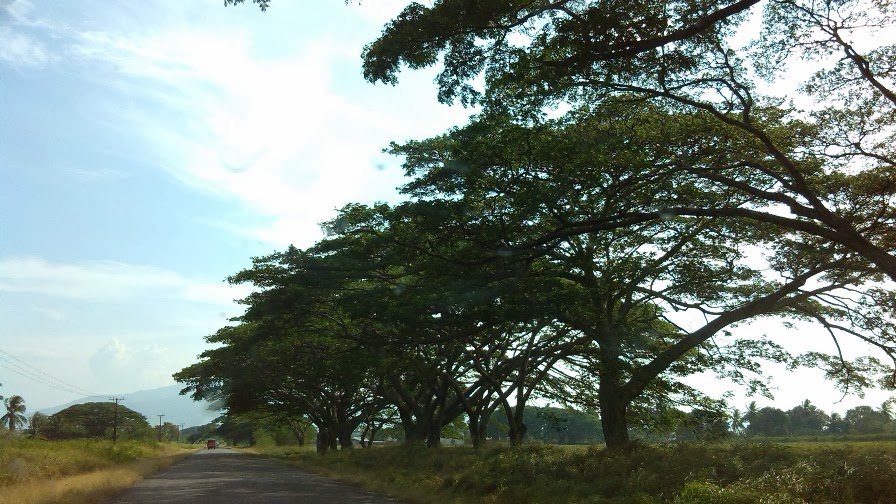 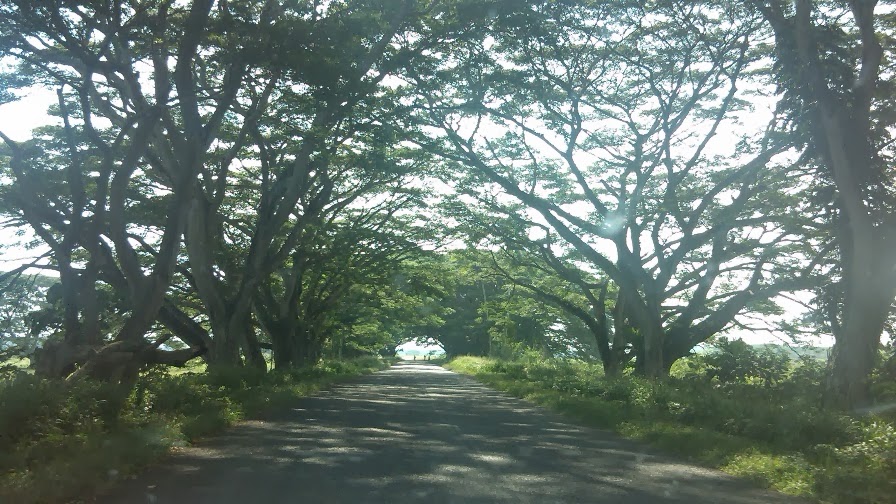 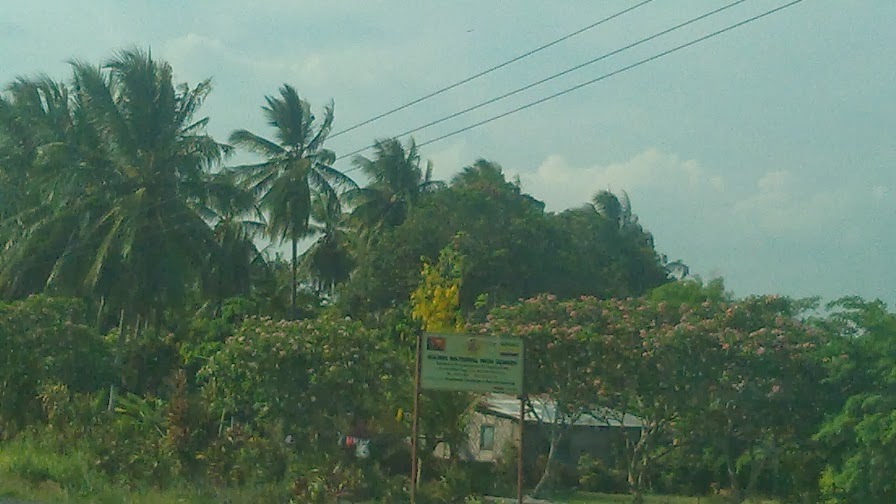 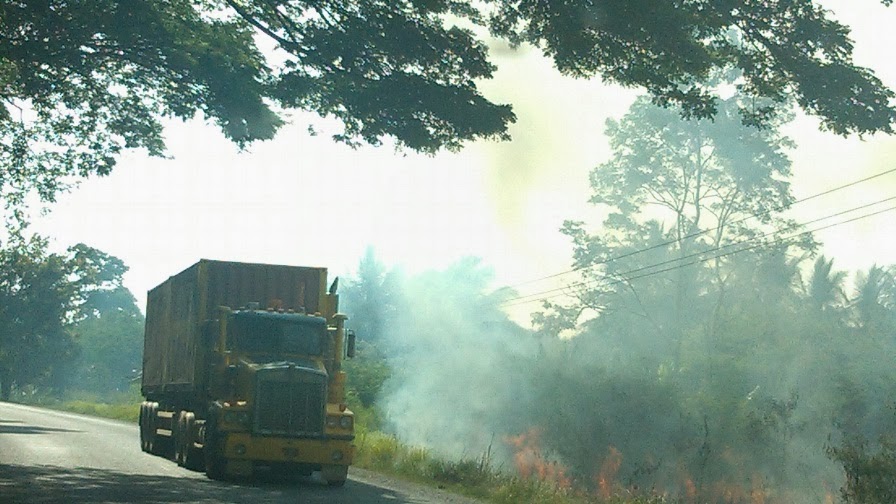 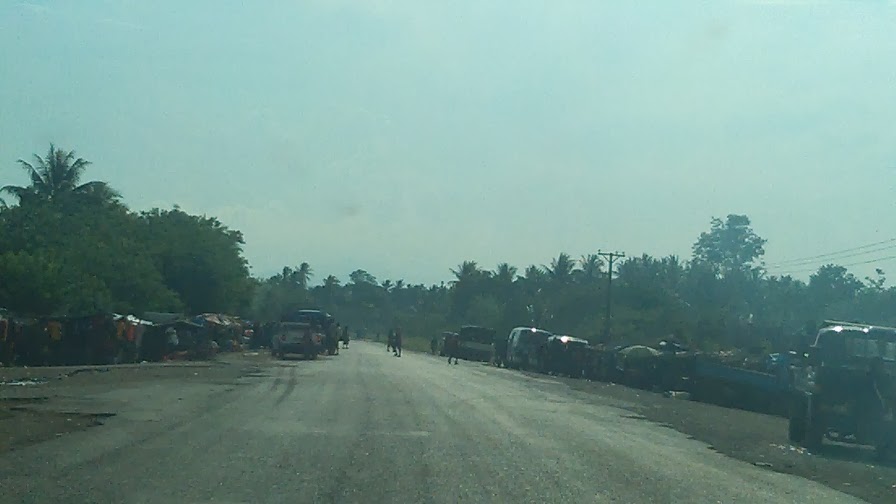 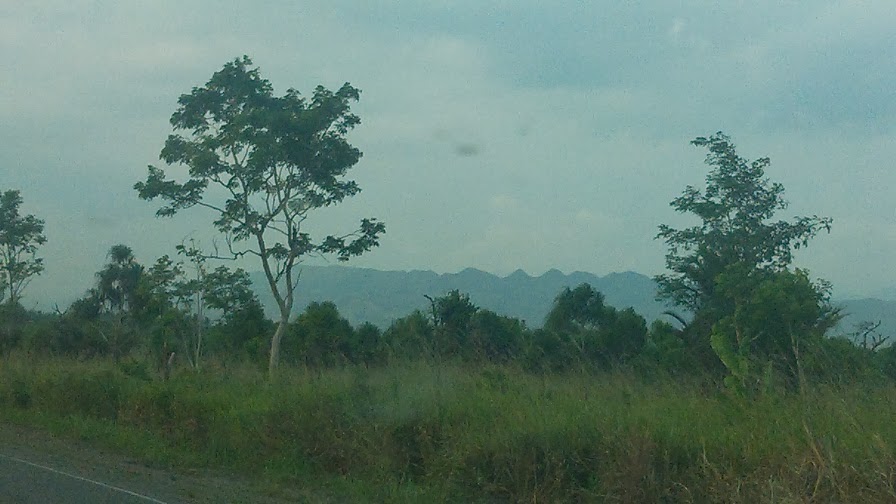 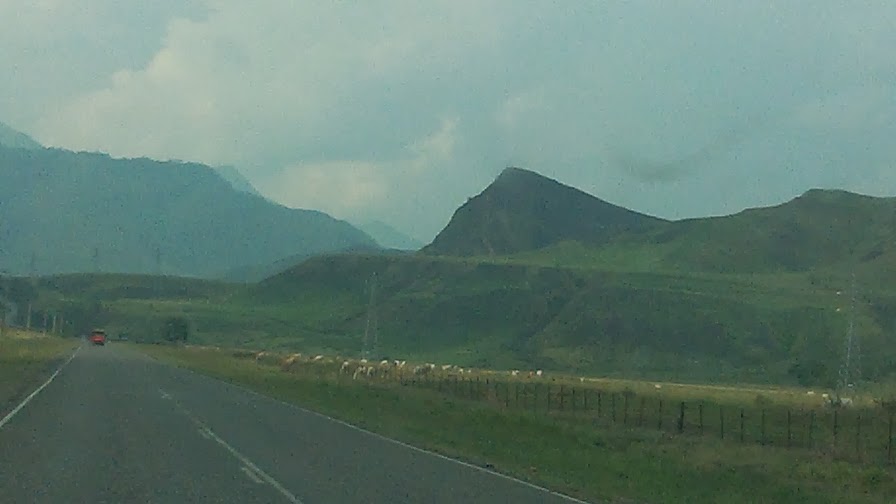 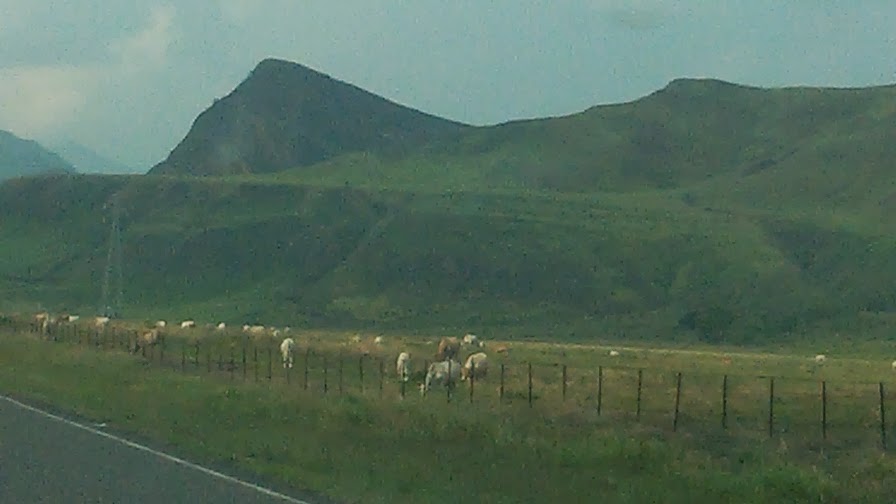 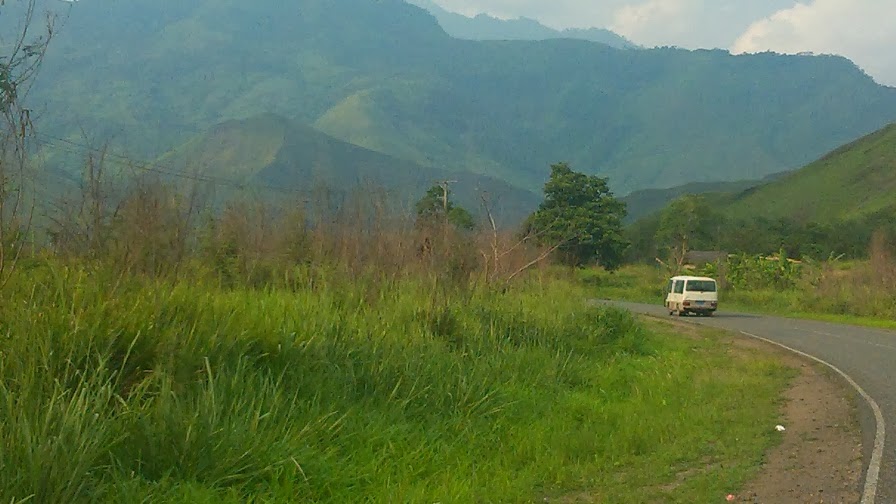 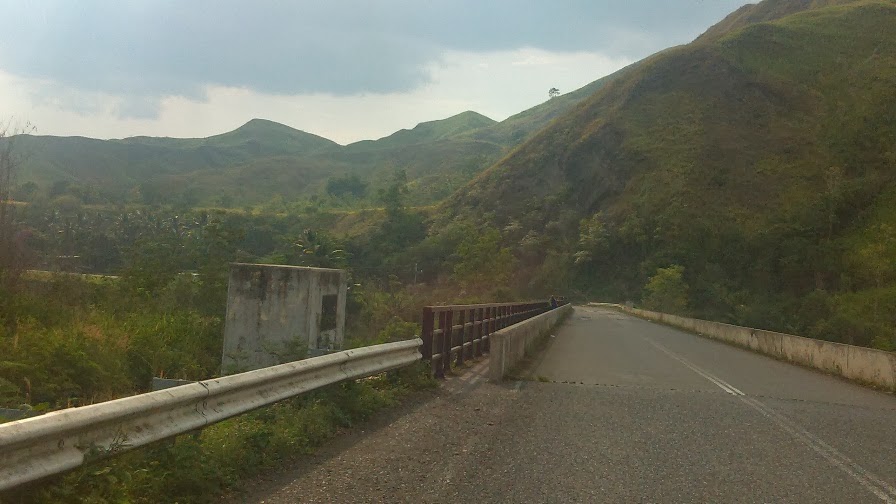 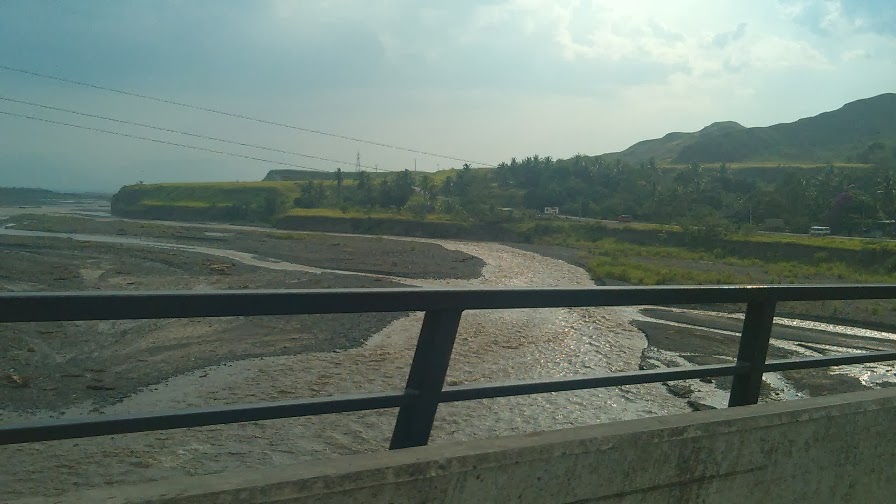 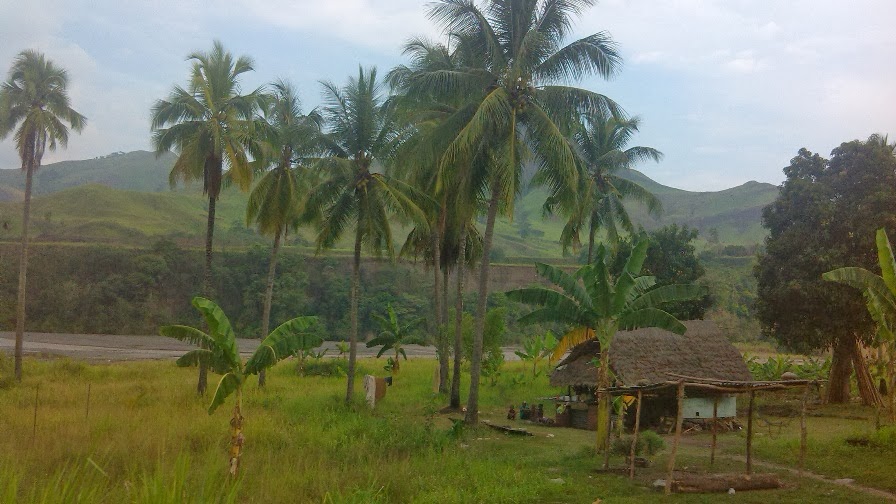 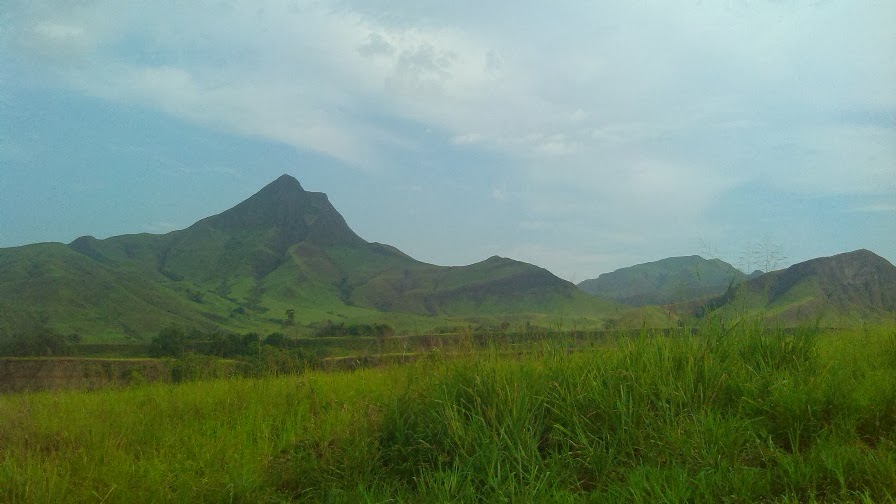 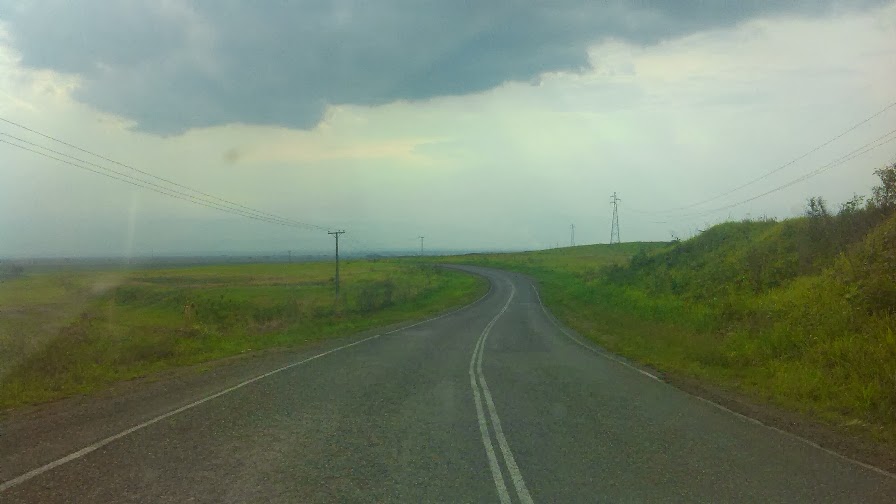 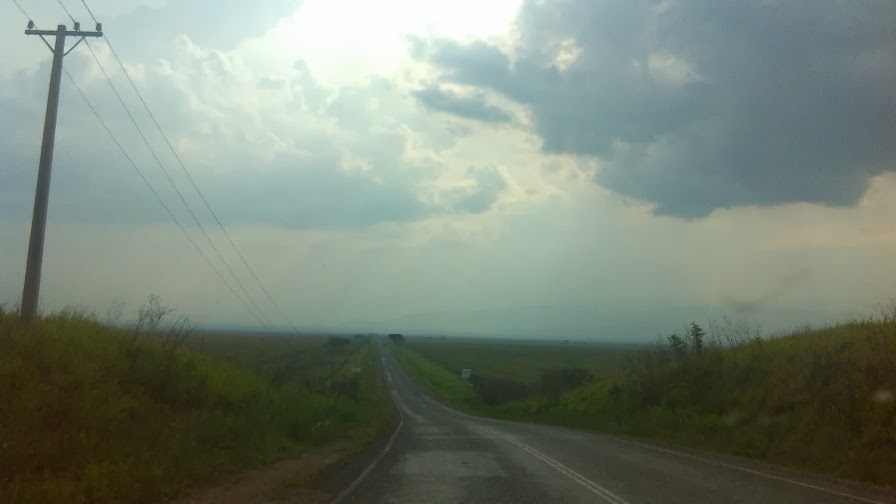 On Friday, Nov 15, 2013, I travelled home to Lae  for the confirmation of my two nieces at Ampo Lutheran Church.
That afternoon, we drove upto the village of my brother-in-law Goromp Nawatz, at Binimamp village in Kaiapit, Markham Valley, to collect food for the occassion.
Here are some pictures of the occassion. 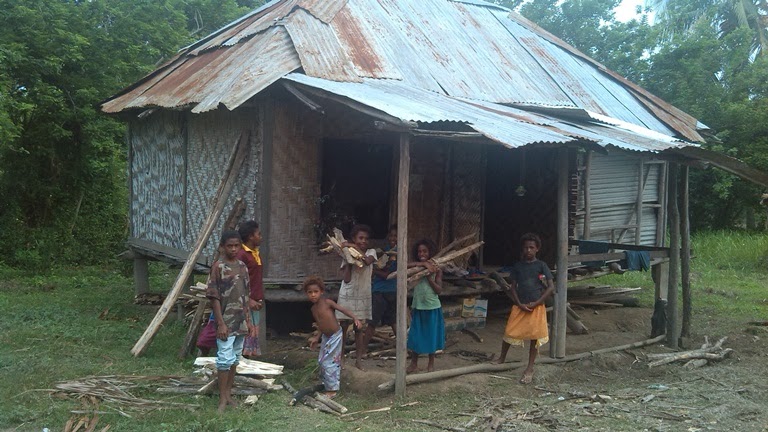 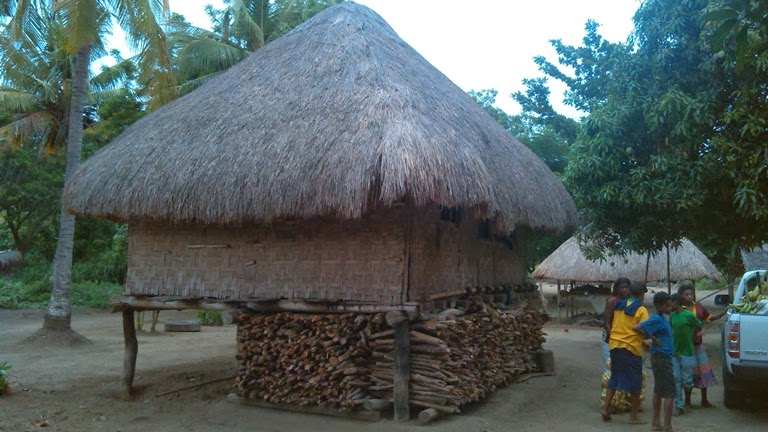 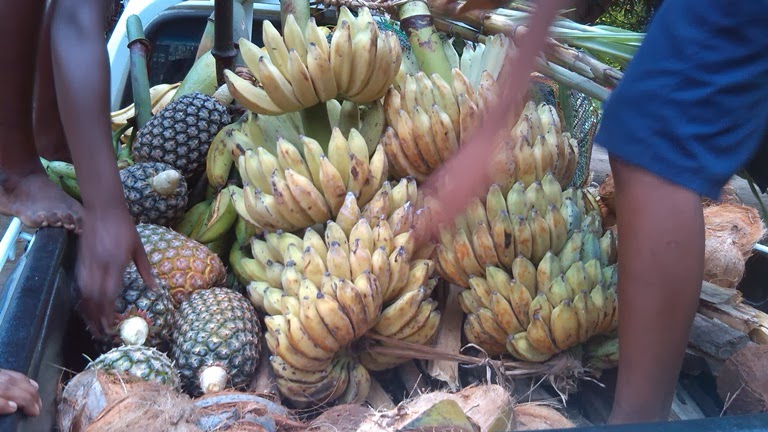 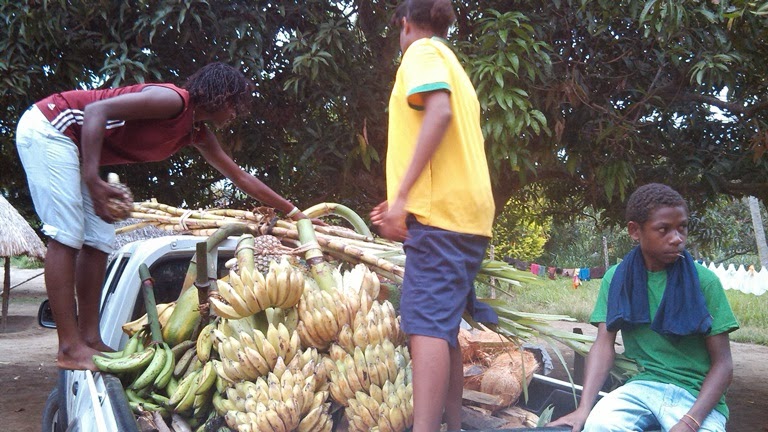 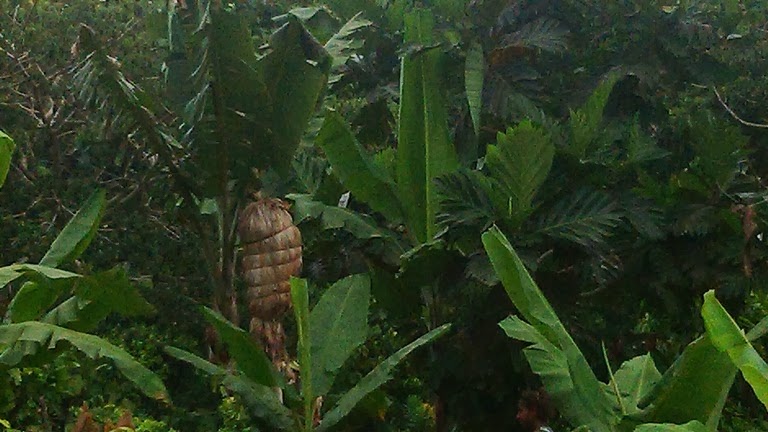 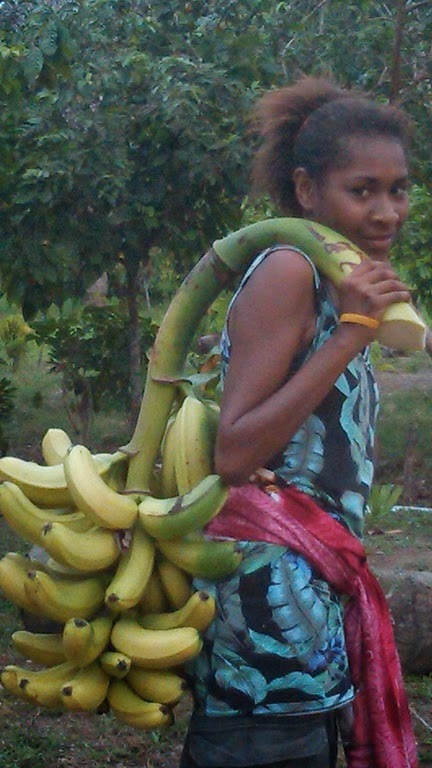