The term ANZAC stands for the Australia New Zealand Army Corp.
It was on 25 April 1915 that armed forces representing both Australia and New Zealand fought together as one unit at Gallipoli in Turkey in defence of freedom and the rights of others within the global community. 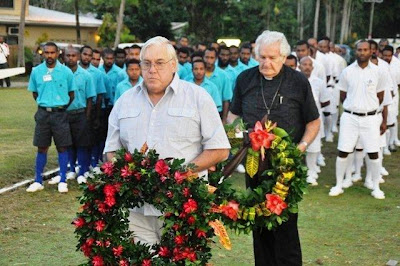 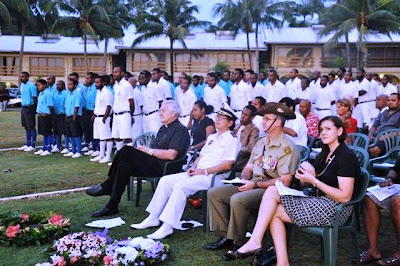 Since coming together as a fighting force in 1915, the spirit of ANZAC has developed a close bond of friendship and respect between the peoples and countries of Australia and New Zealand.
Papua New Guinea has also shared strongly in that ANZAC spirit and both Australia and New Zealand value very highly the bond of friendship with Papua New Guinea and we share a respect for each other.
ANZAC Day is celebrated particularly in Australia and New Zealand and broadly commemorates the lives and beliefs of all who died and served for their countries in military operations.
ANZAC Day is also a major commemoration in the South Pacific Region, particularly in Papua New Guinea and other nearby countries, where many severe battles of war took place.
Here in Papua New Guinea we also celebrate Remembrance Day on 23 July to commemorate our own special memories for our loved ones who fought for the belief of freedom and responsibility within PNG.
Whilst that day in 1915 was our first coming together in the ANZAC tradition, Australia has been involved in many theatres of war.
The Boer War in Africa, the First and Second World Wars, Korea, Vietnam were engagements of the past.
Today we have Afghanistan and Iraq and we also participate in peace-keeping forces in a number of countries.
We acknowledge and thank those who have suffered in any way in these conflicts, and we pray for the challenge of finding peace in our world and of being able to resolve our conflicts in a non-violent manner.
The history of the Dawn Ceremony grew out of the ANZAC tradition.
The Dawn Ceremony on ANZAC Day evolved from the comradeship experienced by those ANZAC soldiers in the quiet moments before dawn on that first ANZAC morning in the ditches of Gallipoli as they waited to enter into battle.
The Dawn Ceremony also reflects our Christian belief of Resurrection that as we await the dawning of a new day and new life, we remember those who have suffered and died in military conflicts.  There is the vision of new life in front of us today.
And it is fitting that we celebrate the Dawn Ceremony on both ANZAC Day and Remembrance Day each year here at Kalibobo Point.
This lighthouse was built as a special Coastwatchers Memorial to the many allies and Papuan new Guineans who lived in the hills behind the hinterland and reported the movement of Japanese planes and boats along the coastline – these soldiers, plantation workers and villagers were known as the Coastwatchers and played a significant role in the success of the Battle of the Coral Sea.
Today in Madang we remember those who suffered and died in the past for our freedom.
We are challenged with new opportunities to maintain the freedom of our future generation.