End of an era in Papua New Guinea history 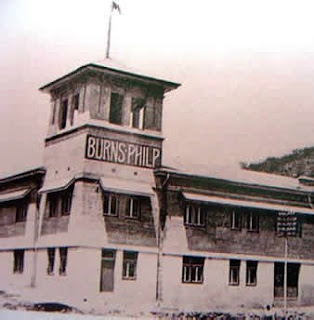 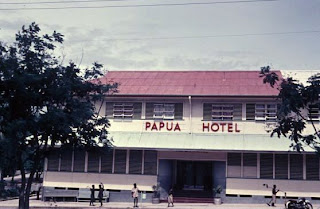 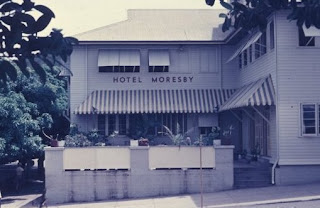 The burning down of the former Burns Philp building, a colonial icon in downtown Port Moresby on Sunday night, was indeed the end of an era.
It was quite tragic too as Nasfund, which owned the property, was planning to maintain this heritage building which played an important role in the development of Port Moresby and Papua New Guinea.
The building housed the Tribal Den nightclub, several shops including kai bars, an internet café and the National Narcotics Bureau office.
Joint Nasfund CEOs Rod Mitchell and Ian Tarutia said a statement would be forthcoming tomorrow after a board meeting.
“The Nasfund board will be meeting on Wednesday specifically to discuss the issue,” Mr Mitchell said.
“The chairman of Nasfund will make a statement after that meeting.
“Until then, we are unable to make comment although we express a deep sense of disappointment at the loss of this historical icon.”
Burns Philp was once the most-famous company in PNG and the Pacific, with stores in Port Moresby, Samarai, Lae and Goroka, among others.
As well as running all the major shipping routes between Australia and its neighbours, it also ran a huge network of integrated industries, shops and hardware for example.
Those who grew up in the 1950s, 1960s, 1970s and 1980s would remember the chain of ‘BP’ stores all over the country.
Last December, the former Burns Philp store in Lae was burned down, marking the end of an era in PNG’s second city.
The history of the Burn Philp building in Port Moresby goes back to 1891 when a store was first established in this colonial outpost, according to company history sourced from the internet.
James Burns had been running his shops in Queensland since 1867 but it was not until 1883 that Burns went into partnership with his former employee Robert Philp to form Burns Philp & Co.
In 1880, they had acquired the mail contract to run to Thursday Island and this was the beginning of an active interest in Melanesia and Polynesia which lasted until the late 20th century.
Over the course of these years Burns Philp and other companies which they held controlling interests in were intimately linked to the development of industry in the area.
In the 1880s, Burns Philp was involved in the labour trade which was known as "blackbirding" mainly at the behest of Robert Philp, who was also an aspiring politician but two official enquiries into conditions on board their ships the Heath and the Hopeful, coupled with a downturn in the sugar industry in 1886 led them to look for other ways of making money in Melanesia where most of the labour was recruited.
In 1891 they opened their first stores in New Guinea at Port Moresby and Samarai, setting in motion a brilliant Australian company.
They were the first company to offer tourism to New Guinea, in 1884, advertising the 'New Guinea Excursion Trip'.
This consisted of a five-week trip from Thursday Island and has been described as the "official beginning of tourist cruises in the South Pacific".
Acquisition of the Port Moresby Hotel occurred in 1914, with the Papua Hotel purchased some years later.
Burns Philp went out of existence on December 20, 2006, when all its shares were purchased by Rank Group Australia Pty Ltd
In 2007, Nasfund purchased 51% of the Burns Philp site in downtown Port Moresby.
In 2008, it purchased the remaining 49% comprising 5,191 square metres over six titles. “Maintenance of heritage buildings is important to the city of Port Moresby,” Nasfund said in its June 2009 newsletter.
“It was deemed important that the most-important redevelopment site in Port Moresby be owned by Papua New Guinean workers through their fund.
“Any long-term redevelopment will ensure that the historic Bell Tower section will remain preserved as the Tower is perhaps the most historical building in the country, dating back to the early 1900’s.
“As part of the restoration, a further 950 square metres of disused space will be upgraded for lease to the Port Moresby Chamber of Commerce and Daltron.”
All these plans, infortunately, went up in flames on Sunday night.
Posted by Malum Nalu at 7/13/2009 09:18:00 PM