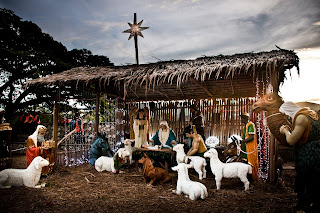 THE has accused the Indonesian military of drug smuggling and illegal logging rackets along the border with , The National reports.

It also blamed for the continuing unrest in the troubled Indonesian which shared a land border with PNG.

In secret cables released by diplomats had expressed fears that the Indonesian government’s neglect, rampant corruption and human rights abuses were stoking unrest in the province.

A September 2009 cable from the embassy in said “the region is politically marginalised and many Papuans harbour separatist aspirations”.

In a 2007 cable, that WikiLeaks made available to the Age newspaper, an Indoneisan foreign affairs official said the Indonesian military had far more troops in Papua than it was willing to admit.

Cables sent throughout last year blamed for the instability and chronic underdevelopment of Papua, and accused military commanders of drug smuggling and illegal logging along the PNG border.

A 2006 cable detailed a briefing from a PNG government official, who said the armed forces were “involved in both illegal logging and drug smuggling in PNG”.

In another cable from 2006, the embassy recorded the reaction of Indonesian authorities to a riot in that left four officials dead.

“While the gruesome murder of three unarmed policemen and an air force officer at the hands of angry mob is unconscionable, the authorities’ handling of the aftermath has merely added a new chapter to the history of miscarriages of justice in Papua,” it said.

“It is clear that the police rounded up a miscellany of perceived trouble-makers and random individuals and that the prosecutors and judges then railroaded them in a farcical show trial.”

Cables throughout last year blamed the Indonesian government’s neglect of – including the failure to ensure revenue generated by mining is distributed fairly – for continuing unrest.

“Most money transferred to the province remains unspent although some has gone into ill-conceived projects or disappeared into the pockets of corrupt officials,’’ a September 2009 cable said.

After NGO Human Rights Watch released a report last year, alleging that military officers had abused Papuans in the town of , the embassy in wrote that the incident was isolated and might have involved soldiers following orders from local official Johanes Gluba Gebze.

“An ethnic Papuan, Gebze, presides over a regional government where allegations of corruption and brutality are rife,” the 2009 cable said, adding advisers to Papua governor Barnabas Suebu as saying Gebze was “out of control” and had made numerous illegal forestry deals with Chinese and Korean companies.