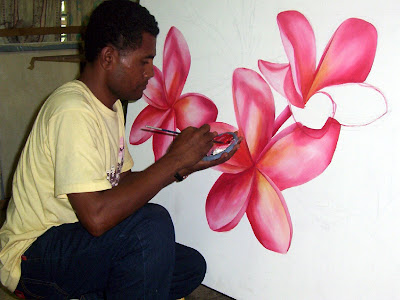 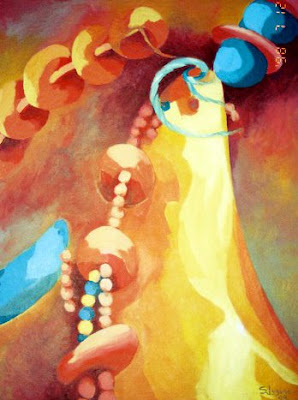 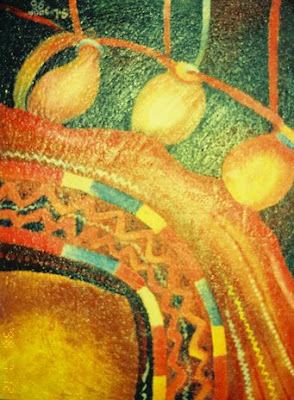 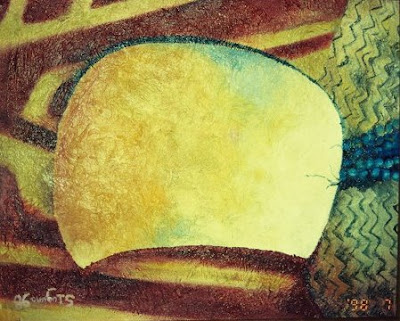 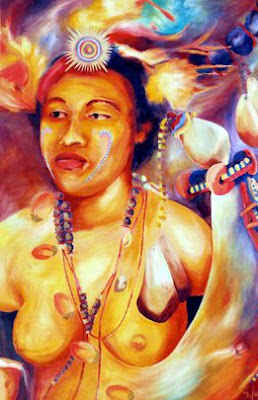 Samuel Luguna, 34, from Obweria village in Losuia, Trobriand Islands, Milne Bay Province of Papua New Guinea, is one of the leading contemporary artists in the country.

He has been painting since 1990 when he enrolled at the Faculty of Creative Arts at the University of Papua New Guinea.

After graduation in 1993, he was awarded a scholarship for six months to Singapore, where he continued painting.

While in Singapore, he also studied for an Advanced Diploma in Fine Arts through the Royal Institute of Technology in Melbourne.

At the end of the programme in Singapore, he staged his first one-man exhibition in that city.

Mr Luguna worked for the Faculty of Creative Arts at the University of Papua New Guinea from 1995 up to 1998.

In 1996, he took part in the 7th South Pacific Festival of Arts in Western Samoa where his works were featured in the 1st South Pacific Contemporary Arts Exhibition.

In 1999, he returned to his beloved Milne Bay Province and taught expressive arts at the Cameron Secondary School in provincial capital, Alotau.

He resigned from teaching at the beginning of this year to pursue painting as a fulltime career.

Earlier this year, the British Museum engaged Mr Luguna to do two paintings in London based on Milne Bay culture, something of which he is very proud of.

“To have some of my works with the British Museum in London and the Frankfurt Museum in Germany gives me a lot of confidence in what I’m doing as a painter,” he says.