Attempted assassination of Ombudsman not as grim as the national silence 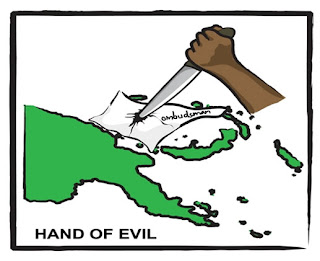 On December 11, 2009, something fundamentally changed in . One of the most important institutions of State, the Ombudsman Commission was sent a message.

That message was delivered by an attempted assassination on the Chief Ombudsman himself, Chronex Manek.

Having attended a round of functions, he was followed only to be met by three gunmen as he attempted to enter the gates of his house.

A bullet meant for his heart missed him by a few millimeters.

Let us be under no illusion about this attempted assassination. Chronex Manek was attacked for what he represents and for attempting to fulfill his role under the mandate of the Commission.

This brazen attack should concern everyone who believes in accountability, the rule of law and independence of institutions.

There can be no room for vigilantes who feel that intimidation and avoidance of potential scrutiny can be dealt with by violence.

The attempted assassination is a direct attack on this country's future, its attractiveness for investment and its reputation.

It is an attack on the people of .

Surprisingly and worryingly there has been little to no reaction from members of Parliament or civil society to this matter.

Have we become so fatigued by corruption, maladministration and abuse of the system that this episode is just but another to skim through briefly on our read of the daily newspapers?

Is this what we have now come too?

This episode must not be forgotten.

The Government and the police must ensure that those responsible are brought to justice. Failure to do so, turns this country backwards, tears at the constitution and makes a mockery of our democracy.

This is not a direction any of us wish to see.