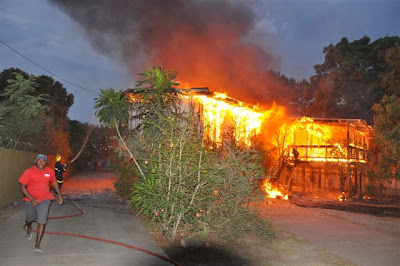 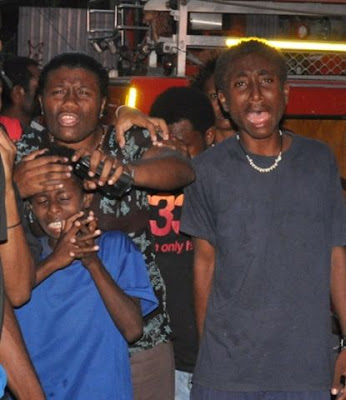 A house along the Angau Drive in Boroko was completely gutted by fire on Friday afternoon, The National reports.
It is unclear how the fire started, but the owner and his family was not home when the fire started.
The flames spread quickly and engulfed the entire house.
Residents call the emergency number 000 for the Fire
Service to respond to the emergency, but the number just rang out.
“We called 000 so many times but that line is useless,” a frustrated bystander, who lives in the area, said.
A fire truck arrived 35 minutes later, but angry residents and bystanders stoned the truck, and it sped away. Minutes later it returned, escorted by police.
Firemen got to work to prevent the flames spreading to nearby houses.
Even to get the water main near the street side to work, so the hose could be connected, took about 10 minutes. – Nationalpics by EKAR KEAPU
Posted by Malum Nalu at 10/11/2010 12:24:00 PM