Papua New Guinea’s national security – a cause for concern 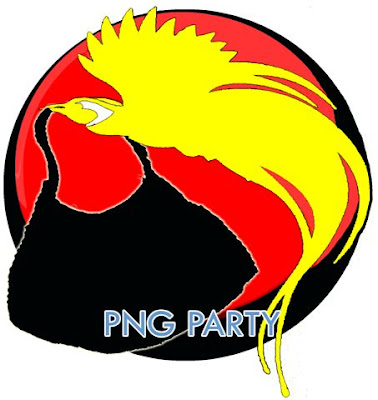 Papua New Guinea’s national security and sovereignty is at stake as a direct result of the current government’s continued neglect in addressing properly the nation’s security concerns.
In recent times, the nation has experienced widespread criminal activities with increased armed hold-ups, kidnappings, robberies, rapes, cold blooded murders and other serious crimes.
In addition, there have been numerous instances of open defiance of the rule of law by ordinary citizens and increasingly it is becoming the order of the day.
Members of Parliament have been publicly confronted and physically assaulted by their own voters causing injuries.
Worse still, police personnel, the very people who are to enforce law and order are on the receiving end of firearms.
On 6th October 2010, a man was murdered in Vanimo and a senior government officer sustained serious head injuries on 8th October 2010, which left his skull partially open.
Also this month, in Port Moresby a long-serving senior policeman, father of seven was brutally killed in broad day light by merciless, gun-trotting, trigger-happy thugs in the heart Port Moresby city at Waigani.
This particular law enforcing officer was providing escort for a private company.
Why do some policemen choose to provide private escort to companies?
Why are police personnel resorting to doing extra jobs outside of their duty statement?
One of the main reasons is that the salary they earn fortnightly simply cannot sustain their families. Therefore, some officers at their own accord provide escort for private companies and other similar tasks.
Coupled with the PNG’s prevailing law and order situation has been the dramatic increase in human trafficking, illicit drugs trade, arms smuggling and illegal trans-border crossings with countries which PNG shares its borders.
Even the formerly quiet and peaceful towns such as Alotau in Milne Bay province and Vanimo in Sandaun are no longer safe.
The Government and state law enforcing agencies are fully aware of trans-border and trans-national crimes along the PNG-Indonesia border, PNG-Australia border along the Torres Strait region and PNG- Solomon Islands borders.
The crimes along border regions are highly organised involving modern and sophisticated techniques and communication making it difficult for easy detection.
Numerous calls from all sectors of the wider PNG community for appropriate and swift government action have simply fallen on deaf ears.
The current Somare Government simply does not care about the safety, security and well being of the nation’s over six million citizens and of course our investment partners and tourists.
The Somare Government has no concern for its life assets - the lives of our citizens and others.
It is a clear demonstration of this government’s don’t care attitude towards addressing the security concerns of the nation and the nation’s development needs and issues of national interests.
This is an indicative fact that the current Somare government has failed to properly fund, strengthen and equip PNG’s three discipline forces.
The low morale among rank and file of the Royal PNG Constabulary, PNG Defence Force (PNGDF) and Correctional Institution Services (CIS) are evidence of this.
Very poor living conditions, condemned houses and dilapidated buildings and work places have compounded the problems over decades of neglect.
Whilst our service men and women continue to perform their duties under extreme conditions, the Somare government continues to cloud the issues with big promises of life transformation multi-billion kina projects such as PNG LNG and the Ramu Nickel projects.
While the government continues to ignore the plight of its citizens to provide safe and secure communities, thugs have reigned taking full advantage of the lack of leadership in the Somare government in addressing important security issues.
In effect, thugs are ruling the country in many fronts of the wider PNG community.
There is no Government guarantee of the safety of its citizens and foreigners including temporary residents and tourists.
The Prime Minister and members of his Kitchen Cabinet are not worried. They are not affected because they have 24-hour body guards and security when they travel around PNG.
If not in PNG, they are safe in Australia living in properties acquired during their term in Parliament. Their families (wives and children) are living overseas in safe environment enjoying better living conditions.
But for the rest of us, we have to fend for ourselves including our daughters and mothers left vulnerable to physical and sexual assaults.
Their bags and other belongings are snatched at bus-stops, market places and other public places every day and it is becoming an accepted way of life.
Is this the kind of society we want?
Where have we gone wrong?
Where is executive government authority?
What is the Government doing to protect its citizens, business houses and foreigners in this country?

Way forward for PNG
It has become increasingly evident that the Somare Government has lost the plot.
It no longer cares what happens to the ordinary citizens of this great nation, nor does it care for its own leaders.
The Government has proven itself to be more interested in multinational corporations in the pretext of national economic development.

THE WAY FORWARD FOR PNG IS A SECURE, SAFE AND STABLE NATON WITH PEACE AND GOOD ORDER BEING OF PARAMOUNT IMPORTANCE. PEACE AND GOOD ORDER IS PRE-REQUISITE TO ALL FORMS OF DEVELOPMENT.
As the nation has witnessed, there have been number of defections by Members of Parliament who supported the current Somare Government.
We, the leaders who withdrew our support of the Somare Government, did so because we could not tolerate the way a lot of important national issues affecting our country are being addressed and managed.
There will be more defections in the coming weeks before next month’s Parliament session, which begins on the 16th of November, 2010.

WE MUST REMOVE THE CURRENT SOMARE GOVERNMENT DURING THE NOVEMBER SESSION. WHEN WE DO, WE WILL PLACE LAW AND ORDER AS THE TOP PRIORITY.
Funding to important components of police law enforcement sections will be boosted to restore some authority and rule of law will be an immediate action by the new Government.
This will be followed by major funding programmes for Police, PNGDF and CIS.
In the Police Force, we will weed out corrupt and unfit personnel and replaced them with honest, hard working and physically fit young men and women employed from all around PNG.
Recruitment teams will go out to rural towns and communities to identify honest, hardworking and fit young men and women.
Recruitment will not be centred on Port Moresby, Lae and other major centres.
Whilst strengthening institutional capacity building, focus will also be on major increase in staff ceiling to make the discipline forces play a more active and meaningful role in a modern 21st Century PNG.
We will put more money to improve the conditions of CIS, including conditions of prisoners and CIS officers.
We will allocate sufficient funding for prisoner rehabilitation programmes so when inmates have served their terms, they will come out equipped with some skills to return to their communities as law abiding citizens.
There will be increased funding allocation to the PNGDF to improve existing facilities as well as its surveillance, civic work and other capabilities.
By addressing the current problems faced by the three disciplinary forces, we can then comfortably talk about development needs of our country.
These three important institutions must be the flag carriers of our nation.
The pride of our nation and the envy of every youth are to wear the uniform and serve our nation.
That is to provide a better and safer PNG for our people, business community and foreigners and as well as those who are here on short visits or long-term residency and tourists.
Whilst providing and securing safer communities, we will work with the churches and other recognised community based organisations to develop our communities and the nation as a whole.

This is “UNITY in DIVERSITY with PEACE and GOOD ORDER”
The security and law and order issues of Papua New Guinea are of national concern.
They are very serious issues which must be attended to without delay to save this and the future generations of PNG.
By reducing the current level of crime, it will create a climate conducive for increased foreign and local investments.
A more-peaceful and crime-free nation means more tourists coming into PNG bringing in additional revenue through foreign exchange.
As responsible elected lawmakers, all Members of Parliament are not only duty bound, but have moral obligation to move swiftly and take appropriate action to contain PNG’s law and order problem now before it is too late.