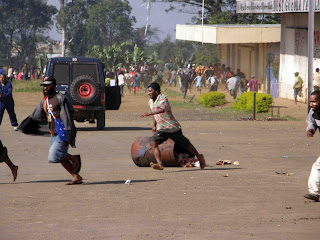 A policeman in Goroka has been shot dead (to be confirmed) as rioting in the troubled capital continues. Another has suffered severe knife cuts to the head. Both men have been rushed to ’s emergency.