Getting the 'rough end of the pineapple' 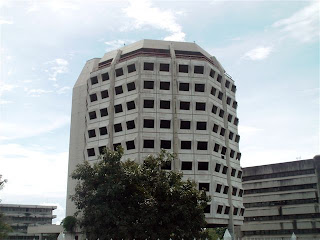 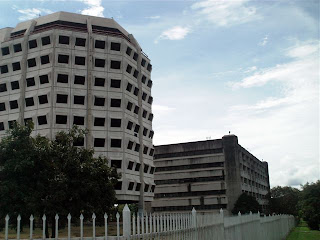 The ‘rough end of the pineapple’, Australian slang for a disadvantageous position which was made world-famous by prime minister Kevin Rudd, could be how Papua New Guineans could describe their deteriorating infrastructure, especially government buildings.
Colloquially, and literally – as seen by the ‘Pineapple Building’ at Waigani - Papua New Guineans are indeed getting ‘the rough end of the pineapple’.
The state of PNG government buildings all over the country epitomises the neglect and decline of the country since independence in 1975.
All over the country, hospitals, schools, public libraries and government buildings have basically gone to the dogs
The country's historic first Parliament (House of Assembly), in a converted isolation hospital in old Port Moresby town, has collapsed into a vandalised wreck.
The major government offices, inland at Waigani - the Canberra type geographical centre of Port Moresby - and the ‘Pineapple Building’ that once housed prime ministers, received so little maintenance that they were abandoned within 25 years of being built as health hazards.
The national bureaucracy as a result migrates from one new building to the next, leaving behind shells.
There has been much talk about restoring the first Parliament, and the ‘Pineapple Building’, however, it seems to have been much ado about nothing.
In September 1975, Port Moresby became capital city of the Independent State of Papua New Guinea.
New government buildings were constructed at Waigani area to house government departments, including a spectacular National Parliament Building, which was opened in 1984 by Prince Charles.
Other important national buildings such as Supreme Court, National Museum, and National Library are also located in the same area.
Among the buildings, there is a strange-shaped building opposite Sir John Guise Stadium.
This was originally one of the government buildings called ‘Marea Haus’, but now everybody calls it as the ‘Pineapple Building’ because of its shape resembling the tropical fruit.
All these, suffice to say, have fallen into various states of disrepair.