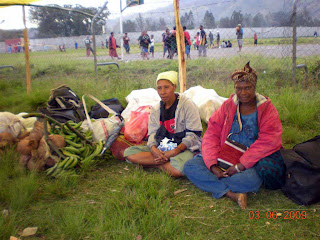 Edith Babul and her relative 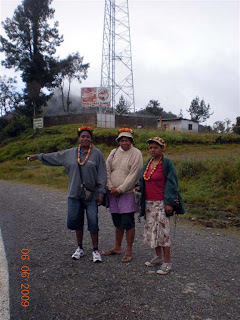 Lina Giuka, Sasha Paru and Cathy Rex at the summit of Daulo Pass showing the way home to Lae 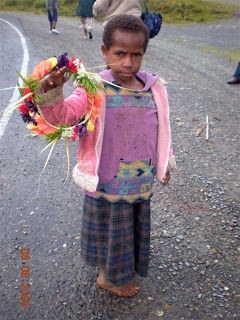 “Anyone for a flower lei,” says this little girl on Daulo Pass. The selling of floral lei made from everlasting flowers and ferns is a thriving business for the settlers along the road 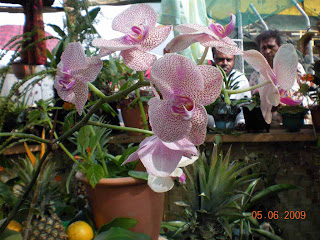 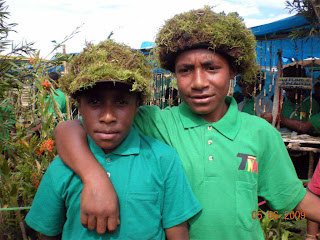 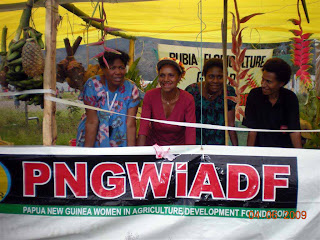