The day the tourism died in Papua New Guinea

Up until the turn of the century, says prominent tourism operator Sir Peter Barter, there were positive signs that tourism would continue to prosper providing with a renewable resource that was sustainable. 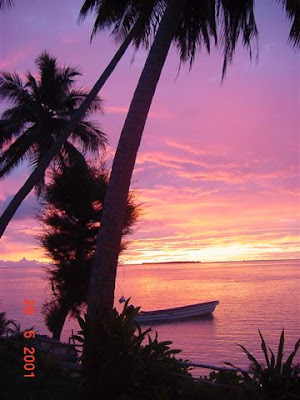 Not so, however, statistics show.
More recently, visitor arrival figures issued by the Tourism Promotion Authority indicated that PNG had one of the “fastest-growing tourist industries in the South Pacific region and constant positive media reports indicated a healthy growth”.
“Nothing could have been further from the truth,” Sir Peter admonishes. 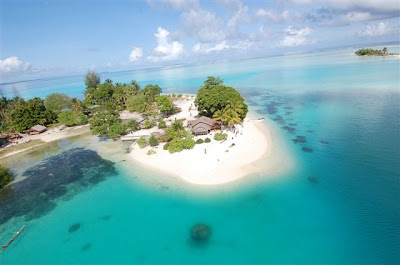 “The tourism industry in PNG generally has declined by more than 50% over the past few years.
“I refer to ‘bona fide’ tourists, not visitor arrivals which in real terms include all types of visitors to PNG.
“No one disputes there are more people arriving in PNG, (however) the reality is most are not tourists, instead,  they are people visiting PNG for other purposes in most cases work-related, many of whom abuse the ‘tourist visa’ system which help to distort the real situation of the tourist industry.” 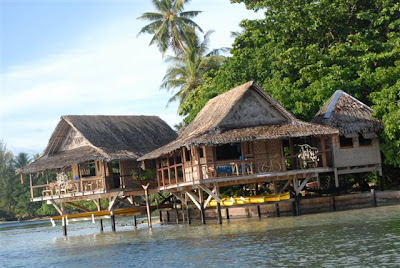 Historically, much of the growth of the tourist industry is directly related to overseas tour operators.
It is through the partnership arrangements that have been concluded between local operators in PNG and these overseas operators who for the want of a special word have ‘packaged’ tours or parts of their tours to visit PNG. 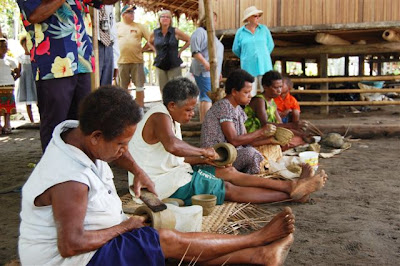 
“These overseas operators are experts in their respective markets,” Sir Peter explains.
“They produce the superb tourist brochures that highlight reasons for visiting a particular destination.
“In more recent years they have used their websites and internet to expose their destinations and tours, most of whom concentrate on their specific interests, as an example diving, trekking, birding and they know how to market their tours. 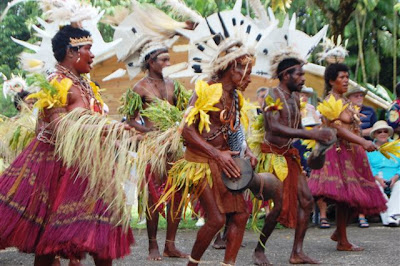 “The end result is the tourists contract to purchase the product that is described in their brochures and this has a direct impact on bona fide tourists who visit PNG.
“The number of operators featuring tours to PNG from North America, Europe, , , and would have been in the hundreds, supported by the various airlines. 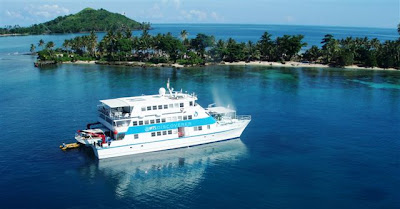 
“The exposure PNG received at this time resulted in the industry’s growth.
“This coupled with other marketing by individual operators, agents, airlines - not least Air Niugini - and hotels including the attendances at tourist shows placed PNG in the right direction to expand the tourism industry.” 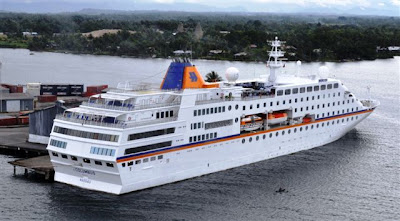 The decline began with circumstances beyond PNG’s control:  fuel price increases, SARS, terrorism, and a general change in which PNG expected a continuation of the industry to grow without the need to retain personal contact with the operators, many of whom also suffered from the same effects. 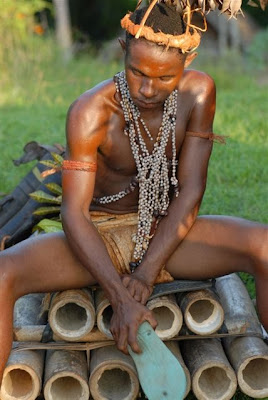 Most recently, the worldwide economic situation and continuation of problems in the have frightened tourists, especially Americans, from travelling internationally and to lesser-known destinations.
“Whilst Air Niugini cannot be blamed for the reduction in tourism, the unreliability of schedules, cancelled and disrupted flights have not been helpful over the past couple of years,” Sir Peter admits. 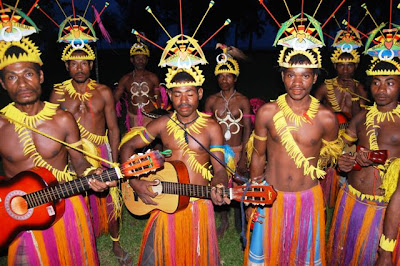 
“Tourists from developed countries have become increasingly aware of the ease to sue and tour operators are frequently targeted for not providing the services described in their brochures, which in turn has forced tour operators to sell destinations that are better known for their reliability and safety.
“Another obstacle to developing tourism is the withdrawal of commuter air services that previously linked the with the coast and islands.
“A tourist visiting PNG wanting to see each of the geographic regions is forced to fly back to and connect with flights into the next geographic region,
“This not only wastes time, but also substantially increases the airfares, making PNG more expensive to visit.
“The law-and-order situation in PNG is another obstacle and we have failed to handle this situation well in PNG.
“A good example where it has been handled well is in , where after three military coups and bad press, the tourism industry coordinated by the Fiji Visitors Bureau have quickly responded and been proactive in offering all types of deals to maintain their fledging tourism industry, which is a very-important part of the economy.
“In PNG, we have done nothing!
“Perhaps worse than the law and order problem itself is the perception created by the various ‘Travelers Alerts’ that are widely dispersed to travel agents, airlines and consumers.
“Having read some on PNG, it is a wonder anyone comes to PNG!
“An industry association no longer appears to exist!
“If it does it is not effective!
“In , the Fiji Visitors Bureau along with the industry members have coordinated their efforts to recover the damage done by the coups.
“It goes without saying that a travel or tourism association in PNG could do the same, yet, attempts to date have really failed to support a number of attempts to establish industry associations.”
Sir Peter, however, is not all a harbinger of doom about PNG’s tourism industry.
“There are many types of tourism catering for various interest groups,” he lightens up.
“The one segment that has been doing relatively well is the Kokoda Track, but this year, again, there has been a large decrease in numbers of people walking Kokoda.
“PNG is well-known for its spectacular diving and the dive segment has always shown some growth, but over the past year, it also has experienced a decrease.
“For more than 30 years I have endeavoured to develop a cruising segment and finally sold the Melanesian Discoverer because it was becoming almost impossible to transport our passengers to and from the ship by Air Niugini and charter aircraft in and out of the .
“Since we sold the ‘Discoverer’, we have been assisting international expeditionary vessels continue to operate in PNG waters.
“We act as ships and tour agents for most tourist vessels visiting PNG and again, the difficulties experienced by the owners of these vessels deter many from coming back into PNG.
“I will not go into the detail, but excessive charges of fees levied, overtime claims by officers, inconsistent rules, policies, charges for services not provided are just some of the obstacles faced in handling tourist vessels.
“TPA and are seriously considering ways in which these problems can be eliminated to restore confidence in attracting motor yachts and cruise ships, as like other segments in the tourism industry, cruise ship operators class PNG as one of the most-exciting and interesting destinations in the world.”
So how does Sir Peter see things in his crystal ball?
“It is encouraging to see competition on the Cairns/Port Moresby route and equally encouraging is the development of more hotel rooms in , Rabaul, Madang, Wewak,” he forecasts.
“Regretfully, most of these rooms have not been built to cater for bona fide tourists, rather, commercial travellers and work related accommodation due to the development of resource projects under way in PNG.
“Whilst Cairns is gearing up to cater for increased visitors that are expected to fly in and out of PNG with the LNG project, little is being done to encourage imported workers to either reside in PNG or take the R and R (rest and recreation) in PNG.
“It is difficult to force this issue unless confidence can be restored as to the safety of the various potential tourist destinations in PNG and this should be one of the tourist industry’s prime objective.
“It makes sense to attract workers in the LNG project to really see PNG and return to whence they come as good ambassadors, rather than pessimists, spreading doom and gloom about PNG which is not warranted.
“We spend millions of kina on the development of our natural resources that ultimately will be exhausted.
“The one industry that is sustainable is tourism and yet it is not given the priority it deserves in PNG.”
Posted by Malum Nalu at 7/19/2010 06:28:00 PM