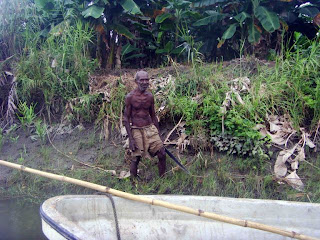 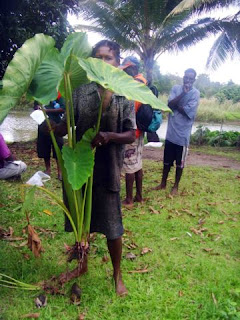 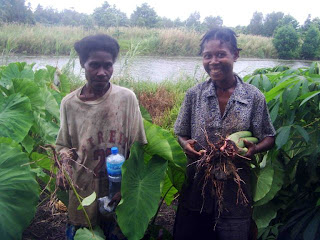 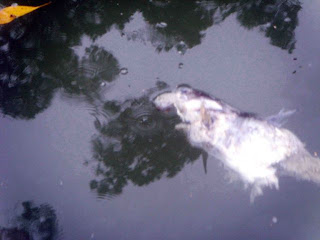 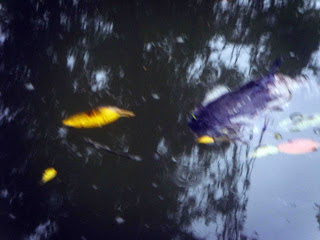 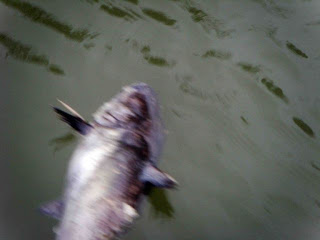 The plight of Iruupi villagers in Western province, regarding their , continues to worsen by the day, according to villager Thomas Ame.

Mr Ame today showed pictures and video clips of villagers with rashes and sores on their bodies, dead fish, as well as food crops affected by the river.

A report by the division of health in Daru dated October 15,  confirms that the villagers are facing food problems as a direct result of the :

•           People were generally lost and wondering what was happening to their environment;

•           Water samples were collected near upstream near a swamp, midstream close to Iruupi and  from Drageli village;

•           Fruit trees including coconut, pawpaw, banana and others were not bearing fruit while taro was not producing; and

The report said people were moving away from the river as this phenomenon was destroying the livelihood they had enjoyed.

It added the problem was a kind of “complicated natural disaster” which nobody knew the cause of at this stage.

The report recommended that private scientific consultants be engaged to carry out studies;  Department of Environment and Conservation must closely monitor the situation;  provincial government and administration must support and fund a detailed study;  and proper and adequate sampling must be done to determine the physical, biological and chemical state of the river.

“Fish and other animals are continuing to die,” Mr Ame said.

“There is no food in the village because the food gardens are beside the river, and now, the villagers are making new gardens near the village.

“They get body pains when they touch the water in the river.

“Boils and rashes start appearing on their bodies

“People survive mainly through selling meat such as deer and wild pigs, and then using the money to buy food from the stores in Daru.

“People are surviving on sago and coconuts.

“People have put a stop to using the water from the river.

“They only use rain water these days.

“About half of the villagers are affected and the provincial government has taken so serious action to do something about this.”

In September, the villagers raised concerns in a letter to Governor Dr Bob Danaya, South Fly MP Sali Subam, and the Departments of Petroleum and Energy and Environment and Conservation about the increasing number of dead fish being found in the .

At the beginning of October, after no response from relevant government authorities, the villagers again complained about dead fish and crocodiles, as well as birds, pigs, deer and wallaby.

Iruupi, south of Daru near the Torres Strait, is closer to than the Western province capital.