NORTH PLATTE, Neb.-- A North Platte woman can sleep peacefully now, finally having closure about what happened to a missing World War Two plane and the men on it. 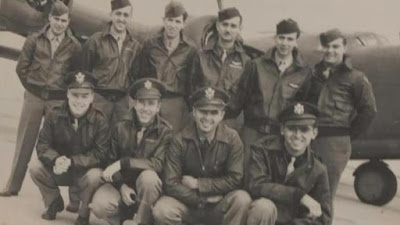 Mary Pieper remembers her first cousin Joe McFadden like it was yesterday. Pieper says that McFadden was more like a big brother. He had a fun personality and a bright smile. Pieper always looked forward to spending time with him out in the country.

"He made a really big impression on me," Pieper said. "You always saw him with a smile."

She can also recall vividly the day that she found out his B-24 bomber went down during the war. The day was March 11, 1944 and she was just 14 years old.

"It was sad," Pieper said. "It's kind of hard to explain. It was kind of unbelievable, I guess."

McFadden's plane crashed off the coast of Papua New Guinea at Hansa Bay with 11 men on board.

The non-profit organization Project Recover took to the ocean waters in October 2017 in an attempt to find five fallen U.S. air crafts.

"I'm glad this happened before I get any older," Pieper said.

Pieper is the last living person who knew McFadden, but she shares his story with family so that he is never forgotten.