Washington D.C. [United States of America], May 20 (ANI): The U.S. State Department, has in a secret report commissioned by it recently, warned that China is offering a hundred billion dollars worth of loans to Australia's smaller regional neighbours in a bid to gain economic leverage and strategic and military prowess in the Asia Pacific region. 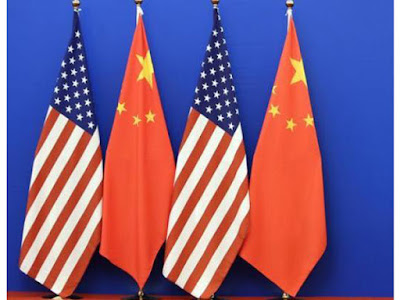 According to an article published by the Australian Financial Review (AFR), at least 16 states, including Vanuatu, The Philippines, Cambodia, Laos, Thailand, Malaysia, Sri Lanka, Tonga and Micronesia and Papua New Guinea are falling for China's so-called "debt book diplomacy".
For example, the AFR article cites the case of Papua New Guinea (PNG). Historically, it has been in Australia's orbit, and now, news is in circulation that it has accepted Chinese loans that it possibly cannot afford to repay.
What concerns both Washington and Canberra is the fact that PNG is strategically located in the Asia-Pacific region and has significant liquefied natural gas (LNG) and other resource reserves which Beijing could have access to in the long term.
The AFR quotes co-author and Harvard researcher Sam Parker, as saying, "China is giving hundreds of billions to countries that cannot afford to repay it, and it's going to want something in return for that money."
He adds, "China's public-private economic model makes it possible to transform economic debt into strategic influence and wealth."
According to the State Department commissioned secret report, China is spreading its wings in the Asia-Pacific region and is well on its way to ousting the United States as a power to be reckoned with in the region.
Taking advantage of President Donald Trump's lack of economic commitment to the region, Beijing has been providing infrastructure financing to countries through the one trillion dollar Belt and Road Initiative (BRI), using institutions like the China Development Bank and the Export-Import Bank.
The State Department commissioned report warns that this "debt book diplomacy is likely to play a key role in China's multi-faceted campaign to erode strategic benefits" from America and its allies and shift the balance of power in Asia.
Vanuatu is already "deep in debt" to China and now the latter "is positioning itself to capitalise on the impending fiscal plight of the Pacific Island states," the document states.
Last month, Fairfax Media reported that China held tentative talks with Vanuatu over the construction of a military base for naval vessels in the South Pacific Ocean less than 2,000 kilometers from Australia.
China and Vanuatu both denied that any plans were in progress, but Australian Prime Minister Malcolm Turnbull and his National Security and Defense Spokesman Richard Marles have taken this claim seriously.
Turnbull has warned Beijing that Australia will strongly object to a Chinese military base coming up in the South Pacific over fears that it could endanger regional peace.
Last month, he is reported to have sought reassurance from Vanuatu's Prime Minister Charlot Salwai that a China-funded port would never be used as a military base in his country.
American and Australian security experts fear that China's economic influence on Pacific nations could allow the Chinese military access to strategic defense infrastructure such as ports and airstrips near international waterways patrolled presently by the US Navy.
Andrew Shearer, a former National Security Advisor to Australian Prime Ministers John Howard and Tony Abbott, believes that the threat from China is real and risky, and must not be ignored.
He cites the example of the Hambantota Port in Sri Lanka and how Beijing has been able to secure a 99-year-long lease to manage the port's operations because of Colombo's inability to pay off a USD 8 billion loan that it took from China-controlled companies.
"The establishment of a military base in one of the key islands near our northern approaches would be a major problem for Australia," said Shearer, now a Senior Advisor for Asia-Pacific Security at the Center for Strategic and International Studies in Washington.
"Australia remains an influential country in the region and an important source of support, but should step up its engagement and co-ordinate its efforts with other partners such as New Zealand, Japan and the United States."
China has poured money into Pakistan's Gwadar Port. It has invested in 760 projects in Laos. There are many examples of China using its overpowering economic muscle in countries like South Korea and The Philiippines in the year gone by.
Beijing, according to the AFR article, is posing a challenge to traditional Western financial institutions like the International Monetary Fund, the World Bank and the Asian Development Bank.
It quotes David Lampton, Director of China Studies at the Johns Hopkins School of Advanced International Studies, as saying that "China is financing a mix of "good and bad" belt and road infrastructure projects."
At the same time, he also says, "In fact, many Chinese are worried that China is throwing money into hopeless projects."
China's debt has ballooned from 141 percent in 2008 to more than 250 percent of GDP.
"I believe China is taking a 30-year perspective. The Chinese are likely to write off much, but at a strategic level, they believe that once this infrastructure is created, it will be theirs to reorienting production chains as labor costs rise and the flow of assets towards China," Lampton adds.
The State Department report recommends that Australia, India, Japan, and the United States engage in a joint dialogue I which New Delhi's role as a regional leader is strengthened to ensure rules-based order in the Indo-Pacific.
It also suggests that Washington extend support to the Asian Infrastructure Investment Bank as a bargaining chip to make China a more responsible lender.