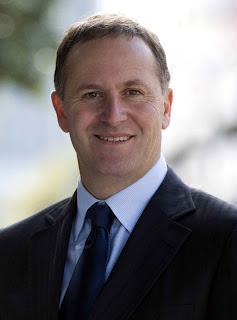 Hon John Key New Zealand Prime Minister
The men who landed at Gallipoli on 25 April 1915 could not have foreseen how that date would become embedded in the consciousness of future generations. Year after year, New Zealanders reflect on the sacrifice of our servicemen and try to make sense of that piece of history.
ANZAC Day has become an opportunity to honour all New Zealanders who have served in times of war. It is a day to mark our proud history of sacrifice and heroism, to remember those men and women who put their lives on the line for our country, and who fought for a better world.
And it is a day to reflect on our ties to each other and our shared nationhood.
When I attend ANZAC Day ceremonies I am inspired to see the large numbers of young New Zealanders who stand shoulder to shoulder with proud veterans. ANZAC Day has become a day that unites generations of New Zealanders and that binds us to our history as a country.
This year, there is a special significance as we mark the 70th anniversary of the beginning of World War Two.
It is sobering to remember that the First World War – “the war to end all wars” – sowed the seeds of a new catastrophe for the next generation. Some New Zealanders remember World War Two. By listening to their stories, we learn about a period of history that should never be forgotten.
We no longer have that opportunity in relation to the First World War, but there is much that can still be done.
New Zealand has signed a “Shared Memories Arrangement” with the Flanders and Belgian governments. In reflection of this, an exhibition from the Memorial Museum Passchendaele is currently touring New Zealand. It is called, “The Belgians have not Forgotten” and includes images and artefacts from the Western Front.
War memorials and cenotaphs nationwide are a permanent reminder of the toll of the Great War. The Western Front claimed the most lives. But it was in the trenches at Gallipoli that the terrible nature of this war first became clear.
Our servicemen met adversity with courage and honour. In the words of Governor-General Sir Charles Ferguson on ANZAC Day 1928:
They showed us how it is possible for men and women like ourselves – not heroes, but commonplace people – to rise to heights of sacrifice which had never been known to be possible. They raised to a higher plane the standard of life of every one of us. The inspiration they have given will last and will be handed down to generations yet unborn.
Posted by Malum Nalu at 4/25/2009 03:00:00 AM