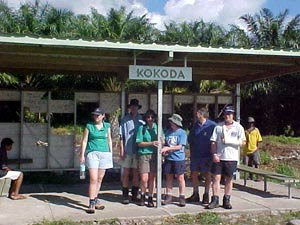 Trekkers at Kokoda before departing on the journey of a lifetime 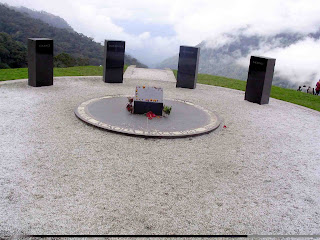 The four granite sentinels at Isurava 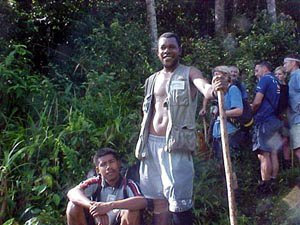 The author (right) with his faithful guide Kevau 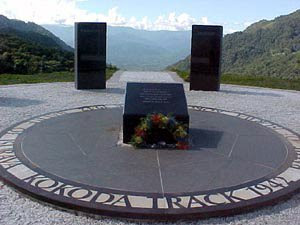 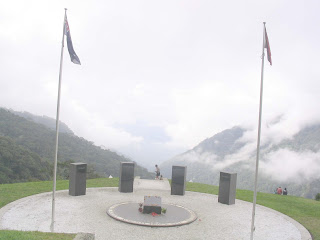