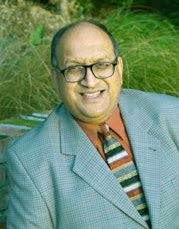 Greetings, Kia Ora, Kia Orana, Fakalofa Lahi Atu, Taloha Ni.
25 April 1915 has great significance for New Zealanders as the day the Australian and New Zealand Army Corps landed at Gallipoli, beginning one of the most gruelling campaigns in modern history.
It has been estimated that some 13,977 New Zealanders served at Gallipoli, more than half were injured, and about one fifth died. The losses experienced by both sides of the conflict have had repercussions to this day.
But the Gallipoli experience has other meanings for us too. It has been described as a “coming of age” for New Zealand, a trial by fire in which a small Dominion of Great Britain discovered its own mettle, sowing the seeds of a distinct national identity.
It was there, too, that a new respect developed between Australian and New Zealand troops, and the ANZAC spirit was born. In the words of Australia’s renowned historian Charles Bean, referring to the first few days of the campaign: “Three days of genuine trial had established a friendship which centuries will not destroy.”
New Zealand and Australia have a long history of working together for a positive cause. Our joint efforts to promote good governance and stability in the Pacific are one example; joining forces to provide relief in Indonesia and Thailand after the tsunami is another.
New Zealand’s offer of assistance during the devastating Victorian bushfires, too, reflects the certainty that when help is needed we can depend on each other.
The landing at ANZAC Cove captured the imagination of the nation. More than 90 years later, increasing numbers of New Zealanders commemorate ANZAC Day. It has become a time of reflection on the sacrifice of those who have fought in many different arenas of war over the past century.
We honour, too, the veterans still among us, and today’s armed services who continue to do us proud working in pursuit of peace.
No reira, tena koutou, tena koutou, kia ora, kia kaha, tena koutou katoa
Posted by Malum Nalu at 4/25/2009 02:00:00 AM