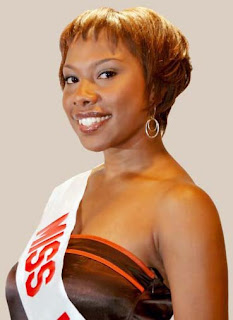 By CHRISSILLA KABE TALIS of The National, Papua New Guinea's No. 1 daily newspaper

Ms Singut, 21, comes from a mixed parentage of East Sepik and .

She is currently a third-year journalism and environmental science student at the .

She was crowned Miss PNG Red Cross earlier this year.

’s quest organising committee has reignited its relationship with the regional pageant, hence, the inclusion of PNG in their board of directors and the attendance of the reigning Miss PNG Red Cross to the MSPP.

Ms Singut will be leaving for on Nov 20.

She will be up against nine other contestants from around the South Pacific.

The other island countries sending in their contestant are America Samoa, Cook Islands, French Polynesia, , , , , Niue and itself.

The reigning Miss South Pacific is Vanessa Marsh from .

Meanwhile, the MSSP organising committee has set up a website www.misssouthpacificfiji.com, where you can vote for your favorite.

Mr Toka said PNG is the largest Pacific country and everyone should get behind Ms Singut by placing a vote for her on the website.

His team is confident of her chances.

It is also taking this opportunity to promote PNG tourism while in and will also bid for PNG to host next year’s pageant.