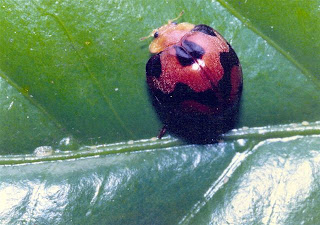 Biological controls are the way to go in minimising the spread of coffee green scale (CGS) affecting the coffee industry in .

Research conducted by the Coffee Industry Corporation (CIC) funded under the Australian Centre for International Agricultural Research (ACIAR) on CGS showed that most smallholder coffee farmers lived with the pest or ignored the problem due to limited knowledge on its control.

But the good news is that biological controls or natural enemies of the coffee pest are being reared under quarantine and others have been released into the field to control CGS.

The existence and effect of local natural enemies such as the ladybird (Metaphycus baruensis, and verticillium lecanii) on the CGS remains minimal.

According to technical experts on the study, this was caused by a variety of biophysical factors in the environment where the organisms existed and also due to local hyper-parasites and ants that protected the scales.

Another natural enemy, the wasp (Diversinervus stramineus), brought in from to be released for CGS control, is currently being reared under quarantine.

Other control measures are cultural and chemical measures.

Pumpkin attracts the ladybird insects, which in turn would feed on the scales on the coffee plant.

Pruning and good coffee sanitation is also a way to control CGS.

Another option is to increase shade level.

The level of shade appears to influence CGS infestation levels.

Where shade is high, CGS infestations are lower.

Some farmers apply chilli on the coffee crop to deter ants while others use soap water. Bonfires have also proven to keep ants away by creating smoke.

Chemical measures are usually applied in larger commercial coffee plantations and estates because they can afford it.

Farmers are prepared to take up relevant CGS control techniques if the cost is low in terms of money and time.