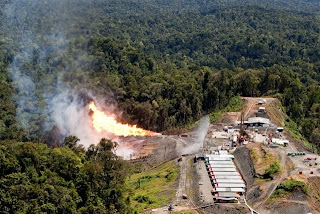 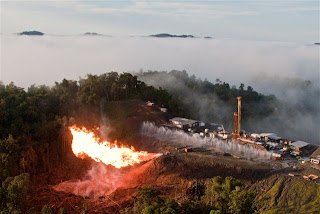 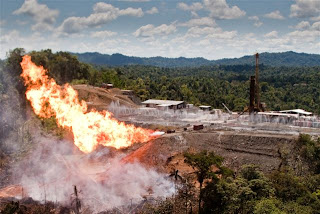 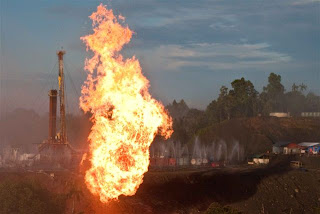 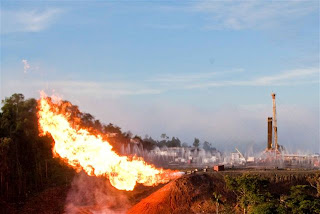 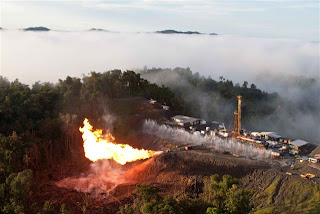 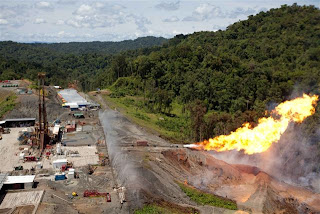 GOVERNMENT OF PAPUA NEW TO TAKE 22.5%

The signing was witnessed by the Prime Minister Sir Michael Somare.

The Agreement sets fiscal terms for a twenty year period, which include a 30% company tax rate and certain exemptions applicable to large scale projects of this nature.

It also provides for a 20.5% ownership stake to be held by the Government of Papua New Guinea’s nominee, Petromin PNG Holdings Limited.

A further 2% ownership stake will be taken by landowners directly affected by the plant.

As previously announced, the proposed LNG project would be developed by InterOil and its joint venture partners Pacific LNG Operations Ltd. and Petromin PNG Holdings Limited. The project targets a $5 to $7 billion LNG facility, with multiple trains.

Additionally, the Agreement provides for the expansion of the plant up to 10.6 million tons per annum (mmtpa).

While current plans call for first production of LNG towards the end of 2014 or beginning of 2015, InterOil is progressing a proposed liquids stripping plant, to be located in Gulf Province, in late 2011/early 2012, which would provide an attractive revenue stream prior to the commissioning of the LNG plant.

Sir Michael Somare, Prime Minister of Papua New Guinea, stated, “The government of Papua New Guinea, through its long standing partnership with InterOil, has secured an ownership stake across the entire value chain from wellhead to LNG offtake in a world class energy development project that will significantly contribute to national prosperity and fiscal security for many years to come.

“The national equity interest, to be held by the state’s nominee Petromin PNG Holdings Limited, aligns the Country’s economic interests with its partners and provides strategic assets for national security.”

Phil Mulacek, Chief Executive Officer of InterOil, commented, “The Government of Papua New Guinea has firmly demonstrated its commitment to delivering a stable, long-term supply of energy to a growing Asian market.

InterOil Corporation is developing a vertically integrated energy business whose primary focus is and the surrounding region. InterOil’s assets consist of petroleum licenses covering about 3.9 million acres, an oil refinery, and retail and commercial distribution facilities, all located in . In addition, InterOil is a shareholder in a joint venture established to construct an LNG plant on a site adjacent to InterOil’s refinery in . InterOil’s common shares trade on the NYSE in US dollars.

PNG Holdings Limited is an independent company created by the State of to hold the State's assets and to maximise indigenous ownership and revenue gains in the mineral and petroleum sectors. It is empowered as the vehicle to better leverage the State's equity holdings and encourage more production and downstream processing of oil, gas and minerals in PNG through proactive investment strategies either wholly or in partnership with resource developers. Petromin provides real opportunity for Papua New Guineans to increase ownership of their resources in mineral & petroleum assets.