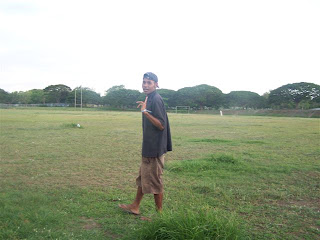 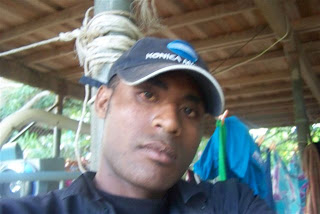 Children of mix parentage have the benefit of being from two or more provinces or even nationalities but there are times when some of these children are never given the opportunity to visit home provinces of either one of their parents.

This in itself is a sad state of affairs mainly because they miss out on the richness of the cultural heritage they inherit from either parent.

We refer to most of these as city kids who identify themselves with a province only by name.

For my son Joel, it has taken 20 years, but this Christmas he is fulfilling on his mums’ wishes and that is to have her own son return to the island of her birth.

“It is a wonderful feeling to have  this young man go ashore at my  home, wonder through the forests, watch the sunset from the mountains, swim in the same rivers, fish the creeks  for fresh water prawns  as I did in my teens and  get to understand  the life I  left  behind ,” Stephanie says.

Joel is of mix Oro and Siassi parentage and has spent most of his time growing up in and Eroro with a bit of time in Toowoomba in between.

But this Christmas he has decided to book a flight to Lae and get on a coastal ship for the one and half day sea journey which will take him to Finchhchafen and on to Siassi.

“Mum is from Gasam village and I have never been there so this will be quite an experience for me,” JK said.

Years ago Stephanie ventured from her home on Siassi like all other youngsters from the island and arrived in to train as a dentist at the .

Some years later she moved on and joined the department of Post and Telegraph which later separated to become Telekom PNG.

Stephanie raised two girls who now have their own families and her baby boy JK is now a young man of 20.

“It is nice that my own son should decide to retrace my journey to Siassi to see where I come from, she said.

The prospect of travelling to Lae on an F100 is a far cry from the usual Dash 8 flights to and from Popondetta.

He is going home in the company of his mother’s younger brother Jerry who just as excited to have him.

“It is going to be one hell of a home coming and everybody is excited about this,” Jerry said.

Joel is named after his maternal grandfather the late Joel Som Kamia (Yolex).

In his prime this great man stood tall and elegant. He was descended from great warrior chiefs and took over on the death of his own father to be head of the Aslem Ngaivon clan.

But early in life he answered the calling of the Lord which took him and a young family away from home to spread the word of God in far off Sirunki valley of the Enga province.

Siassi is a small island just off the coast of but is part of the .

It is rich in it cultural heritage for which the Sia dance is known throughout the country.

The people are spiritually linked to the land and the sea and they depict this relationship in their arts and crafts and their dances and demonstration of their hospitality to visitors.

It is a culture where the eagle, the fish and the  snake feature prominently while Bunrailum the fair fairy of the lakes who appears occasionally and  weeps as a sign that a member of the clan is about to pass on.

Joel will not be an ordinary visitor because he is the son of a woman who herself is an elder of her clan.  He will be treated with respect because of his mother’s status and his peers will hold him in high regard and relatives will go out of their way to make his stay as comfortable as possible.

But for JK the protocols of customs will not dampen the reasons for his own pilgrimage to Gasam village.

All the children’s stories he heard from mum while she was nurturing him will no longer be just stories but real people and places.

The many bays and lagoons protected by coral reefs  which as a young girl she would collect coral to process into lime and, the  white sandy  beaches, crystal clear waters  from  mountain streams cascading over rocks and pebbles.

It is an island of magic, beetle nut pepper fruit and lime where the taro and fish is plentiful and the mountains gently roll onto the ocean forming a picturesque coastline from which you can take in distant lands as far off as Madang, and Rambutso on Manus.

Joel is crossing a bridge his mum built years ago that linked her people of Siassi with her in-laws thousands of kilometres away at Eroro village on the many years ago.

It will be a whole new   ball game and for the first time to experience his mother’s side of his life and his uncle Jerry will take him by the hands and guide him, educating him in the knowledge of customs and their ways and he will show him clan boundaries of land and the sea and help the young man conduct himself and induct him to be part of his mother’s culture.