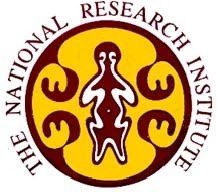 By Dr HENRY OKOLE
Political Elites and State Legitimacy
As the new political elite around independence acquired personal interest in the new state structure as well as continuing colonial institutions – including the economy - an opportunity to serve the public without reservation was then missed.
It came to pass therefore that political elites and public servants carried out their responsibilities but with a foot each firmly placed in their respective traditional societies and the modern state.
To be sure, PNG was not unique in this regard.
All the same, it became a problem for the country when the state system was compromised by individuals who took advantage of public institutions and laws to serve their private ends – even when decisions were legitimately taken.
What is seen today is the existence of a hybrid national political culture that has evolved over time out of the hundreds of cultural units.
It defines the way the government exist and state institutions operate.
It is this political culture that offers legitimacy to the country’s political practices.
It does not mean that the practices are always beneficial, lawful and public-centred.
It simply means that they are the way things are done, understood and sometimes condoned – i.e. the PNG way of doing things.  Recognition and acceptance offers credibility and legitimacy.
This in turn becomes the basis for political authority.
State legitimacy therefore derives its meaning and intent from other additional sources of authority quite apart from the country’s body of laws and conventions.
The weakness of public agencies to impose the will of the state in turn reinforces the credibility and even public acceptance of these extra sources of authority.
The Weberian state’s claim to the monopoly of power is then marginally true in the country.
Three or two Arms of Government?
What was starkly evident over the last few months in this standoff has been that the traditional separation of powers among the three arms of government now exist in law and theory only.
There are in effect only two functional arms of government: the judiciary that for a large part has always persevered to maintain its independence, and the executive.
What has transpired is the latter has slowly usurped the authority of the legislature.
This caused Hon Carol Kidu to describe the situation as having a “parliamentary democracy with NEC dictatorship.”
The executive dominates everything even to the point where perhaps it is fair to say that the opposition can either be accommodated or isolated – depending on the mood of the government of the day.
The fact that there is a gravitational pull towards the government side is to be expected.
To survive, most MPs see the need to align themselves with the government of the day just to ensure that they have access to pork barrel resources and other perks.
However, by swelling the side of the government over the opposition, legislature itself loses its grit in its oversight role.
The parliamentary committee system has not been functioning properly over the last 20 years.
The committees normally should have catered for the backbenchers in the government as well as members of the opposition.
Instead we have seen the increasing use of Vice-Ministers which again strengthens the arm of the executive.
The committees have important roles to play to enhance oversight in Parliament, shore up accountability in the public service and establish another opening for dialogue between MPs and the public.
Then there is the role of the Speaker’s office that is supposed to be impartial.
In all, there is a serious need to revise Parliamentary Standing Orders.
While ‘majoritarian rule’ is the core of our Westminster system of government, it does not bode well with weak political parties and voters’ perception of MPs who are judged as deliverers of tangible goods and services - and much less as legislators.
Therein lay the principal causes of parliamentary instability: (1) a legislative design that consistently guarantees the dominance of the executive over the legislature, and (2) voters who mistake their elected representatives for deliverers of goods and services, which in fact is the role of the state.
The MPs on their part entertain the expectations of the voters because it matters for their political careers.
Then there is the role of money politics that has conveniently served as a lubricant either to form or break coalitions.
Money politics is palatable to power politics given that securing the executive comes down to amassing the numbers on the floor of Parliament through financial inducement, be that as personal gain or constituency projects.
Another trend associated with the dominance of the executive has been a propensity to amendment existing laws and provisions to suit circumstances of the day.
Understandably, such changes can only be done with sufficient numerical strength in Parliament.
The rather raucous manner in which piece-meal amendments have been made, or new pieces of legislation have been pushed through without proper debate, have led to poorly conceived government undertakings over the years.
For instance, the merits of the provincial government reforms in 1995 are yet to be fully understood today.
The present women’s bill is in danger of becoming another farcical law if its potential implications are not aligned properly with the existing political reality on the ground.
Possible Way Forward
If it took a national consultation process under the Constitution Planning Committee (CPC) to place the foundation of the country in the early 1970s, perhaps it is high time a similar exercise is commissioned to review the pillars of the state.
It is truly a pity that the consultation process that was set up to lay the ground work for the PNG Vision 2050 was not capitalised on to assess the merits and performance of state institutions.
A CPC-like consultation process SHOULD NOT be a licence to alter the National Constitution.

On the contrary, it should offer opportunities to explore ways that protect and strengthen the Constitution.

Very often, it is not the precepts of the Constitution and other laws that are out of vogue with reality in the PNG society.

Rather, the laws are often unfairly projected against people’s conniving actions and behavioural issues.  Inherent to our political culture has been a tendency to “bend the rules” to accommodate private interests rather than allow the rules as intended to guide community conduct.

Without public consultation, the onus to address issues of institutional decay will be in the hands of the MPs.

The challenge therefore is a question of political will.

And even if political will is granted, it then becomes a question of whether MPs will be willing to make the hard choices that may end up jeopardising their political careers.

Moreover, a national consultation process would allow more credibility and legitimacy to the proposed changes.

For all of the above, the country needs to go back to the starting blocks and allow the public to decide what is best for them.
Terms of reference for the review can be appropriately drawn up, but the underlying rationale is that it is high time the public stands up and remind the MPs that they are mere caretakers of their interests.
The danger with not doing anything is it is almost guaranteed that another standoff, perhaps of another type, is bound to happen. The pillars of the state are already out of synch with the political reality in the country.
* Dr. Henry Okole is a Senior Research Fellow under the Institutional Strengthening Pillar at the    National Research Institute
Posted by Malum Nalu at 1/25/2012 07:47:00 PM