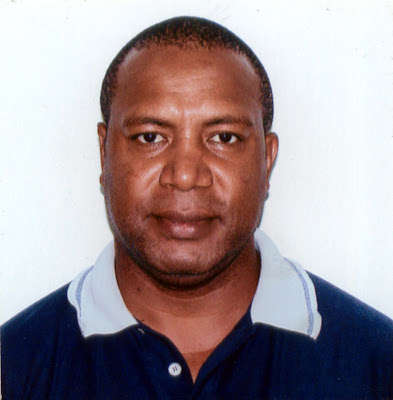 Chris Karma Kaines, from Gassam village on Siassi Island, Morobe province, died in a mysterious Cessna 206 plane crash in the mountains of Myola, along the Kokoda Trail, on Thursday, August 7, this year, on his return from Goilala.

There are several unanswered questions as to the flight plan given to the Civil Aviation Authority, the air worthiness of the Cessna, why the operator has disappeared since the death of Chris, is there any truth that Chris was carrying mercury and a large amount of money when he crashed, and many more, including questions on the involvement of certain groups and individuals.

Reporters probing the crash been hitting a brick wall at CAA when trying to get information on the crash.

Chris was a very experienced aviator, whose feats are the stuff of legend, including busting gun smuggling operations in Western province with police, once landing on the Hiritano Highway when his engine failed, who in 2006 year flew a private plane from the USA to PNG, and whose ambition in life was to buy his own plane and run a charter operation.

His best friends were from Butibum village in Lae, and he grew up with us, played with us, and drank with us as we were all one family until his tragic passing.

We will always remember this athletic, handsome and easy-going young man who had a huge passion for life.

Chris Kaines was born at Minj in the Western Highlands province but grew up at Mendi in Southern Highlands,

His father was a police sergent from Siassi while his mother was from Iokea village in the Gulf province,

Chris was a very experienced aviator.

After his training in a private flying school in Australia, self-sponsored, he flew crop dusters.

He flew for various charter operators in PNG.

Once, he ran into engine trouble and landed somewhere near Yule Island, on the Hiritano Highway, and after repairs, took off again.

When police needed an aircraft and a pilot to bust a gun-smuggling operation in the Western province side of the border, they were recommended Chris as the pilot and they still speak highly of that operation and the skills of the pilot.

“Chris was a very adventurous person,” said his brother-in-law and Post-Courier journalist Newman Cuthbert, who delivered the eulogy at his funeral service in Port Moresby last week, before the body was taken home to Siassi,

“He never joined Air Niugini or a commercial airline because he wanted to be in command of his own aircraft.

“He was not cut out to cart passengers but was attracted by the prospect of flying into remote locations and challenged the dangers of the weather and dangerous terrain of PNG head on.

“Chris always told my missus - his sister - when she told him time and time again of her concern of him operating small aircraft in remote locations: ‘Big sis I know what I am doing’.

“Danger and death was the most remote thing on all our minds for Chris.

“He had a lot of friends - those he grew up with and kept close to his roots.

“When logging was introduced to Siassi and as part of a family of principal land owners, Chris expressed concern about illegal logging and made it known at family discussions that the family members at home should never be manipulated by foreign logging companies but should benefit.

“‘We must receive our share of royalties but our old people must benefit before their time is up’ he used to tell missus.

“Chris left his first wife Betty and married her cousin also called Betty from whom he had three children.

“The father passed away two years ago and Chris flew his body home to Siassi.

“As a child he loved adventure movies like cowboys and Indians, and if there was something that looked complicated, he wanted to know what made it work.

“Recently, with another pilot friend, he took delivery of an aircraft from the USA and flew it home to PNG.

“His ambition was to buy his own plane and operate a charter company.

“He wanted the family and clan involved and we were all in the process of looking at that prospect.

“His best friends came from Butibum.

Email ThisBlogThis!Share to TwitterShare to FacebookShare to Pinterest
Labels: Late Christopher Kaines was an experienced pilot