Whale shark beached up on Iokea 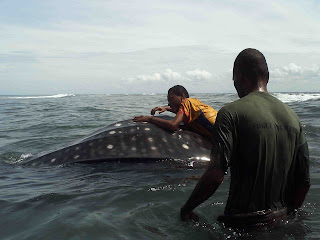 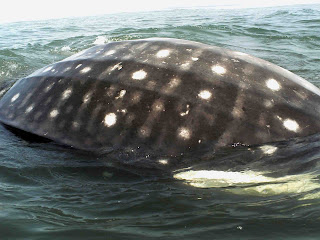 Villagers from Iokea in the Gulf province were surprised to find a whale shark beached up on their shores last Sunday morning.

Thomas Auhava, curator of the outside , was at his Iokea village at the weekend and took pictures of the beached whale shark.

Pictures taken by Mr Auhava show a whale shark with white spots on its back.

“It couldn’t get out because of shallow water.

“It was just waiting for the tide to push it out.”

Iokea villagers took a ride on the back of the beached whale last Sunday.